Analysis of the current state of the armed forces of the post-Soviet countries (excluding Russia) suggests that their prospects are not very bright. Some may disappear along with their armies.

At the moment, the best situation in Kazakhstan and Azerbaijan. Thanks to the export of natural resources, these countries have enough money to purchase modern weapons in more or less needed quantities, and they are bought in Russia, in Israel, and in the West. Astana and Baku have their own military-industrial complex, albeit low-powered, but successfully developing, and also, very importantly, an adequate array of personnel for the development of modern weapons (both production and operation). The April “microworld” in Karabakh confirmed that the technical capabilities of the Azerbaijani Armed Forces have increased significantly. True, the current fall in oil and gas prices can deal a serious blow to military construction plans.

Ukraine and Belarus have both highly developed defense and industrial complex, and a lot of equipment, and enough qualified personnel. However, their military prospects are much worse than those of Kazakhstan and Azerbaijan, since the economic situation in both Slavic countries is close to catastrophic, which makes it impossible to update their large, but heavily worn-out still Soviet arsenals.

At the same time, the situation in Ukraine (in more detail, “The Loop of Independence Square”) is much worse, since the Kiev authorities are purposefully targeting the country with total embezzlement. Because of this, it’s extremely difficult to talk about its prospects in general and the army in particular. The Belarusian situation is not so dramatic, but a combination of socialist experiments in the economy with a “multi-vector foreign policy” (according to the official wording of Minsk) can lead this country to very sad consequences.

Armenia is a kind of Caucasian Israel. The country has no resources, is in a very unfavorable geopolitical situation, but pays great attention to military construction. For reasons primarily economic in nature, Russia is unable to fully become what Armenia is the United States for Israel. However, whatever some citizens of the fraternal republic think about this, their country doesn’t have an alternative to the Russian Federation as the main geopolitical ally, and this is clearly demonstrated by the example of neighboring Georgia. In Tbilisi, immediately after the collapse of the USSR, they put "on another horse" and now they can not abandon the former, recklessly pro-Western policy, although it was she who led to the loss of 20 percent of the state territory without the hope of returning without bringing the slightest economic prosperity. The prospects for military construction in Georgia are also not encouraging. The country has big problems with resources, and with equipment, and with personnel, and with the defense industry.

Uzbekistan and Turkmenistan, which have significant revenues from the export of hydrocarbons, could be in the same category with Kazakhstan and Azerbaijan, but they are hampered by corruption, the lack of their own defense and, most importantly, an acute shortage of qualified military personnel. Therefore, it is extremely difficult for them to build armies that are serious, at least according to the scale of their region.

Discussing the prospects of military construction in the Baltic countries, Moldova, Kyrgyzstan and Tajikistan is meaningless. At best, their armies will remain at the current level of negligible quantities.

Many of the former Soviet republics are still hoping that the "older brothers" - Russia or the West - will be engaged in the construction of their armed forces. As experience shows, these are all illusions. The elder brothers are ready to sell the younger ones exclusively for the full price, for which the overwhelming majority of the post-Soviet countries simply do not have the means, and many of them have the personnel to master it. The elders could have given the weapons of the Cold War free or very cheap, but the younger ones already have it, and the BMP-1 or Mi-24В (as well as М113 or F-16А) resource has been developed regardless of the current ownership of the sample and to whom it is transmitted. For these reasons, in particular, talk of Western military assistance to Ukraine is completely meaningless. On modern technology, Kiev has no money, and there is more than enough good 70 – 80's there.

In addition to the "legitimate" countries, in the post-Soviet space there are two partially recognized (Abkhazia, South Ossetia) and two unrecognized (Transdniestria, Nagorno-Karabakh) states, as well as the disputed territory (Crimea). Of all these conflicts, only Pridnestrovian has some prospects for a peaceful resolution: through both the creation of a confederative state and the voluntary renunciation of Chisinau from Tiraspol. The likelihood of both of these options is small, but still non-zero. The rest of the conflicts to settle the world is absolutely impossible, because the positions of the parties are irreconcilable and mutually exclusive. Even the theoretical perspective of resolving these conflicts in accordance with international law disappeared after the Kosovo precedent. True, its creators, that is, the countries of NATO, are demanding to recognize this as a “unique case,” although there is nothing exceptional in it. The uniqueness of the Kosovo case can only be formalized by inscribing the well-known phrase Quod licet Jovi, non licet bovi (“What is allowed to Jupiter is not allowed to the bull”) into international law, but this is hardly feasible. Much more appropriate would be a rephrased quotation from the Russian classics: "If there is Kosovo, then everything is allowed." Thus, the named conflicts will be resolved by military means, by someone’s unconditional surrender or freezing for an indefinite period (conflicts with the disputed territories under the British crown, Gibraltar and Falkland, have been hanging for centuries). For the Crimea and the former Georgian autonomies, the most likely last option, Nagorno-Karabakh, as shown by the events of early April, is sooner or later guaranteed another war. However, even despite the huge investments in the Armed Forces of Azerbaijan and the obvious growth of their potential, the Nagorno Karabakh Republic is too tough for them. 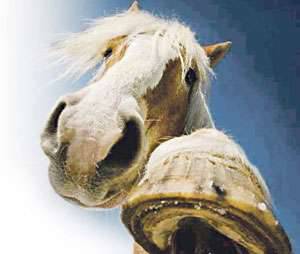 As for the relations of post-Soviet countries with Russia, we will have to recall history the collapse of the USSR. All other republics were not seeking abstract independence, but concrete - from Russia. And only in the Baltic States and to a much lesser extent in Moldova and Transcaucasia, this desire was shared by the peoples of the republics, in other cases there was a purely rebellion of elites, the desire of the first secretaries of the CPSU to become presidents. Accordingly, in all post-Soviet countries, the idea of ​​independence from Russia was the basis of ideological concepts. In Ukraine, it came to clinical Russophobia (this is not a figure of speech, but a statement of fact), but in other countries this idea to a certain extent had an effect on the consciousness of the population. At least 90 percent of Crimeans can be described as hypertrophic pro-Russian, this region will remain the most loyal to Moscow for decades simply because its residents, unlike all our other citizens, have something to compare with. Nevertheless, even their mentality is already in a certain way different from the Russian - 22 years of life in Ukraine affected. With the Belarusians and the Kazakhs, we literally and figuratively speak the same language, but from communicating with them very quickly you understand that they are residents of other countries. We mentally dispersed with the rest of our former compatriots even more.

The events of the last eight years have unequivocally shown that an alliance with Russia guarantees the country protection in the event of any problems, and with NATO, the absence of such protection, military defeat and, possibly, territorial losses. However, these obvious facts contradict the usual idea of ​​independence from Russia. Therefore, even the leaders of the countries - members of the CSTO tend to sit on two, or even three chairs (since there was also a "Chinese"). In this regard, there is no need to harbor any special illusions about integration in the post-Soviet space. Its prospects are very limited, it is not necessary to expect a change in the situation in the foreseeable future.

However, integration in the military field may be most successful, since the growth of the potential of the RF Armed Forces, combined with the willingness to use it, cannot be ignored. If the country needs real security, one can rely only on Russia, and not on the NATO soap bubble. However, in the best case, our military allies will be only five members of the CSTO, two of whom will obviously remain pure "consumers of security." In the next decades, either the “cold peace” or the “cold war” will begin with the other states of the former USSR. Nobody dares to “hot” - the instinct of self-preservation will work.

Ctrl Enter
Noticed oshЫbku Highlight text and press. Ctrl + Enter
We are
Planning the acquisition of material resources for the German army. Current situation and future prospects. Opinion of a Western Specialist (Part of 2)The state and prospects of development of the naval forces of Ukraine (2013)
Military Reviewin Yandex News
Military Reviewin Google News
127 comments
Information
Dear reader, to leave comments on the publication, you must sign in.