April 30 2016
104
21 April 1918 killed the best pilot of the First World War, the "red baron" Manfred von Richthofen. Before the bullet fired by Canadian lucky Roy Brown struck the chest of the baron, he managed to shoot down an 80 of British and French aircraft. This record was not broken by anyone, although after the death of Richthofen the war continued for more than half a year.


And even in World War II, despite the much higher heat of confrontation and the colossal scale of air battles, not one of the pilots of the anti-German coalition could approach the result achieved by the 26-year-old red devil in the era of wooden "shelves." 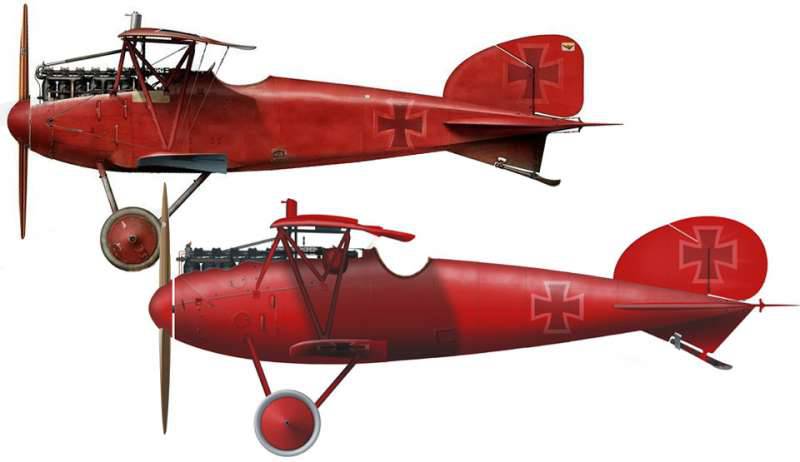 Albatross fighters D.III and DV, on which Richthofen fought in 1916-17. Even then, he began to paint his planes in red, as if teasing his opponents - "it's me, try, beat me down!" 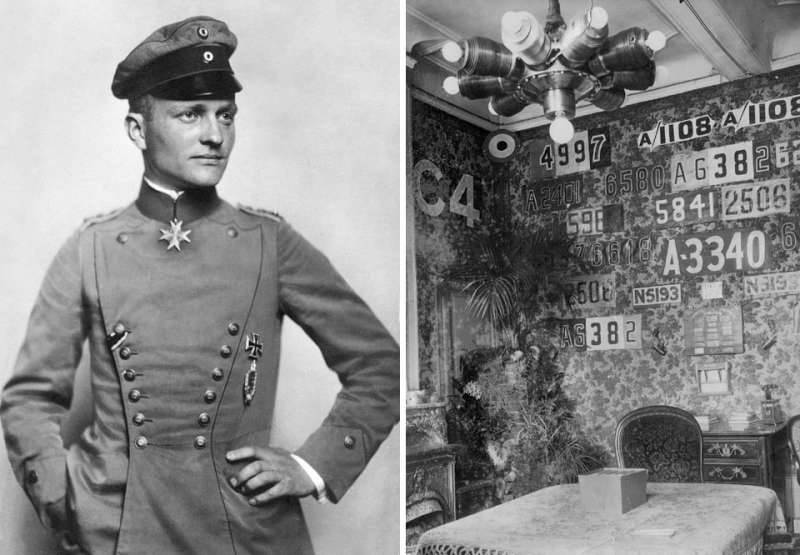 Richthofen with the neck cross of the Order of Pour le Merite, considered by German pilots to be the most honorable award, and the room in which he lived, decorated with fragments of the hulls of downed English and French airplanes with flight numbers. Also noteworthy is the original chandelier, made from aircraft engine. 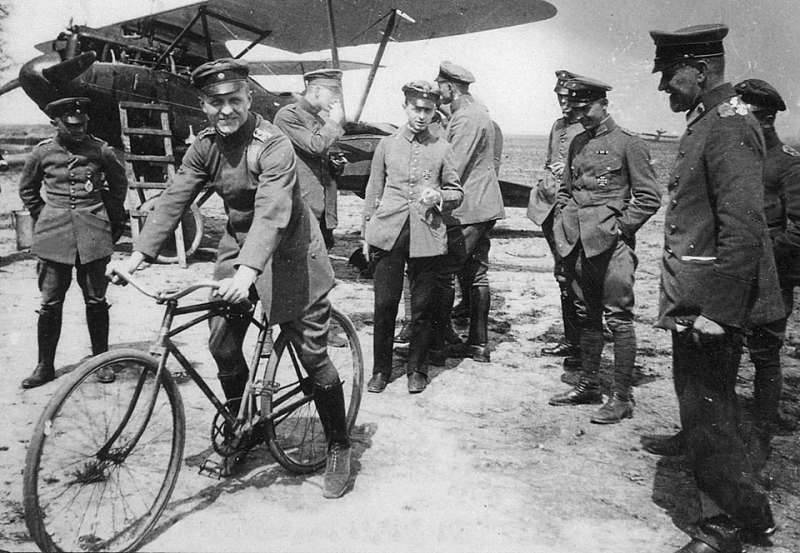 A rare shot of the Baron on a bicycle and his colleagues. Young guys, most of whom died in a senseless and deliberately lost war. 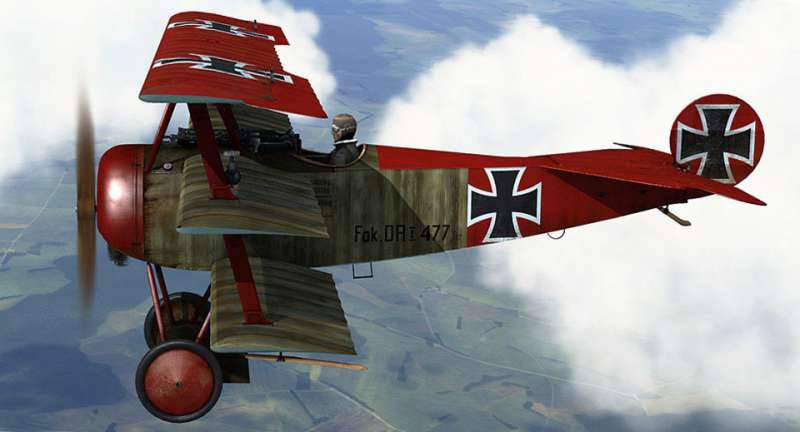 Having resettled the 1917 on the new ultra-maneuverable Fokker Drydecker fighter in the fall, Richthofen also painted it red, but not completely at first. 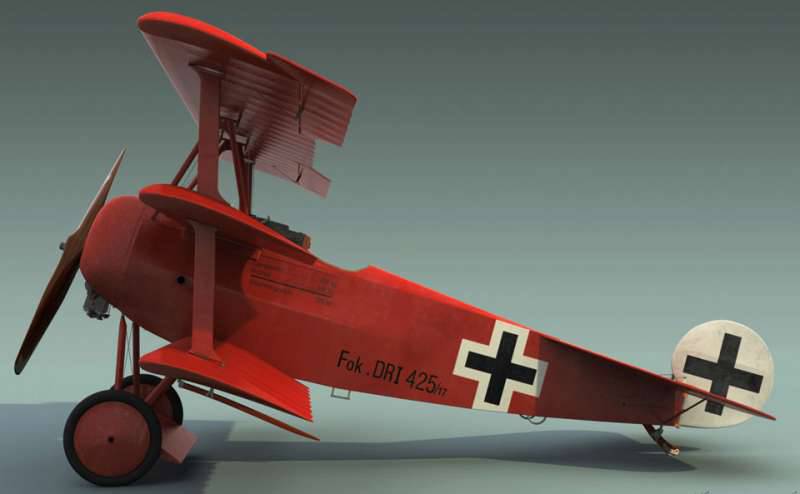 And then - entirely. as earlier cars. 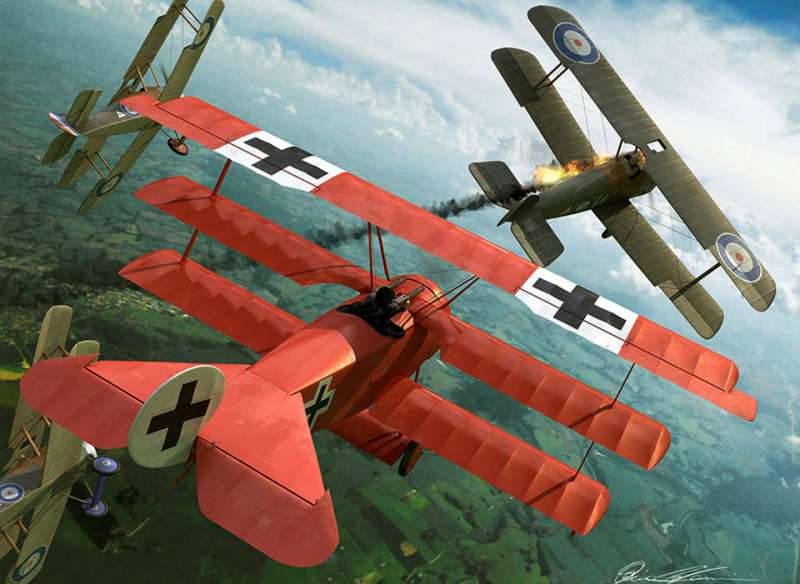 On the "Drydekker" Richthofen was not afraid to attack the enemy many times superior and invariably won in air battles. He always won when he kept the situation under control. 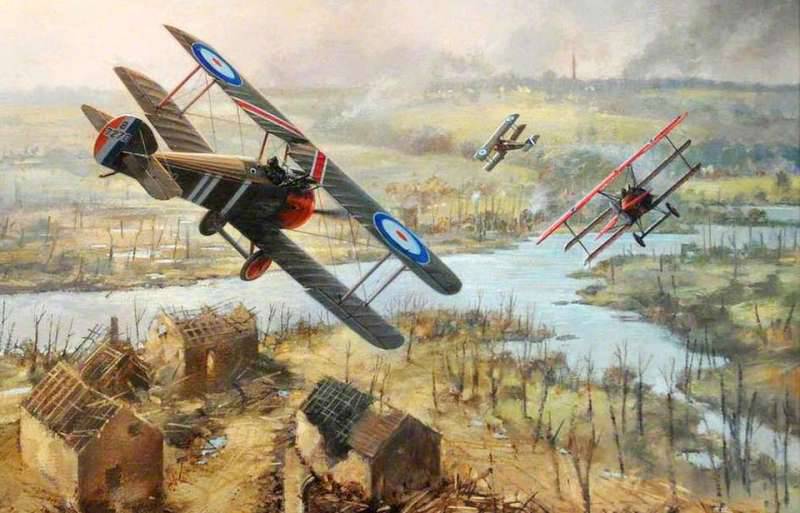 But 21 April 1918, the Baron relaxed a little, just a little, for a couple of seconds. In the heat of the pursuit of another victim, he did not notice the enemy fighter entering his tail. Only a fraction of a second was enough for Roy Brown to click on the trigger. when the red "Fokker" flashed into the frame sight. Only one bullet hit the target, piercing through the lungs and the heart of the best pilot of our planet. 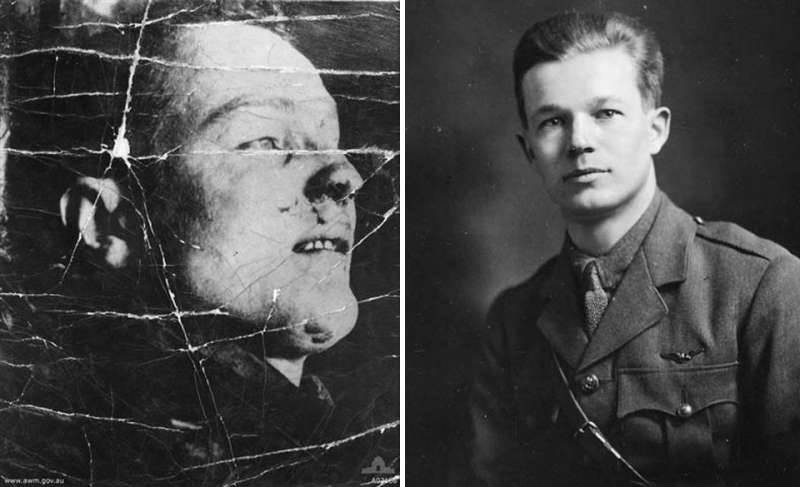 And here's the result: the dead Richthofen looks with a glassy look at his killer, Roy Brown. However, Baron deserved this fate by sending dozens of British and French pilots to the world. 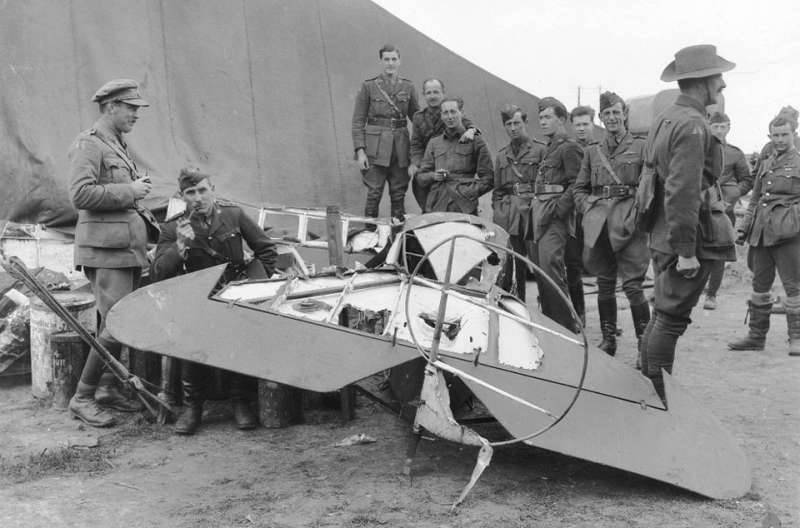 The British and Canadians with the wreckage of the plane of the "red baron". Covering they have partially stripped for souvenirs.

Fighter Sopwig "Camel" Roy Brown, in which he shot down Richthofen. This Canadian pilot also loved the color red.

Ctrl Enter
Noticed oshЫbku Highlight text and press. Ctrl + Enter
We are
The development of the military-industrial complex of the Russian Empire in the years of WWIService history "Admiral Lazarev" - "Red Caucasus"
Military Reviewin Yandex News
Military Reviewin Google News
104 comments
Information
Dear reader, to leave comments on the publication, you must sign in.