Lithuanian Demographic Vacuum Cleaner: How Lithuania Absorbs the National Outsiders of the Planet

April 28 2016
23
Megabytes of information and tons of pages have been written about the Russophobic position of the Baltic states. Lithuania is no exception. However, despite its servility to the United States and Europe, the people continue to actively scatter in different directions of the world from such a flourishing European power.


Against this contrasting background, all the attempts of the Lithuanian government in arranging the fate of desperate representatives of other countries, whom it had brought to Vilnius, seem tragicomic. In recent months, the fragmented self-promotion of Lithuanian politicians on the topic of employment of individual migrants has turned into a real informational hubbub. Truly, the tsunami covered all Lithuanian media. Day after day, there was a persistent impression that the entire political "elite" of Lithuania was occupied exclusively by the life of the settlers, who had been confused by Klaipeda and Düsseldorf. I don’t know if Bulgakov was read in Lithuania, but the words of Professor Preobrazhensky about “foreign ragged” people are asking for themselves.

Various fans of blind idolatry to the West in Lithuania have long been accepted. But now, when Vilnius with a sectarian zeal draws a target at the country, erecting the NATO base, and regularly yells about the “Russian threat”, emigrant hospitality has become a matter of honor and elevated to the subject of national pride. At the same time, the higher in the information space they extol new migrant media heroes, the lower their labor value falls.

Less than a month later, the “star” of a certain Anastasia Bochkar beamed up in the Lithuanian media. The new citizen of “free” Lithuania is in itself an extremely entertaining person. Nastya came to Lithuania from Krasnodar, practicing yoga, she is a psychologist, a French teacher, a volunteer and (attention!) Director. Those. to understand what exactly she does is difficult. No, of course, it is possible that in highly specialized circles Krasnodar psychologists have long since stuck old Freud into the belt, and the Kuban is in general a “yoga” homeland. However, the entire page with her review interview was devoted to the young lady. And I must say that the lady does not sit, hands down. She is already organizing a festival on the topic of health psychology, which is extremely important for Lithuania in the new homeland.

True, Nastya did not have time to collect all the profitable buns from the fame that had suddenly fallen on her. Abdul Basir Yusufi, a Lithuanian Afghani, chased after her! Abdul worked as a translator in the Lithuanian camp in Afghanistan, when the Baltic couple led by NATO’s ornate path. However, after NATO famously put things in order in Afghanistan, for some reason Abdul got ready to go. Now he quietly fishes a small fish in Rukla not far from Kaunas and watches as Lithuanian politicians in vain offer him jobs. The European Parliament Antanas Guoga went the furthest of them, even saying how much he was willing to pay the refugee. 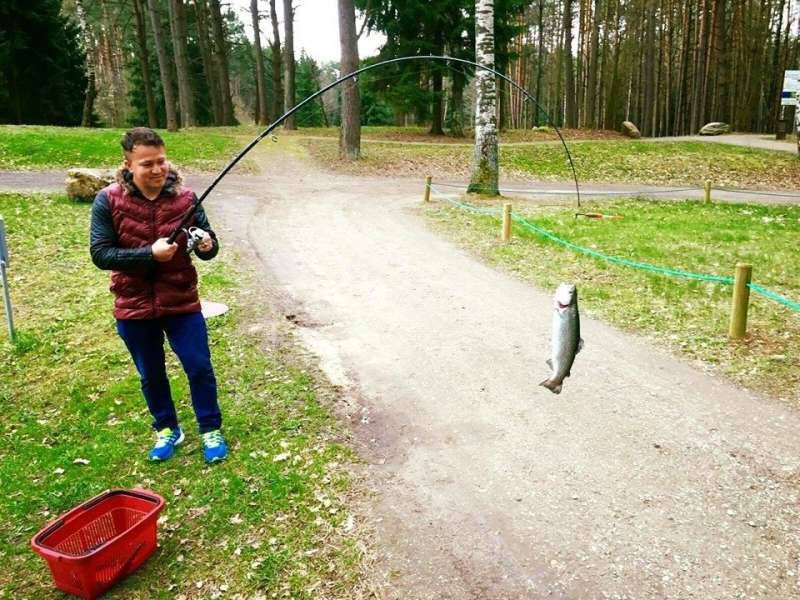 Abdul was not alone. Having realized what a satisfying life you can have in Lithuania, after him a certain love for Lithuania was felt by a certain Nazir Honar, also a translator. Nazir recorded a video asking for asylum. After his work for the Western coalition, the translator for some reason ceased to feel safe. Apparently, because the “democratized” compatriots simply want to kill him.

Well, where the two fit, there and you can shove an elephant. Therefore, a “Syrian” family of five has already moved from Turkey to Lithuania under the EU program. So the Lithuanian Parliament is not to be bored. Not without pride, the authorities of the country note that this is not the first and not the only family that will receive a cozy corner on the Baltic coast.

The citizen of Russia, the opposition activist Irina Kalmykova with her son, became the last famous “freedom-loving swallow” in Lithuanian mass media that settled in Vilnius. In general, Irina is probably the most remarkable character from the list of migrants warmed by Lithuania. Her interview with the Delphi portal is, in fact, an enchanting session of self-exposure for those who are at least familiar with the realities of modern Russian life. On her example, in fact, one can study the thorny path of the average oppositionist from the moment of conception, as well as understand their tender nostalgia for the 90 years. 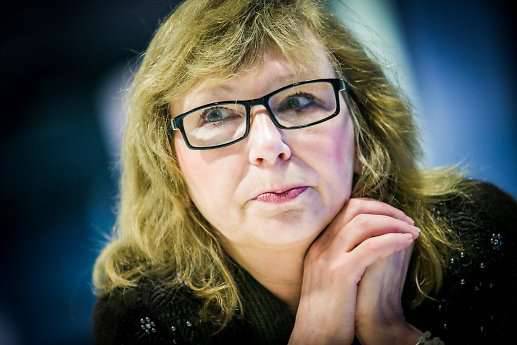 Irina lived in Kogalym and was engaged in business. The madam kept the store and the wholesale warehouse, in short, the typical merchant. All 90-e and "zero" Kalmykova quite itself freely accepted state orders for providing kindergartens and schools with cleaning products. In short, municipal money was dripping into his pocket and, apparently, mitigated the bloody Russian life. But with the advent of Putin, the state more closely decided to get acquainted with the activities of Irina. After several tax checks, the municipal spring was blocked and the opposition heart was beating in Irina’s chest. She “broke with the regime” and felt an acute need for freedom.

According to Irina, a criminal case was initiated against her on the fact of violation of the established norms for holding meetings. Because madam quickly collected manatka and fled to Ukraine. Apparently, the stock of political losers in Ukraine is calculated for forty years, since she did not wait for the rain from the cookies. Without thinking twice, Irina rushed to Belarus, but since in Minsk and earlier they didn’t give a coin for westerly, and soon they would give it to the face, from there the lady rushed to Lithuania. And here she felt the air of freedom, and at the same time the attention of the press. 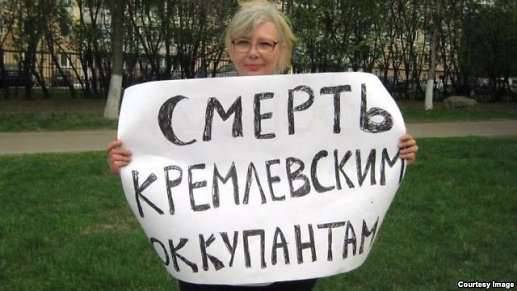 It should be noted that Irina left a notable memory in her native Kogalym. Despite her struggle with the system, this young lady did not bother to demand from the authorities to provide her with free housing as a mother of many children of three children. And let one of the little ones pass for 25 ... We will not go into details. But she demanded to give the apartment not in Kogalym, but (attention!) In Moscow! And this is understandable: in the capital, and the audience is thicker, and colleagues richer.

In general, against the background of the evacuation from Lithuania of the indigenous population (including Russians), we can predict the continuation of this media festival, which will daily suck the next guest of the country so that politicians can shake these single refugees as proof that Lithuania is desirable, like a bride to issue What remains to the Lithuanians? Either close your eyes, or learn to be proud of the next warmed "dependent".
Ctrl Enter
Noticed oshЫbku Highlight text and press. Ctrl + Enter
We are
The agony of Lithuanian RussophobesWe were shouted: "Ivan - go home!"
Military Reviewin Yandex News
Military Reviewin Google News
23 comments
Information
Dear reader, to leave comments on the publication, you must sign in.