April 26 2016
8
The crews of the Mi-28 and Mi-8МТШ helicopters, based in the Krasnodar Territory, in the course of flight tactical exercises (LTU) worked out the task of covering the air from the ground group of troops, reports RIA News message of the press service of the Southern Military District. 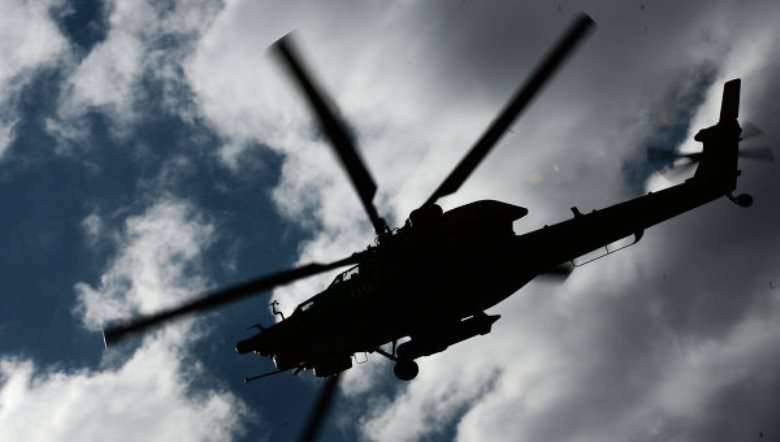 “In the framework of the LTU, the crews of attack helicopters Mi-28 and transport-combat Mi-8AMTSh“ Terminator "army aviation SEO, deployed in the Krasnodar Territory, completed the tasks of aerial reconnaissance, launching a missile attack on ground targets and covering the ground grouping of troops from the air. According to the legend of the exercise, a field camp for training militants was discovered in one of the regions in the south of the country, ”the release said.

It is noted that "during the execution of aerial reconnaissance, the flight personnel worked out the most complex elements of flight training - flights at extremely low altitudes with a rounding of the terrain".

“In the course of practical action, combat helicopters launched an air strike using unguided aircraft missiles at ground targets Tanks, armored personnel carriers and vehicles of the conditional enemy. In addition, the crews of transport-combat helicopters worked out a tactical assault landing, ”they said in the district.

According to the press service, “more than 10 helicopters and more than 300 military personnel and support units were involved in the exercises, more than 60 unguided C-8 missiles were spent, more than 20 various targets were destroyed”.