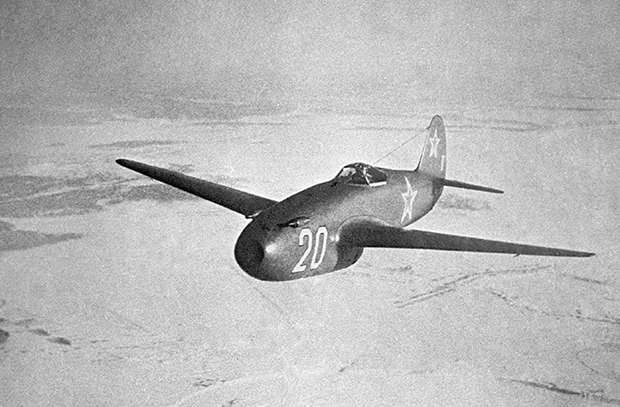 Almost immediately after the end of the Great Patriotic War, the scientific and technical elite of the Soviet Union began to develop domestic jet aircraft at an accelerated pace. The best cadres of the country's design offices were involved in the work. The rush made sense: the cold war clouds were gathering on the global political horizon. The former comrades of the USSR on the victory over fascism — Great Britain and the United States — had already created jet technology, and the capitalist powers put its production on stream. The Nazi Germany destroyed by the Allies, by the way, possessed similar equipment during the war years. Against this background, the technical gap of the USSR in this area did not even look depressing, but simply dangerous.

One of the Soviet research centers that began developing a new type of aircraft was the experienced design bureau under the supervision of A.I. Mikoyan (brother of Stalin’s Commissar for Foreign Trade) and his deputy, designer M.I. Gurevich. In the depths of the research and design organization began assembling a jet aircraft, codenamed I-300. The design bureau of Mikoyan and Gurevich, after the first letters of the names of which jet fighters began to be called MiGs, has grown these days to the aircraft-building corporation of the same name. By the end of the victorious 1945 for the country, a pilot sample of the future jet fighter was already ready, but its technical refinement stretched to the beginning of next spring.

24 April 1946 of the year from the airfield in Ramenskoye near Moscow, the first prototype of the future MiG-9 - Soviet turbojet fighter - took off. Test pilot Alexey Nikolaevich Grinchik sat at the helm. Despite his youth, he was the most experienced 11 test pilot of the first class in the USSR at that time. That is why he was entrusted with the testing of a new model of Soviet aviation equipment created in the shortest possible time - a jet fighter aircraft. The flight lasted 6 minutes was successful.

On the same day, on a new Yak-15 monoplane fighter (named after the first letters of the name of aircraft designer A.S. Yakovlev, deputy people's commissar aviation USSR industry) test pilot Mikhail Ivanovich Ivanov made the first 5-minute flight. Subsequently, he continued to test the latest examples of jet technology, for which two years later he was awarded the title Hero of the Soviet Union.

11 July 1946 of the year on indicative comparative performances decided the fate of the MiG-9 and the Yak-15: which car to start in mass production. The pilot of the MiG, Grinchik, decided to demonstrate to the persons responsible for the final decision all the conceivable and inconceivable possibilities of his aircraft and laid a very steep turn, which was not provided for by the design structure. This led to the tragedy: the plane in the eyes of the selection committee began to fall apart in the air and eventually crashed into the ground, and the talented test pilot died. Alas, exactly two years later, his colleagues were gone: Ivanov, too, died during the testing of one of the newest models of Soviet fighter technology. 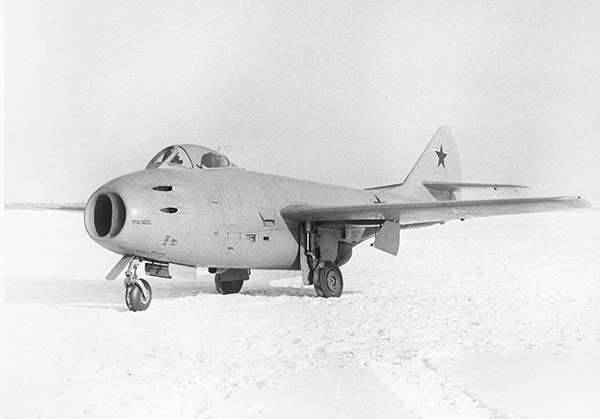 Soviet fighter MiG-9. Photo: RIA News
The tragedy of the prototype MiG-9 decided the case in favor of the Yak-15. After the successful demonstration of the 18 in August, the Yuk-15 became the first Soviet fighter jet launched from October 5 into mass production. In just two years from the moment of launch, the 280 of such vehicles, received by the USSR Air Force, was produced in the series.

In the Soviet Union, the Yak-15, produced by an aircraft factory in Tbilisi, was considered a transitional type of aircraft and was used exclusively to retrain flight personnel from the previous piston fighter types to more advanced jet ones. Citizens of the country Yak-15 was first massively demonstrated at the May Day parade in 1947, when fighters flew over Red Square.

However, although the Yak-15 was the first Soviet jet, they did not forget about the MiG either. Constructive flaws were promptly eliminated as the air force mastered the new model. Two years after the first flight of the MiG-9 to the USSR, the X-NUMX of such aircraft was launched at the Kuibyshev aircraft plant. Of these, more than half (602 units) were soon transferred (as Soviet pilots mastered the new technology) as a friendly gesture to China, which, after the victory of the communists in the People’s Liberation War, embarked on a course of socialist development.

Both the Yak-15 and MiG-9 opened for pilots a new period - the era of jet aircraft, technology of fundamentally different capabilities and speeds than the one that was available to Soviet aces earlier. After the creation and introduction of combat jet fighters into production, the Soviet Union was able, in the shortest possible time, using its own forces and means to eliminate the dangerous technical gap between the leading world powers. The airspace of the USSR was now under the reliable protection of the elite of the Soviet pilots who had been trained on the latest flight models of jet technology.