April 25 2016
44
OAO Zelenodolsk Plant named after A.M. Gorky "completes the construction of the guard ship" Cheetah-3.9 "for the Vietnamese Navy, reports MIC with reference to the press service of the enterprise. 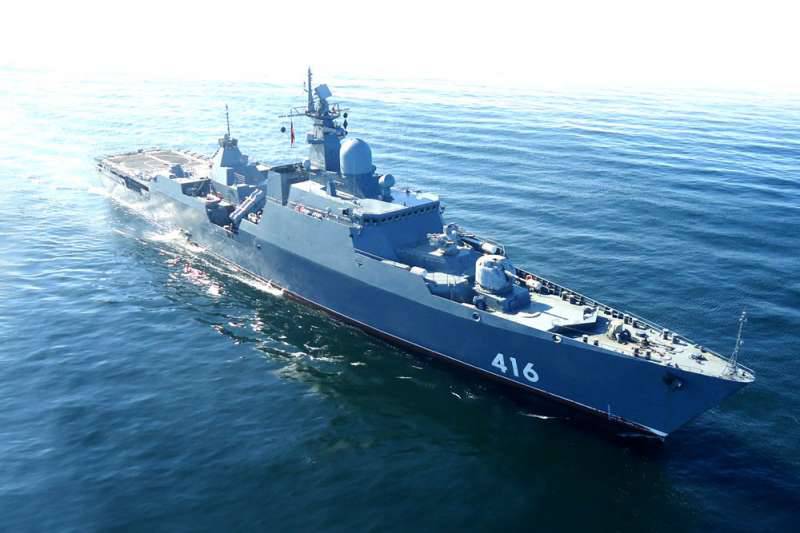 "April 27 frigate will be launched to conduct sea trials," - said in a statement.

According to the representative of the plant, Andrei Spiridonov, the Vietnamese delegation will take part in the ceremony.

The press service noted that "in 2011, the plant supplied the Vietnamese Navy with the first two frigates" Cheetah-3.9 ", after which a contract was signed for two more ships." At present, the fourth frigate is being completed.

Enterprise Reference: "The frigates of the project 11661 (code" Cheetah ") are designed to perform tasks such as fighting the air, underwater and surface enemy; coverage of the surface and underwater situation, setting active and passive interference; minefield setting; escorting and guarding convoys; patrolling the state border and economic zone. The ships with a displacement of about 2200 t are equipped with modern missile and artillery and radio weapons, as well as mine and anti-sabotage weapons».

Ctrl Enter
Noticed oshЫbku Highlight text and press. Ctrl + Enter
We are
Vietnam became one of the largest customers of the Russian naval technologyVietnamese naval forces in the new school year will begin to use the Russian integrated simulator "Laguna-11661"
Military Reviewin Yandex News
Military Reviewin Google News
44 comments
Information
Dear reader, to leave comments on the publication, you must sign in.