April 25 2016
35
In the Latvian defense ministry, another hysteria has been raised over the fact that "the appearance of a Russian warship near the maritime borders of Latvia is marked." Information Agency TASS publishes a statement by the official representative of the National Armed Forces:

In the Latvian exclusive economic zone in 5 nautical miles from the territorial waters today identified the ship of the Russian Navy Igor Belousov. 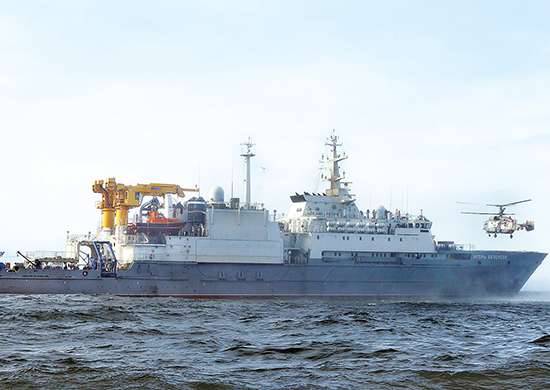 For reference: "Igor Belousov" - a rescue vessel of the Russian Navy of the project 21300C "Dolphin". Igor Belousov, commissioned in December 2015, is assigned to the Pacific the fleet Russia, and in the Baltic Sea carried out course tasks.

At the same time, the main Latvian military department declares that NATO should strengthen its military presence in connection with the increasing “number of incidents with Russian warships”.

However, official Riga does not add information about what, in fact, is the "incident" with the ship of the Russian Navy. In the same message it says that the ship moved in 5 nautical miles from the territorial waters of Latvia in the exclusive economic zone of the country. And if in Riga they are not familiar with international law, then it will be necessary to remind that the movement of military ships in the exclusive economic zones of this or that state is not a violation. And if Riga thinks that it is, then it’s worth responding to Latvia, because NATO ships calling at the Baltic ports often pass in the exclusive economic zone of Russia, and Russia doesn’t make any hysterics about it. Simply the level is not the same, and in Russia they are accustomed not to go beyond the framework of international law, unlike many NATO countries.