April 26 2016
18
An interesting thought was recently expressed in Forbes magazine by columnist Brad McMillan. According to him, the basis of the current US economic recovery is based on cheap oil, since low prices for "black gold" allow consumers to save less and spend more. If oil-market games lead to higher prices, then Americans will lose the economic advantages of cheap raw materials. 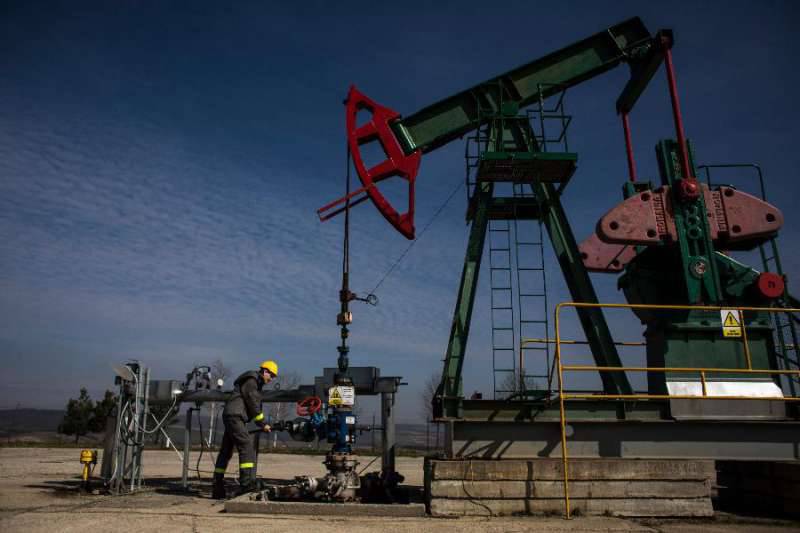 How to write in a journal "Forbes" Columnist Brad McMillan should not underestimate some of the global risks. It is necessary to consider the factors that may affect the economy in the United States, said the journalist. He believes that oil is the most likely cause of influence here.

The normalization of prices that has developed now “will not last forever.” Prices slowly returned to normal at the marginal cost of production, reaching 40-60 dollars per barrel. They will probably remain in this range, the analyst notes. True, it depends on a number of factors.

Today, the author recalls, global oil production exceeds demand, but only slightly, within 1-2%, according to the International Energy Agency (IEA). However, we must not forget that the excess supply is artificially supported by such an oil show as Saudi Arabia. The Saudis are pumping oil to the limit of their capabilities. And at the same time other suppliers of “black gold” “do the same,” the observer notes.

Excessive supply will soon disappear, as the demand for oil still continues to grow. And if we assume that suppliers will reduce production, even quite a bit ... The existing favorable conditions will eventually disappear - and disappear for a long time. It will happen even faster if there is a failure somewhere in the production and supply chain.

The author does not advise to underestimate the advantage of low oil prices for the US economy.

He points out that the basis for the current recovery of the US economy, as well as Europe and China, and even more so than the US, is cheap oil.

Lower prices for raw materials allowed consumers to spend more and save less, the business profit level increased (“outside the energy sector,” the analyst says). In general, there was a "improvement of the economy throughout the planet."

Yes, we all used to read about the dangers of high oil prices; much less write about the benefits of cheap oil. And it is necessary to know.

Look: Europe and China import two to three times more oil as a percentage of GDP than the United States. Higher oil prices would inevitably affect the growth prospects of all these economies. Japan should also be called here. If oil prices rise sharply (“which is quite likely”), then global fears “will return” to the world economy. Risks should not be underestimated!

Given the growth in current demand (even if supply remains constant), the United States should increase oil production so that world market prices keep in the specified range of $ 40-60 per barrel. Otherwise, the economic security of the country may be undermined.

However, OPEC can join the game (“unlikely, but possible,” the author notes). Or here is another reason: US oil production began to fall faster than expected. This alone can remove most of the excess oil from the market.

With the rise in oil prices, the balance of supply and demand will move to normal. But prices will continue to grow. If the US suppliers have time to answer, prices will not be able to reach the “economically dangerous level” and at the same time allow the fuel and energy industry to function. Economic growth will continue. And this would be a very good result that the US should hope for.

So, we add, Mr. McMillan frightens Americans by the dangerous effects of rising oil prices and recommends that he act cautiously, strategically playing to outpace the market. The optimal price range he considers the level in 40-60 dollars per barrel. Higher prices will adversely affect the growth of the American as well as the European economy. Today's low prices for “black gold” allow US consumers to save less and spend more.

April 25, we recall, oil prices did not rise, but decreased. Speculators were the same game, focusing on the gap between supply and demand.

An additional factor affecting the price is increasing the production of "black gold" by Iran. Since the lifting of the sanctions, the Iranian increase in oil production amounted to a million barrels. In addition, Saudi Arabia is expanding its capacity at one of the large fields. This will allow it to maintain production at 12 million barrels per day, reports Interfax.

This week, US Federal Reserve statements will have a key impact on oil prices. “To lead. Economy".

The dollar index over the past three trading sessions has grown strongly, so the fact that oil prices began to decline is not surprising, the portal notes. Further dollar dynamics will depend on market expectations regarding future Fed actions. The next meeting of the regulator will be held this week.

Well, in Russia the price of oil still affects the price of the currency. April 25, apparently due to the fall in oil prices, the ruble exchange rate declined against the dollar.

Observed and commented on Oleg Chuvakin
- especially for topwar.ru
Ctrl Enter
Noticed oshЫbku Highlight text and press. Ctrl + Enter
We are
Oil: how optimists were mistakenProjection of force
Military Reviewin Yandex News
Military Reviewin Google News
18 comments
Information
Dear reader, to leave comments on the publication, you must sign in.