April 25 2016
19
The Sri Lani Air Force has not yet made a final decision on which aircraft they intend to upgrade their fleet of MiG-27M fighter-bombers and the training MiG-23UB, the blog reports bmpd with reference to the TTU newsletter. 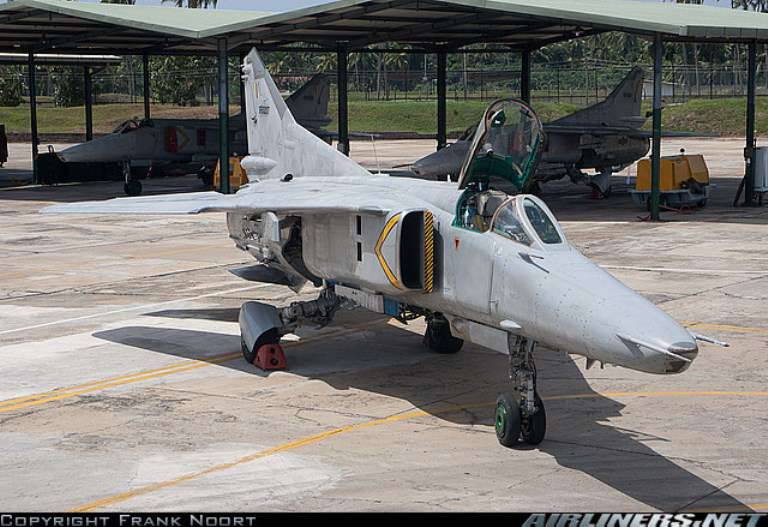 According to a source in the French edition, “the options in question are not limited to the Indian fighter LCA Tejas or the Chinese-Pakistani JF-17”,

He noted that the command "does not exclude the possibility of purchasing Russian and European fighters - that is, taking into account the possibilities of the country's budget, it can be a matter of almost 100% about Russian MiG-29 or French Dassault Mirage 2000 fighters from availability".

Help bmpd: “As of 2013, the 6 fighter-bombers MiG-27M Sri Lankan air force fighter-bomber were in good condition. The aircraft were received in 2000-2006 from Ukraine in the amount of 10 units. (along with one MiG-XNUMHUB worth $ 23 million). Three aircraft were lost during the fighting against the Tigers of Tamil Eelam Liberation Movement. ”

Ctrl Enter
Noticed oshЫbku Highlight text and press. Ctrl + Enter
We are
Indian Ministry of Defense reported to Parliament on the cost of LCA "Tejas" programIndicated price is the Tejas Mark I for the Indian Air Force
Military Reviewin Yandex News
Military Reviewin Google News
19 comments
Information
Dear reader, to leave comments on the publication, you must sign in.