April 25 2016
70
During a joint press conference with German Chancellor Angela Merkel in Hanover, US President Obama has once again stated that the lifting of sanctions from the Russian Federation depends on "Russia's implementation of the agreements reached in February last year in Minsk." Reports about it RIA News. According to Obama, “it’s not clear that Russia is going to fulfill all its promises.” 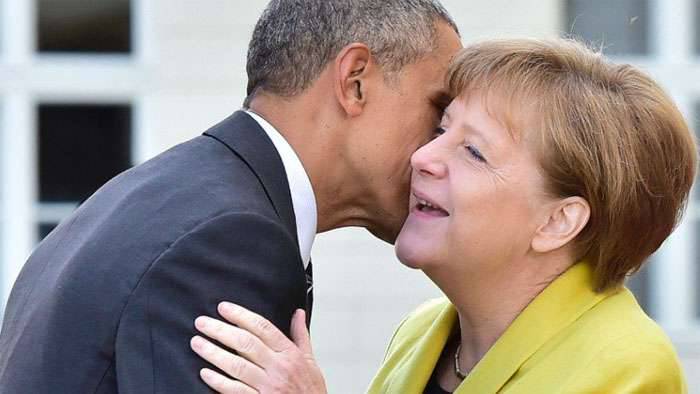 It should be noted that Obama flew to German Hanover in order to push the creation of another alternative to the WTO, which will dominate the interests of the United States. By analogy with the Transpacific Partnership, Washington decided to create a similar option for the states of the Atlantic region. Such a trade "NATO". In addition, Obama invites Angela Merkel to formalize relations between the United States and Germany in the format of a free trade zone.

Ctrl Enter
Noticed oshЫbku Highlight text and press. Ctrl + Enter
We are
Results of the week. “Look, the whole face is black! Have you ever read Moidodyr? ”
Military Reviewin Yandex News
Military Reviewin Google News
70 comments
Information
Dear reader, to leave comments on the publication, you must sign in.