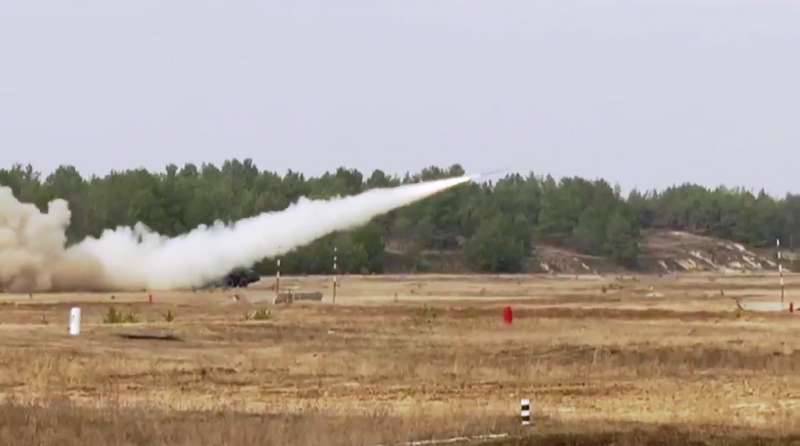 “The First Deputy Secretary of the National Security and Defense Council of Ukraine, Oleg Gladkovsky, took part in the regular tests of a tactical missile,” the report said.

“The Ukrainian defense industry continues to work on the creation of a tactical rocket commissioned by the Ministry of Defense. Today, one of the main tasks is to improve the tactical and technical characteristics of this product, as well as to ensure a fully closed loop of its production in Ukraine ",
quotes Gladkovsky press service.

“The next tests confirm the possibility of the Ukrainian defense industry to develop and improve the available technologies in close cooperation with scientific institutions,” he said.

The first test of an operational tactical missile in Kiev was reported by 22 in March. Russian experts, after analyzing the published video of the test launch, concluded that "the first test of the 300-mm adjustable Volga (Alder) rocket was made for use from the Smerch multiple rocket launcher system." They also reported that "the development of the rocket is conducted by the State Enterprise" Design Bureau "Yuzhnoye" named after Yangel "(Dnepropetrovsk)".