Discuss, but not cancel

April 25 2016
25
April 28 The French National Assembly will begin discussing the issue of lifting sanctions against Russia. About this RIA "NewsSaid parliamentarian Francois Rochebloine. Russian experts, however, recall that the main political forces in the National Assembly are unlikely to support the authors of the relevant document on the subject of discussion of anti-Russian sanctions. 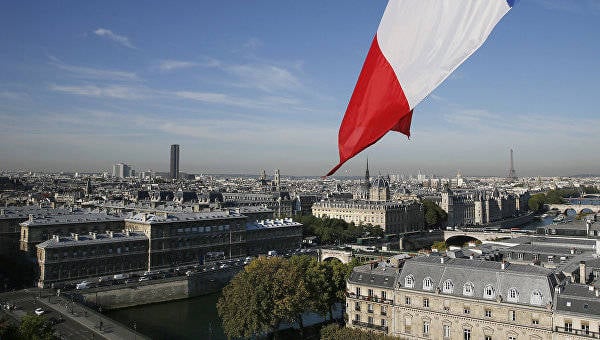 Recall that the action of the sectoral sanctions of the European Union, adopted in respect of a number of sectors of the Russian economy (among them energy, defense and financial), will expire on July 31. The issue of extending restrictive measures in the EU will be discussed at the June summit.

We also note that representatives of various political circles of Austria, Greece, Cyprus, Slovakia, the Czech Republic, Hungary, France, and Italy are in favor of revising the policy of anti-Russian sanctions today.

In the interview RIA News" French parliamentarian Francois Rochebloine reported that the French National Assembly 28 April will discuss the issue of lifting sanctions against Russia. There was no clarification as to exactly which sanctions in question. The agency recalls that currently individual sanctions are applied against individuals (their EU extended the 15 of the year to 2016 September), sanctions against the Crimea (valid until the 23 of June) and sectoral restrictive measures (until July 31).

Monsieur Rochebloine explained that the proposal to discuss the relevant topic came from a group led by Thierry Mariani. “If the assembly makes such a decision, it will show the position of France,” the parliamentarian believes. However, he immediately added that in “PACE this will not change anything.”

"Lenta.ru" recalls that Mariani had previously made a proposal to lift anti-Russian sanctions for consideration by the National Assembly. It was at the end of 2015. Earlier, in July 2015, he led the French delegation, who visited Crimea. Following the visit, the Frenchman said: “Everything is fine in Crimea, and there are no problems.” He also said that the return of the Crimea of ​​Russia - historical pattern.

Lenta also cites the recent statement by the leader of the French National Front party, Marine Le Pen. 18 April, she called the sanctions against Russia absurd.

Earlier in April, celebrate "News"During his working visit to Moscow, the chairman of the French Senate, Gerard Larcher, said that France was ready to contribute to the preparation of a decision on the lifting of sanctions, which will be discussed at the EU summit in late June.

However, the World Bank, in its report “The Long Way to Economic Recovery”, suggests that sanctions against Russia will be valid until the 2018 year. What, according to banking experts, will not have a strong impact on the economy of the Russian Federation.

With the above Thierry Mariani recently interviewed correspondent "Rossiyskaya Gazeta".

The deputy told RG that in France the parliamentary agenda is largely shaped by the government, but every six months the opposition is given this opportunity. Thierry Mariani turned to party members with a proposal for a resolution, and they supported him.

“I believe that the project can get the support of the majority,” says the publication of the words of Thierry Mariani. - What is the basis of such confidence? The fact is that the majority of deputies, both left and right, oppose the extension of anti-Russian measures of the European Union. Moreover, as far as I know, a number of current ministers hold identical positions. Our resolution is in no way directed against the government, and its content meets the true national interests of France, as well as the interests of French-Russian relations, to which economic sanctions and other restrictive measures of the EU cause great harm. In addition, they are absolutely ineffective: taken due to the Ukrainian crisis, they in no way affected its settlement. ”

However, Mariani noted that this parliamentary document is not binding. And yet, if it is accepted, the government will have to take the resolution seriously. In addition, the resolution will give courage to the French government. “I’m in opposition to the current government,” the parliamentarian said, “but I’ll be the first to applaud him if he takes this step and resists extending the sanctions.”

“The political alignment in the National Assembly, unfortunately, is not in favor of the authors of the document,” said "Free Press" Senior Fellow, Institute of Europe, RAS, Sergei Fedorov - As far as I know, there is only one representative of the party, Marine Le Pen - this is Marion Marechal Le Pen, the niece of the chairman of the National Front. There is also one independent deputy who holds the same views. No one else. Although the party "National Front" supports almost a third of the population of the republic. "

The analyst noted that this resolution was initiated entirely by the faction of the Republicans who are in opposition. The majority in the French parliament belongs to the socialists and the left-wing coalition.

However, in media terms, this step is important, the expert believes, because it demonstrates that part of the deputies are not pro-Russian, but not the way most politicians in the EU and the United States are.

There is also an opinion about the possibility of lifting the sanctions. True, they will not be removed quickly.

Chief Researcher of the Institute of World Economy and International Relations. EAT. Primakova RAS, Doctor of History Andrei Volodin admits that the sanctions will be lifted. “But not overnight,” he told SP. - This is a process, not a one-time act. And, it seems to me, Alexander Dynkin, the director of our institute, said very correctly in this sense that sanctions will be lifted by themselves, they will be gradually forgotten. ”

In addition, the expert noted, the demarche of French deputies has an important demonstration effect: after all, not only French farmers, but also farmers from other countries, are dissatisfied with anti-Russian sanctions.

If we sum up the opinions of experts, it will become clear: none of them believes in the speedy lifting of sanctions. The "fast" is in the summer of this year. Probably, one should adhere to the forecast of the World Bank, whose analysts express an opinion on the possible lifting of sanctions against the Russian Federation no earlier than 2018 of the year. There is a sound grain here, since Washington, under the current President Obama, is not going to remove sanctions from Russia. Obama will sit on the throne through January 2017, inclusive. And it is unlikely that the new president will “turn off” these sanctions first. Well, and Europe, as is known, acts with an eye to the United States, constantly insisting on democratic unanimity with the "hegemon" and interpreting eloquently about the "implementation of the Minsk agreements".

The conclusion is simple: French parliamentarians will discuss sanctions against Russia. But it will not lead to their cancellation.