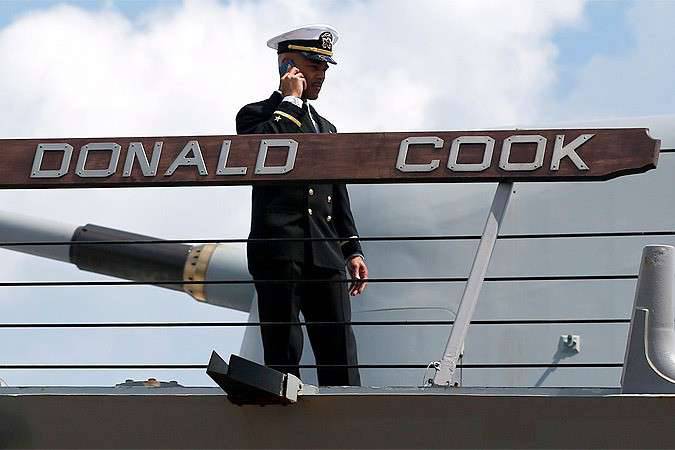 Pentagon spokesman Jeff Davis reiterated the US position on the "inadmissibility of the actions of Russian aviation." The talk was about the flights of Russian Su-24 aircraft in close proximity to the American destroyer Donald Cook, as well as about intercepting the American reconnaissance aircraft RC-135.

RIA News cites Davis's statement:
We are not at war with Russia, we have no reason to think that they will attack our ships. However, the commander (of the ship), who has the right to self-defense, must decide quickly. We do not want him to make a mistake in the calculations, based on their inappropriate behavior.

Recall that earlier claims to Russia were expressed by the head of the American foreign affairs agency, John Kerry. He sent a note of protest to his colleague Sergey Lavrov. Apparently, Kerry and all other representatives of the US government finally believed that their warships and airplanes could feel at home anywhere in the world. Otherwise, how can such a hysteria be explained to those who effectively clicked on the nose.