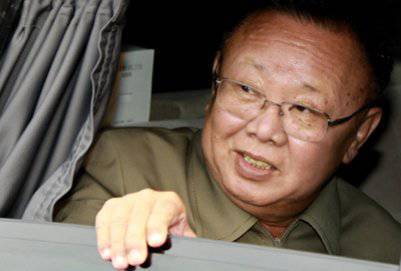 DPRK leader Kim Jong Il passed away at the age of 69. This was announced today by the Central Television of the country. The report says that Kim Jong Il died during a train ride from mental and physical fatigue caused by working for the good of the Motherland, reports ITAR-TASS.

The South Korean government went to work in emergency mode in connection with the death of Kim Jong Il, news agency Yonhap reported. The armed forces of South Korea are in a state of increased combat readiness.

North Korean leader Kim Jong Il was born, according to North Korean sources, 16 February 1942. According to the official version, the place of birth is the camp of Korean partisans in the area of ​​Mount Paektu / North Korea /, according to the unofficial one - the village of Vyatka, in 70 km from Khabarovsk / Far East, USSR /. He spent his childhood in the village of Vyatskoye, where the 88-th separate brigade of the Soviet army was located, commanded by his father, the former president of the DPRK Kim Il Sung. In November, 1945 moved with his family to Pyongyang / North Korea /.

During the Korean War / 1950-1953 years / the family was evacuated to China. He graduated from Chinese primary school. After the war, he entered a military school near Pyongyang.

Since December 24, 1991 has been the Commander-in-Chief of the Korean Peoples Army.

20 April 1992, he was awarded the title of Marshal. From 1993 of the year - Chairman of the DPRK Defense Committee. October 8 1997 was elected Secretary General of the Workers' Party of Korea / TPK /.

In fact, Kim Jong Il has led the country and the WPK since 1994, after the death of Kim Il Sung. Kim Jong Il - twice the hero of the DPRK. He was awarded the Order of the State Banner of the 1 degree, three orders of Kim Il Sung, the Gold Star medal. In total, he has approximately 120 honorary awards and titles from different countries of the world and the DPRK itself. Author of numerous works on the theory and practice of Juche ideas.
Military Reviewin Yandex News
Military Reviewin Yandex Zen
33 comments
Ad