April 22 2016
3
In this article we have considered such an institution of the Serbian army as the military police (further VP). Briefly described история, VP tasks, structure, training and equipment of personnel. The author is grateful for the help and advice of Colonel VP Ilya Dragolyub Eudzhevich.


In the Yugoslav People's Army, the military police was formed on September 14 1955. The military police began to play a more or less serious role in the army only after the Freedom exercises held in 1971. In addition to a general check of the combat readiness of the armed forces, during these maneuvers it was supposed to test a new unit of the Interim Military Command - the 282 battalion. Up to this point, the military police in the JNA were represented only by companies, and the creation of a battalion was a new experience for the Yugoslav military command.

Based on the results of the exercises, which were assessed as positive, and studying the US experience of the Vietnam War, it was decided to form 10 EP battalions. Six of them are in armies, one each in the Naval Region, the Air Force and Air Defense, the Military District Titograd and the composition of the All-Union Secretariat of People’s Defense. However, in reality, in addition to the already existing 282 Battalion (transferred by SSNO), only seven more battalions were formed. The military district Titograd and the Air Force and Air Defense, instead of battalions, received reinforced military police companies.

Proponents of strengthening the EAP appealed to the weakness of the company when performing the following tasks:

- protection of staffs and command posts;
- ensuring the security of the rear of the troops;
- fight against crime in army units;
- anti-diversionary action.

The structure of the 282 th battalion was taken as a model for the rest of the VP battalions. It looked as follows: headquarters, liaison office, anti-sabotage department, anti-crime unit, emergency department, three VP companies, two training companies, a transport police company, a reserve company with a training platoon for sergeants, a support platoon, a technical platoon. In peacetime, the battalion numbered 750 people. 100 more soldiers and officers replenished it in the event of war. The companies consisted of a control unit and three platoons (30 people), each with three units (10 people). The RP company numbered about 100 people, the traffic police company - about 80, since its platoons had less personnel. The 1 squadron of the 1 squadron was staffed exclusively with re-adversaries whose task was to guard the secretary of the national defense (minister of defense). The battalion was fully motorized. 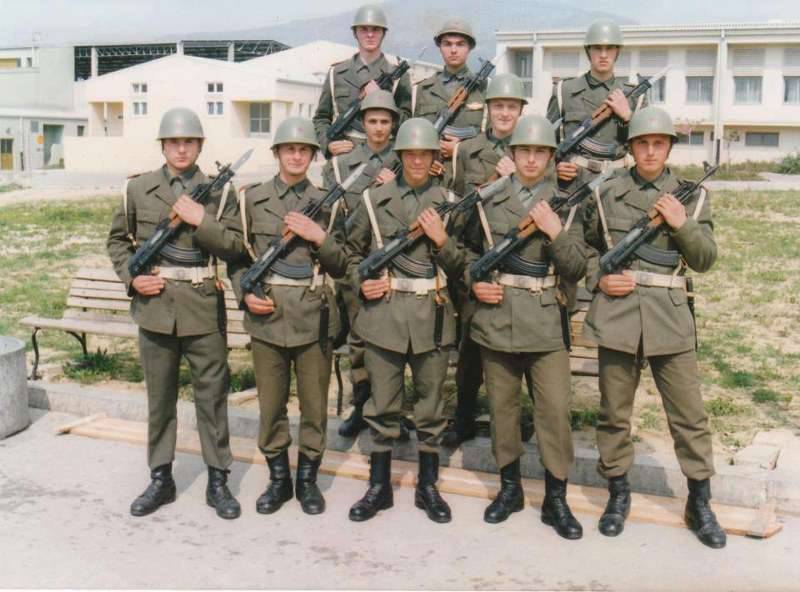 Meanwhile, the structure of the rest of the VP battalions looked much more modest. In addition to the headquarters units, they included only two companies of the Interim Government in peacetime (300 people), and three in case of war (450 people). At the same time, the training of conscripts was also carried out directly in the subunit, thanks to which one of the two companies was engaged in the training of personnel. As a result, only one of the companies remained in the battalion with respect to the combatant.

But in this form the battalions did not last long. In 1972, one of the Croatian Ustash organizations in exile threw a terrorist group onto the territory of Yugoslavia. A large number of soldiers and policemen took part in its destruction, including the personnel of the Sarajevo battalion of the Interim Defense Forces, who suffered casualties in battle: an officer and a soldier were killed.

The weak combat readiness of the battalions made the Yugoslav General Staff make some adjustments. Part of the battalions received another company. In addition, the 1-i company in each of them became a constant alert, on 100% staffed by trained personnel. Three branches were added to its structure - communications, RCBZ and sanitary.

In 1976, Yugoslavia, despite the objections of the military, decided to buy Romanian BTR TAB-71 (modernization of the Soviet BTR-60). In each battalion, they were equipped with one company - the 10 BTR, three in each platoon, plus one BTR for the company commander. The exception was the 282-th battalion, in which, in addition to the 10 armored personnel carrier in the state, several more were in reserve. They turned out to be extremely unreliable, and by the end of 1991, most were written off, the rest were transferred to the republican Ministry of Internal Affairs. 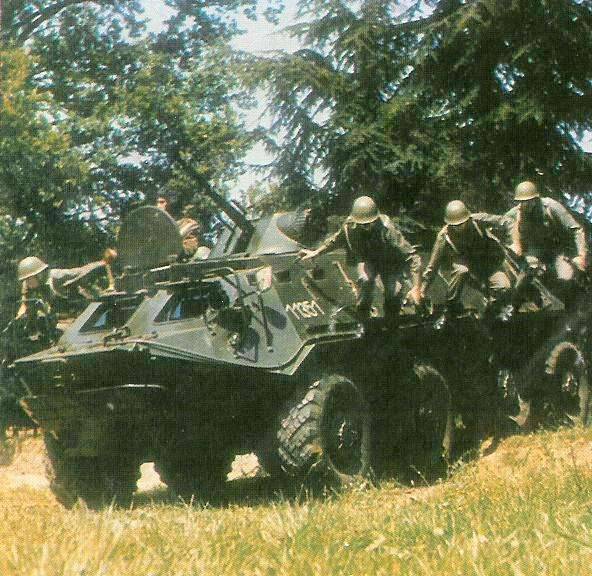 At the beginning of the 1980's, the seemingly established structure of the VP was changed slightly again: a special anti-terrorist unit was formed in each battalion. By 1990, they were increased first to the platoons, and then to the mouths.

Under the plan "Unity" (1987-1990) in Yugoslavia, military reform was carried out, most affected the ground forces. The number of units of constant combat readiness has been reduced, while the number of "heavy" (armored and mechanized brigades) has increased. The country was divided into military areas, each of which consisted of several corps. In turn, each corps had a battalion of military police. They were at the army headquarters. Thus, at the time of the breakup of Yugoslavia, there was a 24 battalion and a multitude of individual companies and platoons of the EaP - the entire 161 unit with a total number of more than 8500 soldiers and officers. Part of the units were cropped, but with increasing tensions in the country, some battalions were manned with personnel. 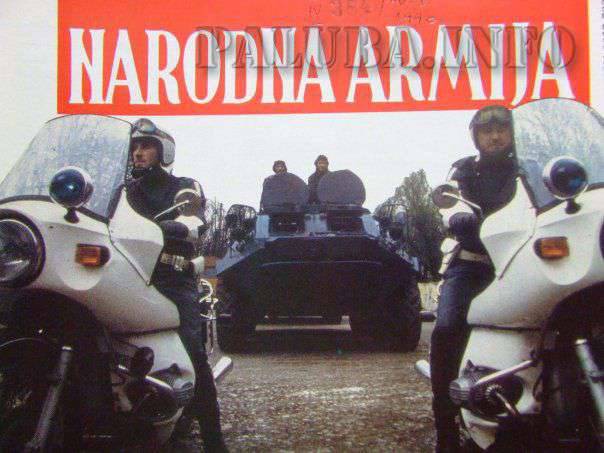 Also, since the end of 1980, the airborne unit began to receive new armored personnel carriers BOV-VP, which were manufactured by the TAM factory in Maribor. This armored personnel carrier, created on the basis of the BRDM-2, had a troop compartment for eight people and was armed with an 12,7-mm machine gun, openly mounted on the roof of the fighting compartment. However, BOV-VP was produced in batches of several dozen pieces, and due to its lack, some units used the M60 BTR and the M-80 BMP.

Especially for VP in 1987, the production of the M87 five-color camouflage began. Two years later, the M89 version appeared, which also began to be supplied to the ground forces. In addition, the fighters received Kevlar helmets MUF-1 and armored "Borovo". 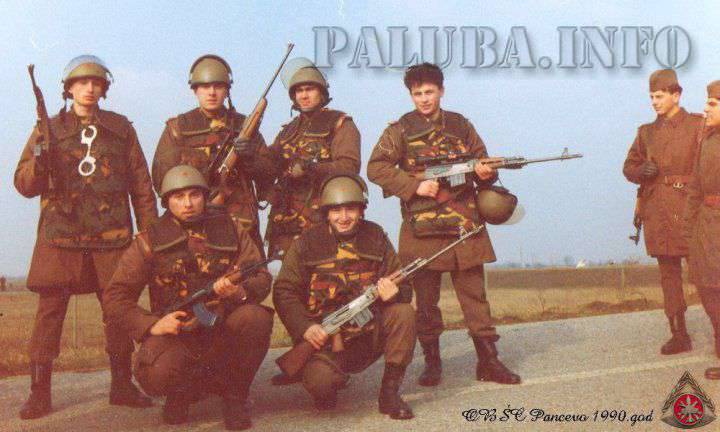