Bulgarian occupation of Serbia. Part of 1

April 21 2016
286
In modern Russian historiography, the issue of Serbia’s occupation by the Bulgarian army during the First World War has been rather poorly studied. The actions of the German invaders in Serbia, the destruction of civilians by Austro-Hungarian units are being studied. However, little has been written about the role of Bulgaria in these events. In this small article we attempted to briefly describe the actions of the Bulgarian units in Serbia and the position of the civilian population.


Before the First World War, Serbian-Bulgarian relations remained extremely tense. The reason for this was the unresolved issue of Macedonia and the Second Balkan War. Historical the region of Macedonia, populated by Serbs, Bulgarians, Greeks and Albanians, was an apple of discord between the Balkan countries. In the First Balkan War, where Serbia, Bulgaria, Montenegro and Greece together put an end to the hegemony of Turkey in the Balkans, most of Macedonia came under the control of Serbia. This was due to the great successes of the Serbian forces, which inflicted a number of serious defeats on the Turkish army. At the same time, the Bulgarians could not carry out the offensive at the appointed time and were stuck in the enemy’s defensive lines.

Considering the issue of the post-war partition of Macedonia, the Allies proposed to leave the Serb-occupied lands behind them, offering Bulgaria compensation of land at the Bosphorus and Dardanelles. However, Sofia made demands to transfer both Macedonia and the coast of the Sea of ​​Marmara, which caused a sharp rebuff from other members of the anti-Turkish coalition. To resolve this issue, yesterday’s allies agreed to hold talks in St. Petersburg.

Meanwhile, for Bulgaria, the consent to negotiations under the auspices of the Russian empire was simply a diversion. On the border with Serbia, troops were attacked, and on June 29 of the year 1913, without a declaration of war, the Bulgarians attacked Serbian positions. On the Serbian side, the border had minimal cover and for several days the army of the aggressor met with success. But when the main part of the Serbian army was involved in the battle, the situation changed dramatically. The Bulgarian units were defeated in a series of bloody battles, whole units were surrounded. And the 7-I Bulgarian division surrendered in full force near Veles. 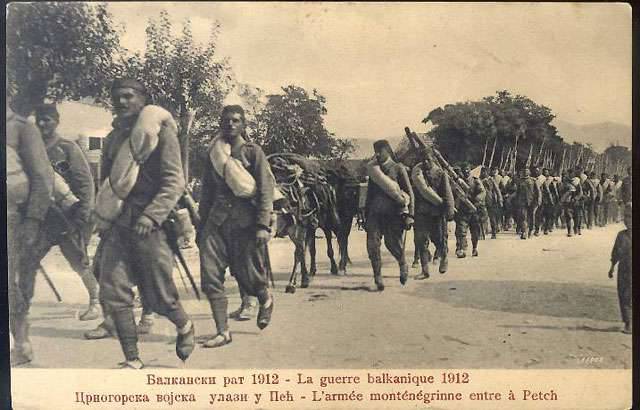 Greece and Montenegro entered the war on the side of Serbia, and Romania, taking advantage of the distraction of the Bulgarian army, invaded Bulgaria. The war was ended by the crushing defeat of Sophia. The country lost a significant part of the territories acquired in the First Balkan War.

The beginning of the First World War, Bulgaria met with anticipation. She did not join the Entente, but she did not show openly aggressive intentions addressed to its members. However, Serbia remembered the treacherous behavior of its neighbors, and the border with Bulgaria was forced to cover the army units, which were so desperately lacking in battles with Austro-Hungarians.

In 1915, the situation on the Balkan front began to take shape not in favor of the Serbs. They managed to win several battles against the Austro-Hungarian forces, but the arrival of fresh troops from Germany turned the tide. October 5 began a joint offensive forces of Austria-Hungary and Germany, which the Serbs could not stop. The army began to retreat, followed by columns of refugees moving south. On the night of 13 on 14 October, the fighting began Bulgaria. Serbian border detachments and an infantry division covering the border were opposed by several armies. After several days of fighting, the Bulgarians managed to break through the Serbian defense, and they began to develop an offensive in the direction of Nish and Skopje, and then in Kosovo and Metohija, where they were supported by Albanian rebels. The Serbian army was evacuated to Corfu, and the country was occupied by the forces of the Central Powers. 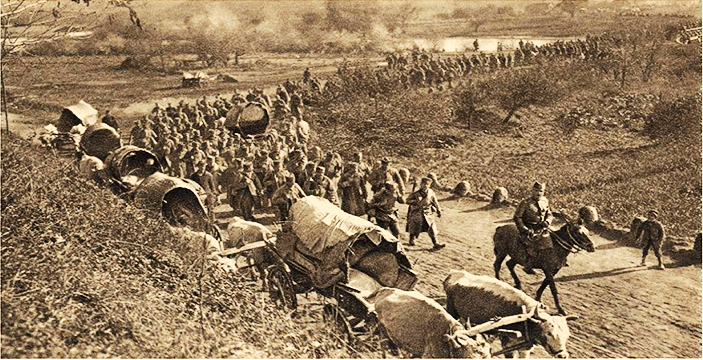 In fact, Bulgaria annexed the territories of Southern and Eastern Serbia. There were created two military administrative regions: the Moravian and Macedonian. The occupation of these lands in Bulgaria was regarded as "the return of the original Bulgarian territories", and the Serbs who lived there were proclaimed "Serbized Bulgarians". The main goal of the policy of Sofia in the captured parts of Serbia was "the eradication of everything Serbian." Bulgarian Prime Minister Vasil Radoslavov bluntly stated at one of the government meetings: "Serbia may reappear, Serbia may increase after the war, but there will be no Serbs in Serbia anymore."