Riot on the Polish ship? Residents and the city hall of Rzeszow refused to dismantle the monument to the soldiers of the Red Army

April 20 2016
86
It so happened that lately on our informational and analytical portal the overwhelming number of articles about Poland were of a negative connotation. No, any of our authors, as a Soviet pioneer, is certainly always ready to share with readers a positive message related to the neighboring state, but there really was no reason. And after all, the number of such occasions was reduced to zero mainly by the forces of the Polish leadership, which in its Russophobia reached unattainable heights. Now they have claims to the Smolensk traffic controllers, now to the ban of apples by the phytosanitary services of Russia, or to the fact that the Katyn memorial is not as large and large-scale as official Warsaw would have liked, then to the presence of Soviet monuments on Polish territory, or even to existence on the world map of the Russian Federation and the Russian people ...


However, against the background of all these obscurantist statements by the Polish leadership towards Russia, one of the grains of positiveness connected with Poland appeared. The head of the administration of Polish Rzeszow (center of Subcarpathian Voivodeship) - a city with a population of 170-thousandth - decided to actually go in defiance of the generally accepted Polish practice of today. Tadeusz Ferenc (that is the name of the town governor), who received the CO from above regarding the need to dismantle monuments to Soviet soldiers-liberators, decided not to drive horses, but to take an interest in the opinion of not official Warsaw or bureaucrats in Brussels, but the opinion of ordinary citizens.

It would seem, well, that there is this - the mayor decided to ask the residents of the city about their attitude towards stories. But the thing is that for modern Poland it draws, if not on an administrative feat, then at least on a willful decision. And this is a fact. After all, in Poland, which is positioning itself as a democratic state, real democracy has long ago given up its ends in order to satisfy the demands of those who today declare their literal benefit to the Polish state.

So ... Tadeusz Ferenc, together with colleagues in the city hall, as reported by the Polish newspaper "Vedomosti", organized a citywide survey on the "recommendation" of the so-called European Center for the Prosecution of Communist and Fascist Criminals (ETSPFP - Polish NGOs). The recommendation of ETSPFPP was that the city must destroy all the monuments left over from the Soviet era. Allegedly, these monuments are reminders of the "crimes of the Soviet regime." First of all, it was about the demolition of the monument, erected in honor of the soldiers of the Red Army. 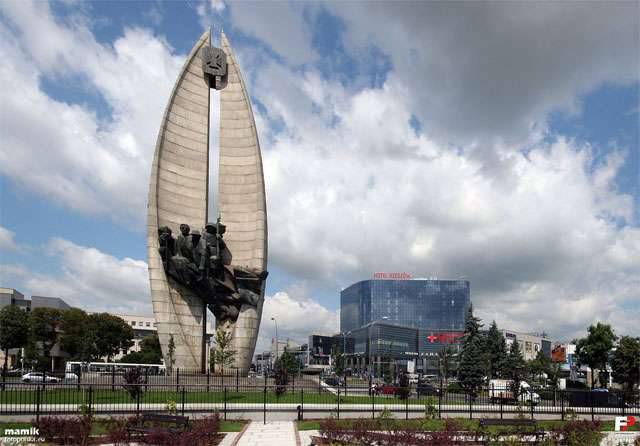 But the aforementioned Center must have bitten all its fists and even elbows, having learned that about 90% of all citizens who took part in the voting spoke against dismantling the historic monument.

The Polish portal Vedomosti cites a fragment of a statement about this made by the spokesman for the Polish city hall of Rzeszow:
Why demolish monuments? If we demolish this monument, we will not change history. Who freed our city? Red Army! And this is a historical fact. 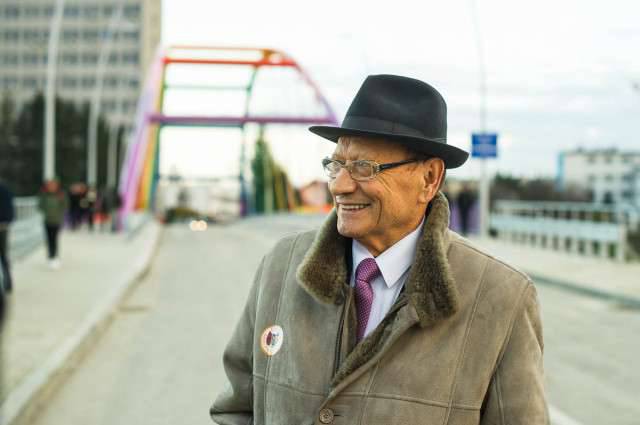 As a result, the city authorities of Rzeszów, having demonstrated their character and desire to listen to the opinion of their own people, refused to comply with the instructions of the organization, which actively feeds on Western grants and is engaged in attempts at outright self-praise.

It should be noted here that the refusal of the authorities of Rzeszow to dismantle the monument to the soldiers of the Red Army is not an ordinary moment for Poland. If we consider that some time ago, representatives of the Institute of National Remembrance working in the Polish state declared “the need to dismantle at least 500 monuments to Soviet soldiers”, that decision could become a precedent.

By and large, the administration of the Polish city could quietly swim in a stream of Russophobic slop of the central authorities, earning for themselves tapping on the shoulder from the official Warsaw, but the women of Zshuvtsy demonstrated their dignity. And for this, each of those who voted against the wars with the “windmills” (against the demolition of the monument to the soldiers of the Red Army) and separately the representatives of the city mayor’s office want to shake hands. This suggests that there are people in Poland who have what remains to be called respect for historical memory, which means that not everything in our bilateral relations is lost.

A separate question: will official Warsaw and all sorts of dirty tricks from Russophob NPOs allow the people of Zheshuvtsy to take and smash their sacred vessel, the cup from which they draw all their inspiration? After all, there would be no Soviet monuments and a socialist period in the history of Poland - where would all these specialists from all sorts of funds, centers and committees be today? And now, presumably, the dirty workers from NGOs will begin to promote the idea that (according to the analogy known today), the results of the city poll (referendum) were "only advisory in nature" and that the mayor of Ferenc was "not right" ...

The only trouble for the foundations, centers and committees is that the mayor of Rzeszow is a person who enjoys the unwavering support of the citizens from 2002. He won first place in the election of the mayor of the city four times! - in 2002, in 2006, in 2010 and in 2014. In the 2014 election of the year, two thirds of the voters voted for Tadeusz Ferenc. Polish presidents were changing, and Ferenc remained in his place with the support of the inhabitants of his city. And today, Ferenc has such support, and therefore the mayor considered that the opinion of his supporters for him is much more important than the opinions of those who are willing to sacrifice historical memory and historical respect for their short-term selfish interests.

For your information: Until the XIV century, Rzeszów wore the name Ryashev (in fact, “Rzeszow” is the Polish transcription of this name - Rzeszów) and was an old Russian settlement, which first became part of the principality of Peremyshl, and then captured by Poland.

Today, Rzeszów is one of the few Polish cities whose department continues to operate the Russian language department.

Ctrl Enter
Noticed oshЫbku Highlight text and press. Ctrl + Enter
We are
Memory is immortal. Memorial to the fallen soldiers of the Red Army opened in Amvrosiyivka and the remains of soldiers reburiedResults of the week. "God forbid to see Russian revolt, senseless and merciless!"
Military Reviewin Yandex News
Military Reviewin Google News
86 comments
Information
Dear reader, to leave comments on the publication, you must sign in.