April 19 2016
38
Ukrainian servicemen banned observers from inspecting a military camp, where, according to OSCE missionaries, weapons may be prohibited in the “security zone”, reports RIA News. 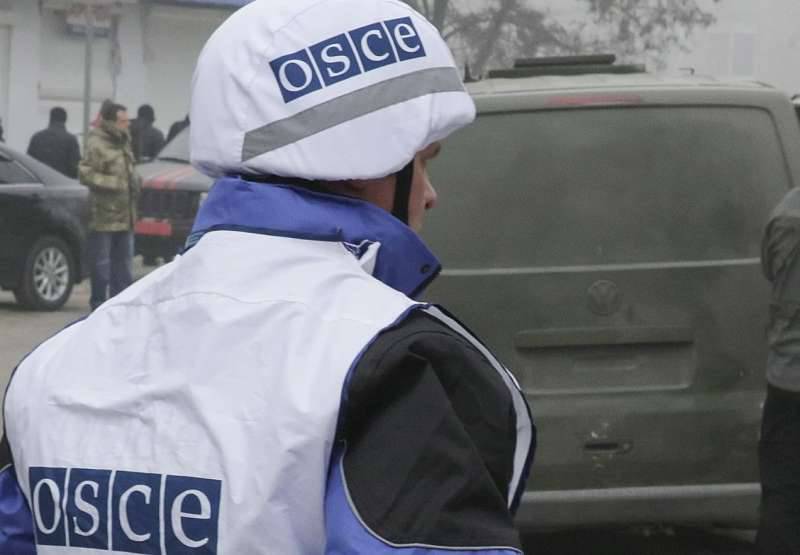 “Clarifying information on the alleged availability of weapons in the“ security zone ”, the SMM was denied access by soldiers of the Armed Forces of Ukraine to the military camp near the government-controlled settlement of Bogdanovka”,
says mission statement.

“The SMM reported this to the Joint Control and Coordination Center (JCC),” the release notes.

The press service said that "this incident occurred on April 15."

Recently, the Russian Permanent Representative to the OSCE Alexander Lukashevich reported that according to observers, in the "security zone" controlled by the Armed Forces of Ukraine, there is military equipment "that is subject to withdrawal according to the Minsk agreements."

Ctrl Enter
Noticed oshЫbku Highlight text and press. Ctrl + Enter
We are
The SBU expelled from the country a representative of Russia to the JCCC for activities “contrary to the Minsk agreements”The action “Military service under the contract is your choice!” In Rostov-on-Don: future contract servicemen, exhibitions and “Russian Knights”
Military Reviewin Yandex News
Military Reviewin Google News
38 comments
Information
Dear reader, to leave comments on the publication, you must sign in.