Debt receipts now not in price

April 20 2016
36
News of the week: Moscow has reduced the volume of investments in US securities. For the first time in four months, a transatlantic state financial machine registered a reduction in Russian injections into the US public debt (in February). For objectivity's sake, it should be noted that from February 2015 of the year to February of 2016, Russia increased its investment in US government securities by 18 billion dollars. 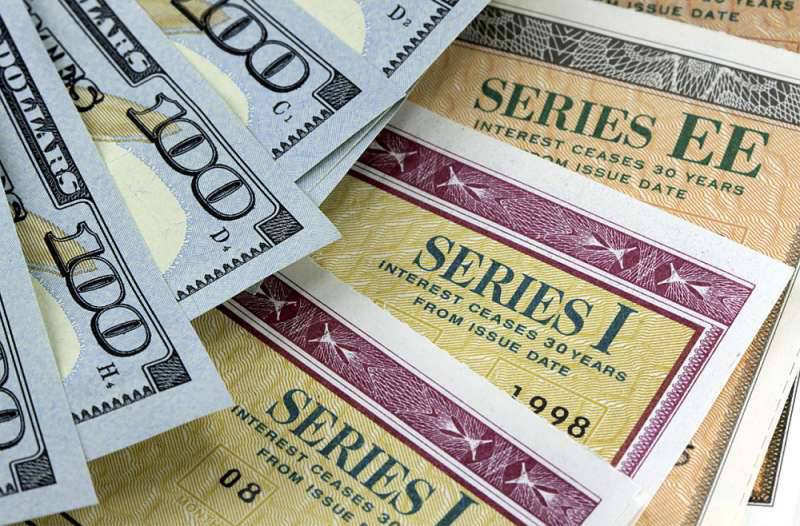 In February, 2016, Russia reduced its investments in US Treasury bonds by 9,3 billion dollars (to 87,6 billion dollars). According to the Treasury of the United States and the Federal Reserve System, a reduction in investment is noted for the first time in four months. Reports about it Rosbalt.

Other countries that are major US creditors, on the contrary, are increasing the volume of paper purchases.

In February, the volume of US debt obligations belonging to China increased by 14,4 billion dollars and amounted to 1,252 trillion. Doll.

Evidence of a reduction in Russian investments in US government bonds was published on 18 in April, recalls Utro.ru. The last time a decline in the volume of investments in promissory notes was recorded in October 2015.

Data on the number of bonds in circulation Washington announced after the stock exchange decline in US government securities. The fact is that the yield on ten-year bonds fell by 3 points (to 1,754%). Of course, falling returns have reduced the attractiveness of investing in these American assets.

The yield of “treasuries” went down after the release of a bleak statistical summary of industrial output (in March it fell in the US by 0,6%), and also against the background of another drop in oil prices. The consumer sentiment index fell to its lowest level since September 2015. And also low inflation in the USA - it can lead to the fact that the Fed will refrain from raising interest rates, which will lead to a fall in the attractiveness of securities for investors. However, so far this has not happened: first, as already noted above, large creditors continue to purchase “treasuries”; secondly, these securities have so far remained popular with investors (the monthly increase in investments amounted to more than 50 billion dollars).

As for Russia, the decline in purchases of these securities should not be overestimated.

As reported on April 15 TASS, for the year, Russia has increased the volume of investments in US government bonds by 18 billion.

Today, reminds TASS, Russia occupies the same place 15 in the list of holders of securities of the US government.

According to some American analysts, we add that the US national debt is about five thousand times higher than it was at the time when the Fed was created (December 1913).

Over the past forty years, US national debt has grown 36 times.

But not so long ago, in 1980, the US debt was only approaching the rate of one (only one) trillion.

Ten years later, the size of the US debt is supposed to be much larger: thirty trillion dollars. Experts have no doubt that Washington is not in a position to solve the debt problem: there are neither funds nor financial prescriptions for this. In addition, the situation is greatly complicated by the current economic crisis.

True, potential presidential candidate Donald Trump promised to pay the US state debt for a couple of his presidential terms, but Trump doesn’t have faith: his statements are nothing more than pre-election chatter, and journalists have many times caught the billionaire on deception. Financiers simply laugh at Trump's “ideas.”

"The power of the enemy is based on the monopoly of the US oligarchy, which controls the Fed - the center of the issue of dollars - explains state of affairs Sergey Glazyev. - They print world currency. Not just like that, but under debt obligations, this is 90% of the dollar issue security. If you look at the charts - US national debt goes up exponentially. In mathematics, this is called a peaking mode. When a system enters such a regime, it inevitably collapses. American hegemony will come to an end anyway - this is an objective law. The sooner we get out of the financial pyramid of the dollar, the lower the losses will be, not only financial, but also human. A significant part of the dollar issue, which we subsidize, keeping our reserves in this currency, goes to military and terrorist operations. ”

In the 2014 year alone, the US authorities spent $ 86 billion on special operations abroad, according to budget and social programs specialist Alison Acosta Fraser. If the US government does not revise the economic course, then in the near future a financial collapse will break out in the States, believes he.

The high level of public debt (102% of GDP in 2014) threatens the United States with a significant slowdown in economic growth. In addition, it prevents the government from responding to unforeseen situations: after all, more and more budget funds are spent on debt servicing.

As the expert notes, over the next decade, interest payments on debt will more than triple - from 230 billion to 800 billion. Moreover, if credit markets demand higher interest rates, the debt scenario may worsen.

And the expert is right. Already today, as reported above, the announced drop in the yield of “treasuries” has reduced the attractiveness of investments in these American securities. Probably, given the decline in profitability, Russia will continue to invest less in US debt receipts, leaving the “financial pyramid of the dollar” according to the recipes of Comrade Glazyev.