April 18 2016
69
More than a thousand soldiers from NATO countries are taking part in the “Summer Shield XIII” exercise, which takes place in Latvia at the Adazi range, reports RIA News message of the military department of the republic. 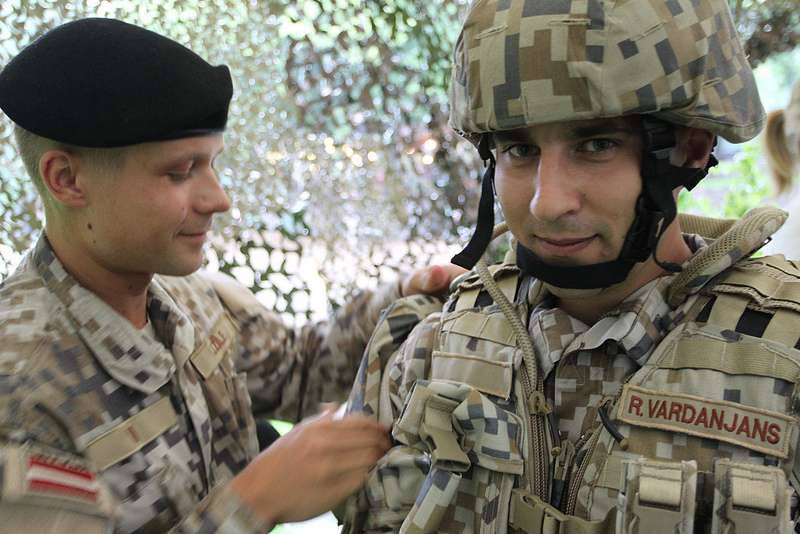 “From today (April 17) to April 29, international exercises are held at the Adazi training ground and in the adjacent territory, the purpose of which is to develop skills in conducting combat operations at the level of battalions and brigades,” the release said.

It is noted that more than 1,3 thousands of soldiers from Latvia, Lithuania, USA, Canada, Finland and Germany take part in the annual exercise.

In the course of the maneuvers, skills of “combat support of a wide spectrum” will be worked out. According to the press service, the artillery, mortar, reconnaissance, combat engineers, structural engineers, anti-tank units and anti-personnel units will be involved in the exercise. weapons mass destruction.

It is reported that Latvia is represented in the maneuvers by "combat units of land forces, air forces, as well as several specialized detachments of the national guard".

In Latvia, “Summer Shield” are held with 2004. Last year, about 1,1 thousand people were involved in the exercise.

Ctrl Enter
Noticed oshЫbku Highlight text and press. Ctrl + Enter
We are
Reports from the militia of New Russia for 27-28 September 2014 of the year
Military Reviewin Yandex News
Military Reviewin Google News
69 comments
Information
Dear reader, to leave comments on the publication, you must sign in.