April 20 2016
65
Very soon we will remember the events at the Chernobyl nuclear power plant. Already not so, maybe, and widely, after all 30 years have passed. Many, as they say, neutrons have flowed. But we will. Because the greatest technological catastrophe that entailed heavy consequences. And now let Chernobyl territory as a whole is not quite a friendly neighbor, but a neighbor. 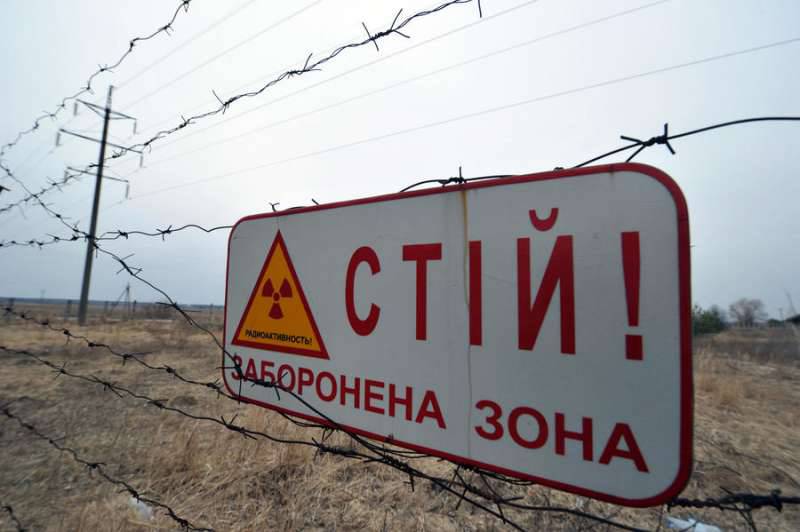 Two years ago, at about the same time, I wrote an article on the same topic. Expressing some, say, concern with the processes occurring in the nuclear power industry of Ukraine. It is a pity that some of the considerations that I expressed at that time were not only confirmed, but also aggravated.

Therefore, I decided to go through all the remaining Ukrainian nuclear power plants to conclude how it is today. And there, to be honest, this is not very.

The Chernobyl nuclear power plant is finally shut down in 2000 year. The construction of 5 and 6 units has been canceled.

Khmelnitsky NPP was never completed due to lack of funds.

The remaining three stations are operational. But they work in such a way that it is difficult to look calmly towards them.

Three power units are operating out of 6. Exactly half.

The power unit No. 1 was shut down and moved to the overhaul stage after several abnormal situations caused by the response of the emergency system. 17 July 2015, another emergency occurred, after which, 25 July, in accordance with the "pre-filed application", the power unit was disconnected from the network.

Unit 3 21 July 2015 of the year for an unidentified reason, completely unloaded. Problems were not resolved, and 17 on April 2016 of the EB No.3 was stopped for major repairs.

The power unit №6 began to sound strange in November last year. There were several disconnections from the network. 11 April 2016, an emergency occurred in the cooling system of the steam generator, and the unit was stopped.

All this is connected with the fact that fuel from Westinghouse was delivered to the Zaporizhia NPP or not, it is difficult to say. However, Ukrainian nuclear scientists have repeatedly said that the use of Westinghouse fuel assemblies implies a change in the reactor installation systems, in particular, modifications of the in-core monitoring system to ensure proper operational control of the fuel assemblies.

Either they didn’t provide it, or, nevertheless, as Minatom of Russia warned, TVS from Westinghouse is far from TVS from TVEL ...

In general, everything that happens at the largest nuclear power plant in Europe resembles leapfrog and trishkin caftan. Permanent accidents on the blocks, permanent switching. Not encouraging. Especially the fact that most of the problems associated with the cooling of the generators. Whether the cooling system is already all, or the units operate in an unusual thermal mode.

Unit number 3. March 27 was stopped due to problems in cooling the steam generator. It was stated that the repair will last until March 31, but today the unit is still in the launch phase.

At present, the situation is even worse than that of colleagues.

Unit number 1. Stopped 23 March 2016. The reason is a malfunction of the turbine control system. April 4 launched, the question - how long.

Unit number 2. Stopped 21 March 2016. The reason - an accident in the cooling system of the generator. I got up for maintenance.

Constant maneuvering of obsolete power units of Ukrainian NPPs may lead to consequences quite comparable with the Chernobyl tragedy. Yes, VVER is much safer than RBMK, but any technology has a limit.

The planned service life of most nuclear power units in Ukraine has ended, but they continue to be used, extending the service life and not really bothering with consultations with the IAEA and Energoatom of Russia.

And part of the reactors at the Rivne and South Ukrainian nuclear power plants are operating beyond the design period.

Laying non-project fuel into the reactors and changing the power and operating modes of the stations complicate the situation by an order of magnitude. Experiment is a complex process. What led experiment at the Chernobyl nuclear power plant, we remember already 30 years. I would not like the experiments with nuclear energy to continue in favor of the political regime. Is it dangerous.

The Ukrainian government has planned to begin daily regulation of the capacity of the interconnected power system with December 31 2016 of the year. This decision was opposed by the Professional Union of Atomic Energy and Industry Workers of Ukraine. 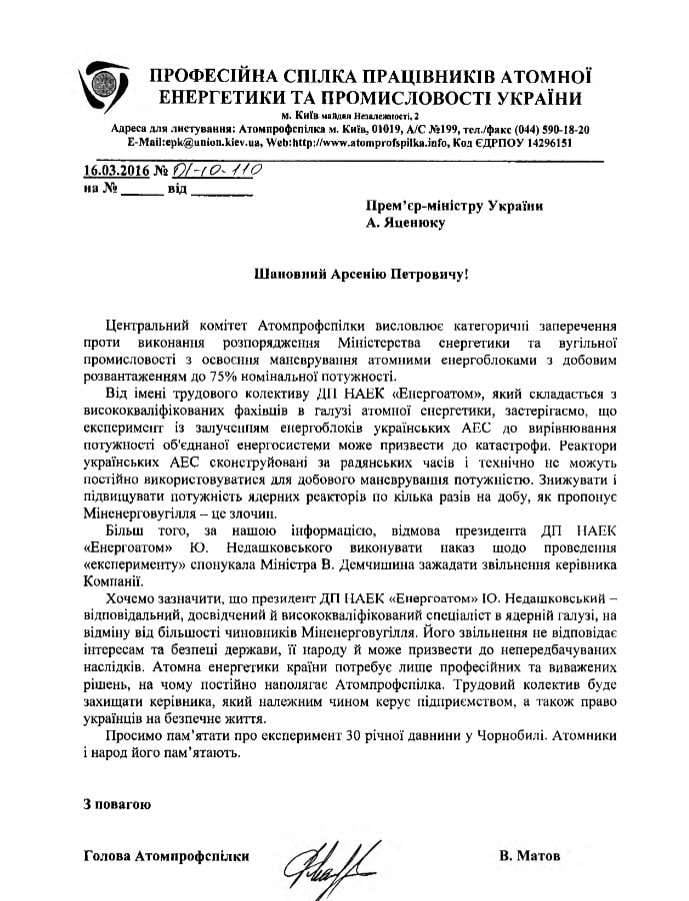 Professionals against innovations. Maneuvering the capacities of nuclear power plants, hydropower plants and thermal power plants in the face of reduced electricity consumption can lead to disaster. And if we add to this the frank decrepitude of the Ukrainian power units, non-standard fuel for them and the lack of adequate funding, it turns out that the lessons of Chernobyl have taught nothing to those who today offer outright nonsense.

In Chernobyl today is quiet. Unfortunately, besides Chernobyl, there is still Exactly, Yuzhnoukrainsk and Zaporozhye. And Kiev, where people sit, very badly imagine that the atom, even if it is peaceful, does not understand politics from the word “absolutely”.

Ctrl Enter
Noticed oshЫbku Highlight text and press. Ctrl + Enter
We are
Situational analysis of the death of the MH17 flight (Malaysian Boeing 777), made on the basis of engineering analysis from 15.08.2014Results of the week. “You are already indebted to the sea: neither the bottom nor the coast”
Military Reviewin Yandex News
Military Reviewin Google News
65 comments
Information
Dear reader, to leave comments on the publication, you must sign in.