Poroshenko explained why Haiduk was removed from office

April 17 2016
46
Petro Poroshenko explained on Facebook why he had to dismiss Sergei Haiduk from his post as commander of the Ukrainian Navy. The message of the Ukrainian president leads newspaper Look. 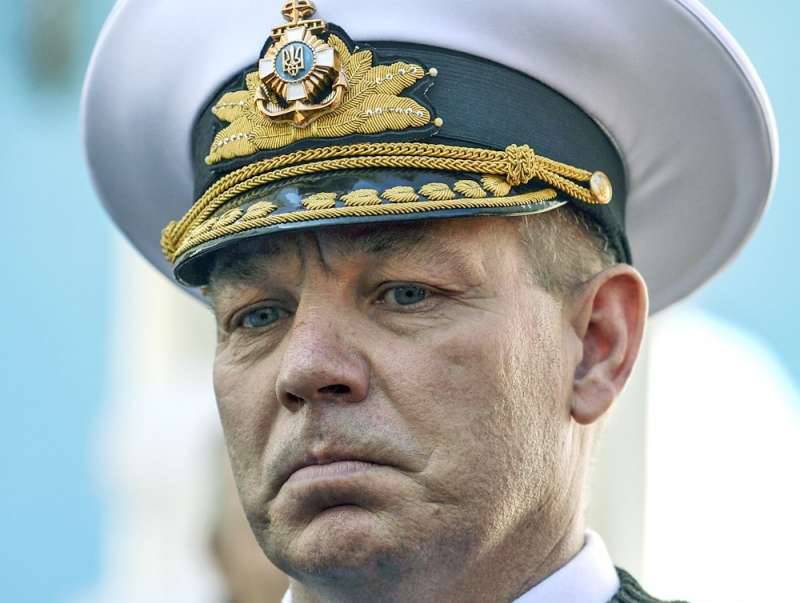 "Taking into account the position of volunteers and the public and taking into account the systemic deficiencies in the performance of official duties, as well as the low authority among the service staff, I decided to dismiss Sergei Haiduk from the post of commander of the Naval Forces of the Ukrainian Armed Forces",
wrote the president on Saturday.

The fact that Haiduk was removed from his post was reported back in early April. However, the command of the Navy did not confirm this information. Now Poroshenko, apparently, he decided to clarify the situation.

“The authority of the head of the Navy, Admiral Sergei Haiduk, after the referendum in the Crimea was really shaken. And not only because of objective circumstances as a result of the loss of Sevastopol. After the results of the popular vote were announced, Haiduk tried to escape, disguised as a worker's dressing gown, ”said the governor of Sevastopol Sergey Menyailo.

“What authority can we talk about if, after a referendum, the commander of the Black Sea fleet Oleksandr Vitko arrived at the headquarters of the Ukrainian Navy to meet with his colleague, but didn’t find him there? There was only an empty office, and two hours later they found the commander in the back room, dressed in a lab coat, ”he added.

The newspaper reminds that “in 2015, the military units of the Ukrainian Navy left 559 military personnel without permission, of whom only 122 was found, and since the beginning of this year 87 deserted seamen — only 13 was returned.” Deserters “did not they are not only looking for, but also hiding the facts of the shoots themselves: on the 286 servicemen, who left the units, there is no information in the fleet documents. ”

Ctrl Enter
Noticed oshЫbku Highlight text and press. Ctrl + Enter
We are
Weekly summary (30 January-5 February) on the military and social situation in the DPR from the military officer "Mag"One less admiral? .. Poroshenko dismissed the commander of the naval forces of Ukraine Sergey Haiduk
Military Reviewin Yandex News
Military Reviewin Google News
46 comments
Information
Dear reader, to leave comments on the publication, you must sign in.