April 18 2016
43
Last weekend it became known that the Russian company Rosneft is preparing to enter the Indian market and begin regular deliveries of oil already this year. To implement this project, Rosneft acquired 49% of the shares of the Indian company Essar Oil. It is noteworthy that with the extreme rush to this news they reacted not so much in Russia itself (it is possible that so far in connection with the publication of highly metered information), as abroad. For example, the American edition The Wall Street Journal announced to its readers that "Russia is opening up a new oil front." Even this name itself is yet another proof that the United States is used to associating oil and trading it with military actions, and that it is with such a foundation that the American policy of a trade and economic nature is most often implemented.


To begin with, it is necessary to provide important information about the Indian company Essar Oil, through the acquisition of a large stake in which Rosneft enters the giant Indian market for hydrocarbon consumption. This company is the owner of the second largest Indian non-state oil refinery Vadinar (Gujarat). 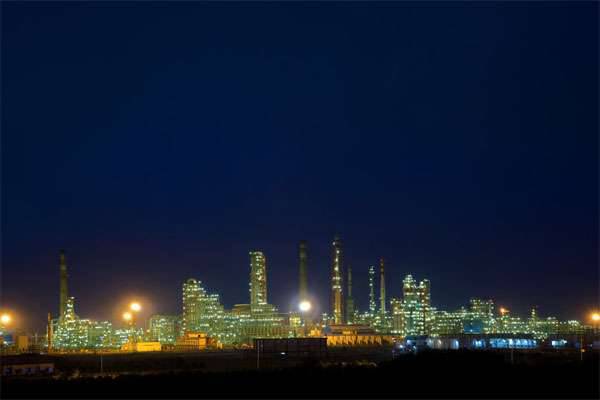 In 2009, this company acquired 50% stake in refineries of the African company Kenya Petroleum Ltd. In 2012, the company found significant problems with the transparency of tax reporting documentation. And the state court of Gujarat decided to arrest the three bank accounts of the company in order to recover losses incurred by the country's budget due to non-payment of a significant percentage of taxes by Essar Oil. The sum turned out to be equal to 80 billion rupees (this is about the same in rubles - the rates of the Indian rupee and the Russian ruble are almost the same). In 2014, the company's total revenue from refining and fuel sales in the Indian and African markets was estimated at 15 billion. The total number of gas stations that the company owns today exceeds 2 thousands.

Essar Oil was a public company until December 2015, but due to court decisions many large asset holders of the company decided to withdraw their investments. Against this background, a keen interest in the Indian Essar Oil was also demonstrated by Rosneft. It should be noted that the Indian company, which has access to a deepwater port with the ability to receive supertankers of the VLCC class, has its own interest in cooperation with Russia. 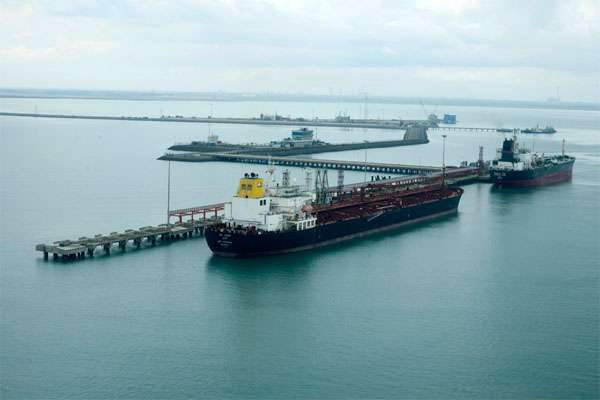 One of the areas of cooperation is investing in oil fields in Eastern Siberia. The company is ready to engage in the processing of oil of virtually any kind, including heavy ones.

If Rosneft really starts oil deliveries to India already this year, it will become a serious headache, for example, for Saudi Arabia. The fact is that Saudi Arabia is the main exporter of crude oil for India, providing 19,7% of the Indian market. Russian entry into the Indian market, by definition, leads to a loss of a certain percentage of it by the Saudis. And not only, I must say, the Saudis. Iran and Kuwait are active suppliers of oil to Indian consumers. These and several other states “traditionally” divided the Indian pie, but here Russia interferes in the matter, which, it must be recalled, is, together with India, a member of the BRICS economic conglomerate. And no matter how many individuals try to recant this organization, it allows strengthening trade and economic cooperation between the countries included in it.

Is the Indian market interesting for Rosneft? Yes, very interesting. If only because India’s GDP has shown rapid and steady growth in recent years. In 2015, India in terms of GDP growth overtook China, which seemed the eternal leader in this indicator. And the mark of growth today is about 7,5% per year. The figure, about which Russia, unfortunately, can only be dreamed up ... And after all, the growth of Indian GDP at such a “crazy” pace is noted, even taking into account the fact that India is an importer of hydrocarbons. Import level - 4 million barrels per day. According to expert estimates, with the growth rate of the Indian economy at the level of 4-5% per year in 20-25 for years, India is able to overtake the People’s Republic of China in terms of oil and gas use, the daily consumption of which is 8 million barrels of oil.

However, for all the seemingly super-prospective sales of oil from Russia to India, there is a serious nuance that negated all past attempts to establish large-scale "hydrocarbon" cooperation. And this nuance lies in the location of India relative to Russia on a geographical map of the world. At one time, there was talk that it would be worthwhile to think about laying the pipeline. But every time talk about the pipeline ended in nothing, since the most "successful" route would run through Afghanistan, and at the mention of the word "Afghanistan" as a transit country, any enthusiasm went away. 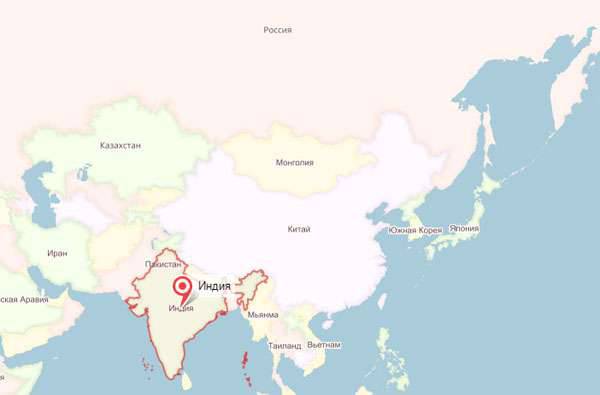 As a result, the idea of ​​a “direct” pipeline was abandoned at this stage, but discussions are underway that in the future deliveries to India can be made via the “Chinese” route - through the so-called eastern branch, which is still defined as a branch under construction for transporting Russian gas ( "The Power of Siberia"). The supply route will be by sea: from the port of Kozmino - the extreme point of the Eastern Siberia - Pacific Ocean pipeline to the port where there is a share of the Indian Essar Oil, and after the acquisition of 49% of its assets by Rosneft - and share too.

It would seem, what kind of competition with the same Saudi Arabia can be discussed here, when from Saudi ports to Indian ones is much closer. But its role here is played by the acquisition by Rosneft of a large stake in the Indian refiner. That is, Russia not only supplies raw materials to India, but also directly participates in its processing with delivery to the final consumer. From the point of view of competition from the same Saudi Arabia - a very powerful argument. And it is unlikely that he is deprived of economic benefits, as direct competitors are trying to talk about.

In general, you can be happy for Rosneft ... And the joy of the Russians would be much more complete if the economic benefit from the start of oil supplies to the Indian market was unequivocal in relation to not only the top managers of this company, but also the state budget too.

Ctrl Enter
Noticed oshЫbku Highlight text and press. Ctrl + Enter
We are
Results of the week. "God forbid to see Russian revolt, senseless and merciless!"Strangulation: the context, conduct and consequences of the American naval blockade of China
Military Reviewin Yandex News
Military Reviewin Google News
43 comments
Information
Dear reader, to leave comments on the publication, you must sign in.