To create a new Tu-160, all Russian design bureaux had to combine their efforts 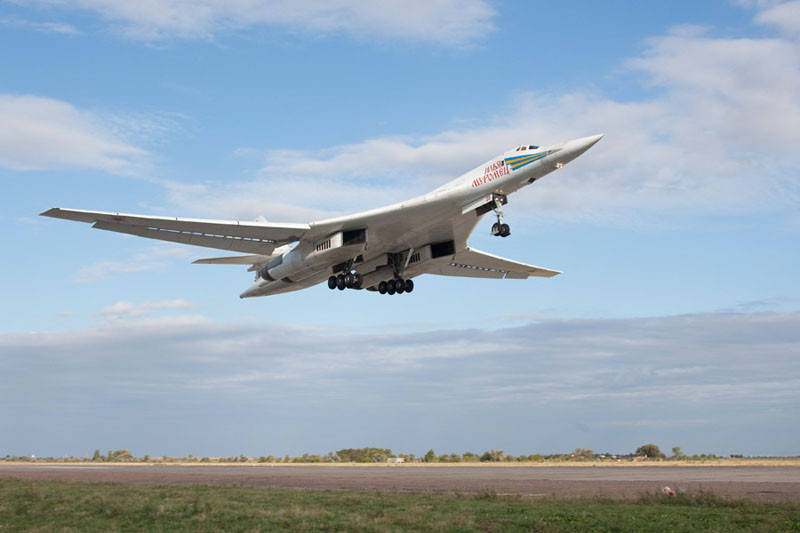 In early March, it was announced the modernization of the Kazan Aviation Plant (KAZ) them. S.P. Gorbunova and the beginning of work on the restoration of the production of supersonic strategic bombers Tu-160 in a new modification. The agreement on cooperation between the United Aircraft Building Corporation (UAC) and the Republic of Tatarstan was concluded at a meeting of UAC President Yuri Slusarius and Tatarstan President Rustam Minnikhanov. Assistant to the President of the Republic of Tatarstan on the airline complex Ravil Zaripov in an interview with the publication “Real Time” said that in April there would be builders in KAZ to begin upgrading the enterprise. Also announced that the project to resume production of Tu-160 will be exceptional in terms of the degree of cooperation within the KLA. "For the first time in stories domestic aviation engineers of almost all the leading schools - Tupolev, Sukhoi, Yakovlev, Beriev, Mikoyan - are assembled and work in the same team, ”said Valery Solozobov, Deputy General Director of Tupolev for Design, Research and Development, Design and Development.

The discussion about whether the country needs heavy strategic bombers has been going on since the days of Nikita Khrushchev, who, as we know, sympathized with the missile method of delivering a nuclear warhead to the "consumer". Around the creation and production of the Tu-160 went the same discussions, they do not stop now, and not only here, but also in the United States. Until recently, there was a certain concept of creating an absolutely new aviation complex to replace the “strategists” fleet of the Russian VKS. However, last year the idea of ​​producing the updated Tu-160 was adopted.

At present, the 16 aircraft are in service with the VKS of Russia, while they were produced twice as much. Almost half of the aircraft produced fell victim to the collapse of the USSR. The aircraft were in Ukraine, and part of them was just sawn. Eight Tu-160 managed to save from cutting. Russia exchanged debts of Ukraine for gas for airplanes. The latest Tu-160 from KAZ production was transferred to the military in 2008. And until recently there was, in fact, no coherent and importantly realistic concept for the development of long-range bomber aviation.

According to open sources, Tu-160 did not take part in hostilities until a decision was made about an operation in Syria. The strategic missile-carriers Tu-160 and Tu-95MS fired 34 air-launched cruise missiles at the targets of the militants of the terrorist organization IG banned in the Russian Federation. After completing the assignment, the “strategists” successfully returned to their airfields.

According to Deputy Defense Minister Yuri Borisov, before 2020, 10 of such aircraft will be supplied to the Russian Aerospace Forces. “The Tu-160М2 differs from its predecessor in a fundamentally new on-board electronics complex and a set of weapons,” said Borisov. - The Tu-160 in the M2 version will be a completely new aircraft with a new onboard radio-electronic equipment, but with the old look of the airframe. Its effectiveness will increase in 2,5 times compared with its predecessor. " It is worth noting that the airframe of more than a quarter of the aircraft will consist of titanium alloys. The key unit made from them is the central beam and turning units with a total weight of several tons. Modernized technologies will allow manufacturing large-sized aggregates from titanium alloys.

The aircraft will be produced, as before, at the aircraft plant in Kazan, which, in particular, will be modernized for this project, but practically all the aviation design bureaus in our country will take part in the preparation of the project. This level of cooperation is exceptional for the domestic aviation industry. Also for the first time, UAC will carry out a full production cycle within the corporation. In the year of its 10 anniversary, the corporation has reached a degree of integration that allows you to create products in close cooperation of the enterprises belonging to the KLA.

By the beginning of work on the project, UAC united all design offices and factories into a single information space. The work on the creation of a single "virtual" design bureau was completed. It included the workplaces of designers who perform a single task, located approximately on 40 various sites - aircraft construction design bureaus and factories-subcontractors.

Specially for the project of the new Tu-160, work was done to protect data exchange channels, a single network was set up in centralized corporate applications, and design and engineering data was exchanged. There are additional requirements for bandwidth and security of information transmitted in a single environment.

“Within a very short period of time, we have to create new design documentation for the aircraft modernization project,” said UAC general designer Sergey Korotkov. - When implementing the project, the Ministry of Defense, the Ministry of Industry and Trade, UAC and enterprises of the holding company agreed on a new way of organizing work. We are confident that we can achieve a better result. ”

NEW TASKS WILL HELP TO KNOW THE KAZ FROM THE CRISIS 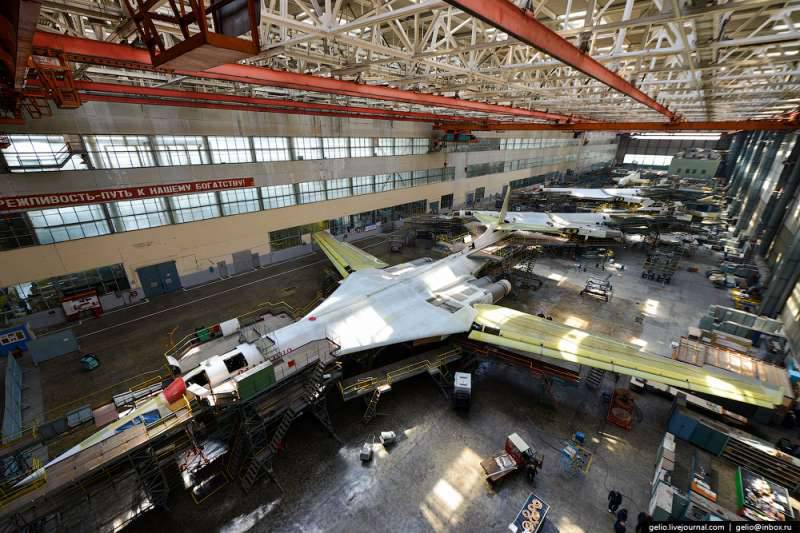 "White Swans" at the Kazan plant receive a second life. Photos provided by the United Aircraft Corporation
“This is a new breath for our aircraft factory,” Rustam Minnikhanov expressed hope and stressed that Tatarstan has always been an aviation republic. “Tu-160 is a colossal project that was not in the history of the post-Soviet aviation industry. This concerns not only the resources that are planned to attract, but also the technological challenges that we face, restoring production that was interrupted by 22 a year ago ... In Soviet times, the Kazan Aviation Plant was the flagship of the aircraft industry, but later, in a number of positions, it lost the possibilities of high-tech production. But today he is worthy of paying attention to him, ”noted Yuri Slusar. According to Minnikhanov, 20 Tatarstan enterprises, including KamAZ, KVZ, companies of the radio-electronic industry, as well as scientific and educational structures will participate in the cooperation.

Today, the plant repairs and modernizes Tu-22М3 and Tu-160 rocket-carrier bombers, and also builds special Tu-214 passenger variants for government customers. Production volumes are small. To enter new production volumes, the company must seriously modernize. According to official data, it is planned to spend several tens of billions of rubles on the re-equipment of the plant in 2016 – 2020, which is comparable to the costs of starting a new production (in Soviet times).

In any case, when the program is launched and will be implemented, for Kazan this is only a plus. The production program of the new Tu-160 will enable KAZ to tighten the technological level, create hundreds of jobs and ensure stable loading for many years to come.