Mikhail Ryabko: "Your main opponent is you"

April 18 2016
18
What is required for the selection of special forces and to engage in hand-to-hand combat? The answer is simple: "base." This article focuses on the extended concept of "base" - including the mental component. The material was prepared on the basis of a seminar on the System M.V. Ryabko, recently held in Moscow. 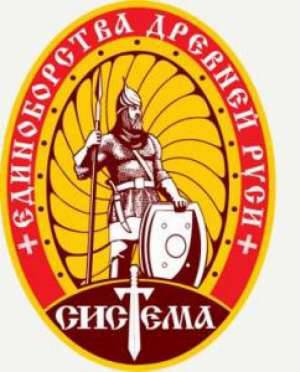 Have you ever thought that in order to practice martial arts or martial arts, you need to be physically and mentally prepared for this? This is especially true of modern, for the most part weakened sedentary lifestyle of people suffering in addition to various spinal curvatures, clips and other "distortions". Our ancestors were prepared by the very way of life: the peasants by various physical labor, the nobles by ballroom dancing, fencing and hunting, the Cossacks playing games, dancing and competitions. For example, peasant skills with the forks helped in studying the bayonet battle. But even they, in training in hand-to-hand combat, needed GPP and CPP. In Soviet times, the TRP program was formed for city dwellers to compensate for the lack of physical activity and create a "base".

But what will happen to the modern man, who will start to gain muscle mass, aching with osteochondrosis or scoliosis? His spine will get worse. The same will happen with the clamped person - the pumped up muscles will only strengthen his clamps, which will not at all contribute to speed and agility. And this is one of the most important qualities for a fighter.

And what will happen to his psyche if he is overwhelmed by hatred, which is the twin of fear? Martial arts can strengthen them, driving people into the vicious circle of aggression further and further. For work, communication in society, solving everyday issues such an attitude is of little use. We are so tense and annoyed. If a person is ready to "explode" due to the fact that someone accidentally hurt his shoulder, and sees enemies in all others, then pumping aggression, as is the case in many martial arts, will help him as well as putting out a gas fire.

According to the canons of Indian yoga, a person must undergo a Yama-Niyama course, during which he is cleansed physically and mentally (diet, strengthening the body, removing toxins, getting rid of negative thoughts, etc.).

In Ryabko System, before the beginning of the practice of martial art itself, the student also undergoes a course of liberation from external and internal clamps. As Ryabko himself says: "Before you learn how to move, so that the enemy does not rest on his movements with you, you yourself must stop resting on your body. So that your movements do not interfere with you. In general, your main opponent is yourself. Win yourself, and you will conquer all. " For each newcomer M.V. Ryabko fits individually, studying his state of health, well-being, paying particular attention to his spine, in order to understand which exercises are best for him. To bring overstrained muscles from a tone, and to “level” a person - to make him obooruky, since we all usually have a more developed right or left arm, which affects both the back and the musculoskeletal system. "A person must first be cured." By the way, Ryabko himself was born and raised in the village, in his childhood he observed the work of his grandfather-blacksmith.

1. The pupil lies down on the floor. Two or three others fall on him, which makes it difficult to breathe. This causes mini-stress and fear. The person understands that in such a situation, tense muscles will not help him. It is also his task to feel in which part of the body the fear is located - someone has sensations in the stomach, someone in the solar plexus, etc. The tension must be relaxed with the help of breathing - with each exhalation to relax the muscles. Notice that when we are relieved, we automatically take a deep breath. Removing the tension in the body, we remove it from consciousness.
Next, you need to crawl out from under this pile, which is impossible if you are tense, or you can throw them off, spinning (hands are pressed to the body and it will not work to help them).

2. The first strikes (weak, but tangible), pinching and in every way trying to annoy the second. The task of the second is to track in the body areas of fear and aggression and get rid of them with the help of breathing and relaxation. Another goal is self control. For example, learn to calm when someone tries to ruffle. Ryabko tells the seminar participants that "all emotions come from thoughts."

3. The first one stands with his back to the wall, the second one falls on him. The task of the first to relax and find empty places that will allow to slip. It is also an internal development (there is a variant of the same kind of work on the ground, when the first holds painful techniques for the second, of which he must leave).

4. The student takes the checker (or saber) and begins to twist it smoothly along different paths, trying to sense the moment when the joints or clamps begin to interfere, making the movement uncomfortable. This exercise teaches you to move in the most comfortable and appropriate ways. First, students perform it standing, then lying, sitting and standing again.

You can also get rid of the clamps with the help of numerous static-dynamic exercises with sticks, which Daniel Ryabko demonstrates. To perform these exercises you need only a small portion of space and, in fact, a stick. Simple in appearance, they will make anyone sweat in 3 minutes, and also develop coordination and grip.

Do exercises help? A word to one of the participants of the seminar, Slawomira Meszko (System instructor in Bratislava, Slovakia)

- I have been studying for two years. There is still much to learn, to know your body, your own tensions. The more you work, the more you discover it all. Classes help my health - the vertebra moved two centimeters, the deflection is not so big. You feel your body better, and you begin to feel your power. As Mikhail Vasilyevich says, “A healthy person can be a good warrior.”

When I was engaged in martial arts, I had fights on the street, because there was a conflict in my head. Maybe I did it because of fear - I was looking for the most powerful art for self-defense. I was engaged about ten years, but did not find what I wanted. Then, after a two-year break, I watched a video with Vladimir Vasilyev, and saw there complete freedom of movement.

Having started to study the System, I stopped fighting on the street. Maybe because the world knows that I perceive different situations differently, and now they don’t happen to me.

In combat, your movements should be convenient for you and inconvenient for the enemy. Aerobatics, when the enemy is confused in their movements. But for the beginning it is necessary that their movements are ergonomic, and for this you need to be "corrected", free from clamps, "distortions", and diseases of the spine. Clamps, among other things, are also a big drain on energy. Try to make a fist - how much will you hold it? And the clip is the same tension, only habitual, and therefore already imperceptible.

The clamp in the muscles of the arms makes it difficult to deliver quick blows. The clamp in the mind prevents quickly and correctly assess the life situation. The stress method helps to get rid of the usual scenarios of the "passive-aggressive" response to various situations. Such scenarios, which have arisen after some traumatic experience, lead to squeezing and aggression and often determine the character and fate of a person.

In the System M.V. Ryabko has good methods for relaxing the mind and body.

Exercises are given in a systematic sequence, include psychosomatics and cognitive psychology, not contrary to science. Interestingly, by getting rid of blocks, a person may lose motivation to engage in hand-to-hand combat, but even in this case, the exercises should be practiced to maintain shape, as a person can train any condition, but all of them weaken over time.