"Bison" on the teachings (video)

April 15 2016
37
TV channel "Star" published a video in which the landing ship "Mordovia" as part of the exercise leads the fire on the conventional enemy. Reports about it Rossiyskaya Gazeta. 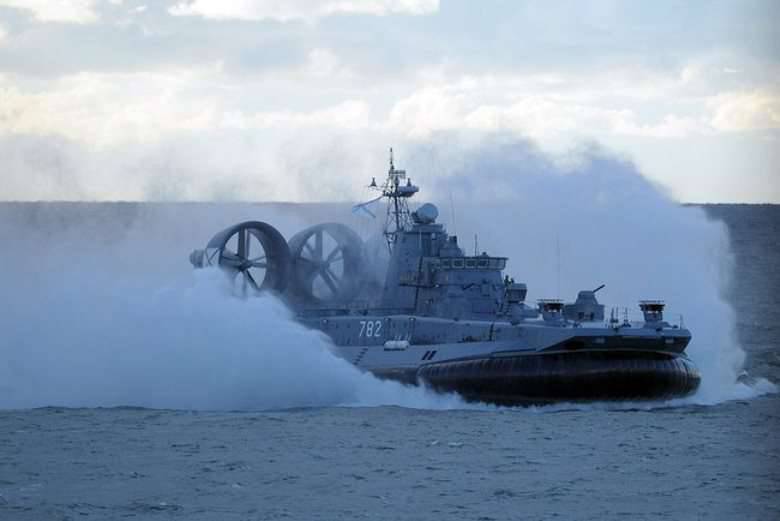 “Within the framework of the exercises in the Baltic Fleet, artillery firing at surface and air targets was accomplished, and the maneuvers of the landing on the coast ended. The composition of the landed forces included armored personnel carriers BTR-82 and assault units of the Marine Corps, ”the newspaper reports the Ministry of Defense.

Help "WG": “The Bison is the world's largest hovercraft. Its length is 57,3, its width is 25,6 meters, its displacement is 555 tons. The vessel can accommodate up to three main tanks or 9 transporters and more than a hundred paratroopers with them. Without heavy equipment, the Zubr can accommodate up to 500 troops. ”