April 15 2016
89
Boils a little, apparently. The online community pretty shook up the statement of Anatoly Sharia that he will no longer be engaged in the creation of clips on the DPR. With the recall of their correspondents from there.


Well, the logical conclusion of the activity. Maybe it's a secret for someone that with censorship in the DPR everything is just fine, for me personally there is no secret. Someone may say that Anatoly was angry with the fact that his rather provocative reportage was negatively perceived by the community, there are some, but the fact that the reportage perfectly showed the state of minds in Donetsk is obvious. As well as the fact that most of the respondents didn’t really say anything. In addition to common stamps. Well, the fact that the part did not know what kind of holiday it was was a song. 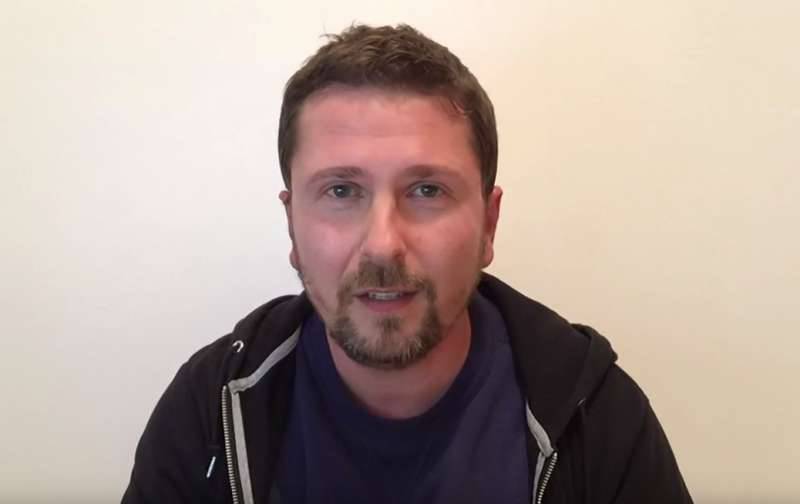 But the fact that Sharia’s correspondents could receive threats addressed to them, I believe in it, because I receive it myself. Of course, not in such quantities, but there is little. And what about those who work "on the ground"? I understand Anatoly perfectly. Like the fact that, despite the "encryption", each of the correspondents may well play "the basement."

Well, Shary still fell under the principle of "either good or no." It is a pity, of course, since he never lied to lies. You can talk for a long time on the subject of whose Shary, but the fact that he did his job correctly, is a fact. It is a pity, I repeat, this is a great loss for those who want to know the situation not only from the DAN issues.

The fact that virtually everything in the DPR is strangled by censorship is obvious. I watched the local blogging reaction to the events of the evening of April 12, when someone fired a grenade launcher in the center of Donetsk. "Hello" was planned to transfer to Darya Morozova, the ombudsman. Morozova deals (and rather successfully) with the exchange of prisoners of war and civilians between Ukraine and the DPR. So, the information spread through social networks pretty quickly. But everyone was silent. Waited for the official version. And as soon as it was announced (as usual, by unknown persons), everyone exhaled and rushed to scribble with relief.

The reproach is not about the bloggers of Donetsk. No complaints. It would be desirable to live, and to live in freedom all the more. Negative and so above the roof. I give just as a fact. Another fact of action unknown, but effective "DRG MAT". No more.

It is clear that Morozova could not interfere with anybody’s activities. Probably, only with the exception of those who would be interested to make an exchange on a commercial basis.

Well, peremoga? In general, it is not clear how such a scoundrel could ever hold this position ...

The whole problem is that all my sources in the DPR, who were at least a little familiar with Lyagin’s personality, characterized him as a frankly stubborn anti-Maidan. Moreover.

Back in the distant 2005 year, Lyagin created the anti-orange social organization “We”, which from birth had stood up in clear opposition to President Yushchenko. On the initiative of the Congress of Ukrainian Nationalists, the Ministry of Internal Affairs of Ukraine opened several criminal cases against Lyagin. And throughout his political activities, he openly advocated the accession of the eastern regions of Ukraine to Russia.

By the way, the deputies elected to the post of CEC chairman Lyakin by open voting.

And the most interesting. I do not know how he could personally enrich himself there, but they hinted to me that Roman Viktorovich was “bombing”. Rave? But no. The fact is that the Central Election Commission of the DPR is not formalized and the expenses for the remuneration of employees for its activities are not included in the state budget of the Republic.

During the entire existence of the commission, neither the chairman of the CEC nor the department officials received a single ruble or hryvnia.

Perhaps this is a grave crime: do not allow yourself and your family to die of hunger, doing the affairs of the republic for free.

But the dismissal is not over. In the evening of the same day, Roman Lyagin just disappeared. After visiting the receptionist Mr. Zakharchenko, from where he called home on April 16-30. More about his fate is not yet known.

There is information that a few days before these events, Lyagina was threatened by Andrey Kramar, the first deputy head of the executive committee of the OD "DR". Referring to the posts on Facebook on the personal page of Roman, Kramar urged him not to speak so harshly about the current government in the republic and to remove previously published notes.

And there was a man. It turns out that Alexander Zakharchenko has a brother. Sergey Vladimirovich. A native of Donetsk, 12.05.1982 was registered in the same place as the elder brother, in Donetsk, on ul. Vyatka, in the house number 6.

Interestingly, Sergei Zakharchenko does not occupy any posts or positions in the DPR. That in itself claims to originality. And there is no that in the official biography of the president of the republic, that in social networks. Invisible Man.

And how did the Donetsk residents learn about the existence of their brother from Alexander Zakharchenko?

It all happened on April 10, in the evening, around the 20 clock, in the Beerstown brewery. A certain citizen with his friend, allegedly being intoxicated, went into the hall. And immediately began to pester the waitresses. Then, at the DJ console, after having pulled out a pistol, he began to incline the DJ and the waiters to joint drinking of alcohol.

Apparently, having been refused, this man grabbed a brandy glass and smashed it against the waiter, and threw the rest of the glass into his neck.

By that time, one of those present had already called the police. Drunk with a gun - still not the best surroundings for the normal drinking of beer.

Arriving attire in the door ran into a citizen who wanted to quickly leave the institution. And he was caught.

The detainee did indeed have with him documents in the name of Sergey Vladimirovich Zakharchenko, a pistol, a large amount of money in US dollars, and found several more in the car. weapons.

While checking the documents and searched the car, Zakharchenko managed to make a call by phone.

After some time, representatives of the security service A. Zakharchenko, identified as "Semyon" and "Berkut", arrived at the scene of the incident. They seized the recordings of the surveillance system in the bar and, taking Sergei Zakharchenko, took them away with them.

I am glad that in all the confusion they did not forget about the waiter. He was taken away by the ambulance that arrived; nothing threatens the life of the guy anymore. Great lucky, the artery is not hurt. However, the tendon on the neck is damaged by a cut.

You will think that in other cases it is better to be an orphan ...

Go ahead. I would like to say a few words to the APU. And, strange as it may look, kind words. I am extremely grateful and glad that on the day of such a stupidly stupid action as a multi-thousand gathering in the center of the city that is in the range of artillery of the Armed Forces of Ukraine, there was not a single inadequate able to send a couple of 152 mm shells to the city center. And thus punish the separatists for such carelessness. This is very cool.

But in the area gathered, as representatives say, from 20 to 50 thousands of people. Well, let it be even 10 thousands. It is terrible to think what kind of harvest could even collect two shells, flown into the city center. And they could. We flew earlier.

We write about the incessant shelling, supply problems, how hard it is for the people of Donbass. It turns out, time? No problem at all. Everything in the republic is just wonderful and beautiful. And Basurin, it turns out, every day bears nonsense in his reports, telling about the intensified shelling from the side of the Armed Forces of Ukraine. For if this were so, then no normal person would allow such meetings and marches to be held.

Forbidden before. In order to avoid human sacrifice. And then suddenly allowed. Or not suddenly? Here either really, or everything is in order, or reasonable people in the government of the DNI ended. Finally and irrevocably.

I understand Anatoly Sharia. And I begin to think that the topic of Donbass should be ended in an amicable way. And do not interfere with one to build a new republic, while others rejoice at this construction, since everything is so beautiful and wonderful.

There is DAN, there are a lot of authors, including, and we, who will write with pleasure, how balloons soar into the sky, how people wear multimeter ribbons, how happy the faces of people shine, probably, who understand that their life will now be bright and light.

We will rejoice with those of the Pitmen who will turn off the gas and the light, because their mines are broken, the factories have been shot by artillery. They, of course, understand better than me that this is necessary for the construction of a new republic. And they will live in the name of this worse than their former fellow citizens "on the other side."

We will rejoice with the former militiamen, dismissed "of their own volition" or for offenses some time before they received injuries or mutilations.

Let us be glad that there are fewer and fewer dishonest people like Khodakovsky in power, who spent money not in the right way or the wrong place. I received information that soon Mr. Timofeev, or "Tashkent", will become the deputy prime minister of the DPR. Which not once tried to dismiss for his frankly boorish tricks. And again and again, like a phoenix from the ashes, he rebelled and continued his activities for the good of the republic.

We will be happy for Zakharchenko, Filippov, Timofeev, Verin, who can afford to buy real estate in Moscow. And which will be where to run in case of what and what to live. Unlike many residents of Donbass.

Perhaps I will also be pleased. If it is so necessary for the good of the republic. Silently.

Ctrl Enter
Noticed oshЫbku Highlight text and press. Ctrl + Enter
We are
Situational analysis of the death of the MH17 flight (Malaysian Boeing 777), made on the basis of engineering analysis from 15.08.2014Results of the week. “I recently believe that everything in life is possible, even that which is impossible”
Military Reviewin Yandex News
Military Reviewin Google News
89 comments
Information
Dear reader, to leave comments on the publication, you must sign in.