The first experience of air battles showed that fighters almost always attack bombers from the rear hemisphere. Therefore, for more effective protection on the next version of the Zeppelin, which received the military designation RV, the nacelles were turned to 180 degrees. Engines with screws now stood in front, and machine-gun turrets - in the back. In addition, on the RV, another turret was mounted in the so-called "swallow's nest" - a drop-shaped gondola built into the center wing section of the upper wing.

The car was built in June 1916, and 23 December it was included in the squadron of heavy bombers Rfa 501, located in the Belgian city of Ghent. The aircraft made its first combat sortie on 25 on January 1917 of the year, dropping bombs on the port facilities in Calais. Over the next eight months, he was able to produce all 16 night bomb raids due to regular breakdowns and malfunctions. In October, the plane crashed while landing in a fog and was written off.

In 1916, the Zeppelin Aircraft Manufacturing Company moved from Gotha to the Berlin suburb of Staaken, in connection with which its name changed from “Fershukhsbau Gota-Ost” to “Zeppelin-Stataken”. Already in a new place, a very successful modification of a heavy bomber under the symbol R.VI was designed and built. In it, Zeppelin refused to "pairing" the motors, in which the weight grew and the reliability of the power plants decreased, and much of their power was lost in the gearboxes.

R.VI was equipped with four engines of a Mercedes D.IV 260 hp or "Maybach" Mb.IV of the same capacity, two of which directly worked on the pulling screws, and two more - on the pushing ones. The cockpit was closed and glazed, and instead of the nose engine installed machine gun turret. Behind the cockpit was a radio room, behind it — a gas tank. Next to the tail equipped shooting post with the upper two-gun turret and the lower "dagger" fire installation.

A bomb bay was placed under the deck covering the 18 100-kilogram bombs. Ammunition of a larger caliber aircraft could carry on external sling. The maximum combat load reached two tons, it was a record figure for airplanes of the First World War.

The crew consisted of ten people: the first pilot, he is the crew commander (in the terminology of the time - the captain of the ship), the second pilot, navigator, radio operator, two gunners and four engine-engines. There were no devices to control the operation of the engines in the cockpit. If the commander wanted to add or lose speed, he gave the appropriate command to the mechanics in the engine nacelles using machine telegraph or light signaling.

R.VI was the first modification of the Risenflugtsoyg, which the military found worthy of launching into mass production. In 1917-18, 18 copies of this machine were produced, each of which cost the German treasury more than half a million marks. Most of them fought on the western front as part of the Rfa 500 and Rfa 501 bomber squadrons. From June 1917 to May of the following year, they regularly bombed London, Dover, Folkestone and other cities in south-east England. For all this time, the British air defense managed to knock down only one four-engined bomber, but three more cars crashed on its territory due to difficult weather conditions or technical problems.

In February 1918, R.VI first dropped a 1000-pound jig on London - the heaviest aviation ammunition used in the First World War. In the last months of the war, German giants operated mainly over France and Belgium. As a rule, “Zeppelins” flew singly, less often - in pairs. Several times they bombed Paris at night, and the last raid on the French capital took place at the very end of the war. During these raids, three more cars were lost. The Germans who had survived R.VI had to be destroyed in 1919, in accordance with the terms of the Treaty of Versailles.

The most interesting from a technical point of view was the 16-th bomber serial copy. In order to increase the height, it was equipped with a supercharger working from the fifth engine located in the fuselage. The air compressed by the supercharger was piped to the carburetors of the traction engines. Because of this, they did not lose power at high altitudes, and the ceiling of the car increased one and a half times, from four to six kilometers. At this altitude, the aircraft was invulnerable to enemy anti-aircraft guns and fighters. However, the compressor unit turned out too heavy, complex and cumbersome, in addition, the crew at high altitudes had to constantly work in oxygen masks. Therefore, the system has not received distribution. But 20 years later, the idea of ​​a motor supercharger returned to the USSR, setting it up on the heavy TB-7 / Pe-8 bomber.

Zeppelin RV and its team. 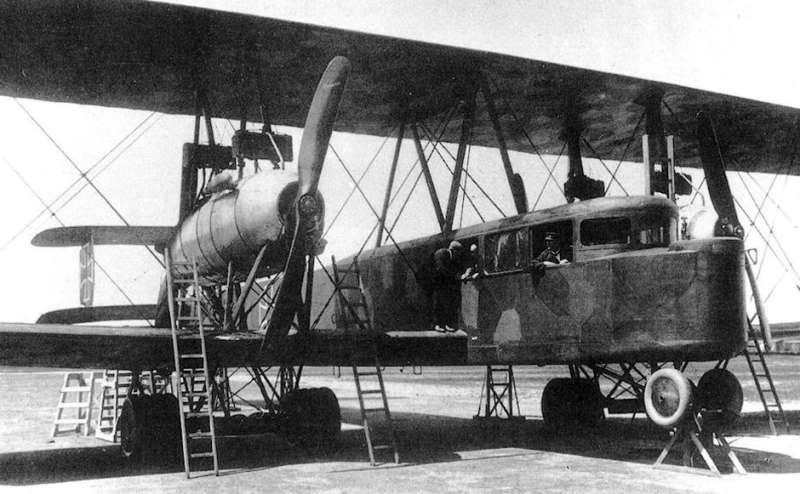 R.VI is Germany's only serial World War I heavy bomber.

Two R.VI at the frontline airfield. 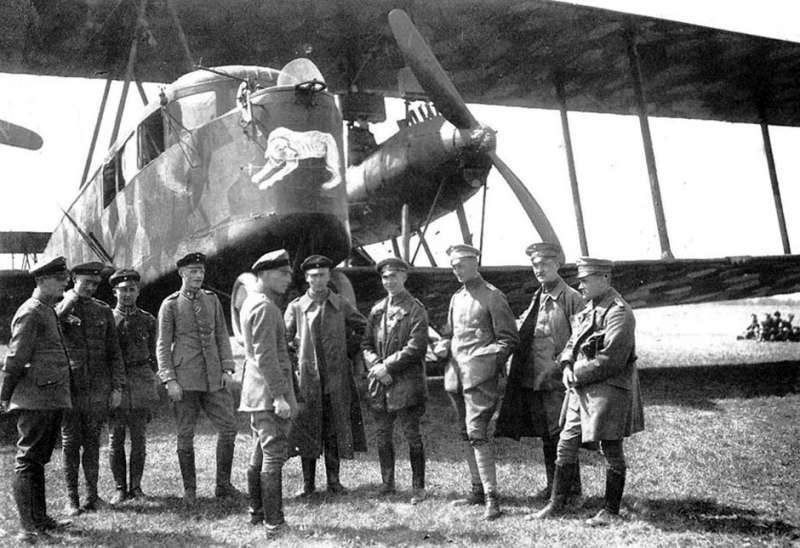 The crew R.VI near his car. 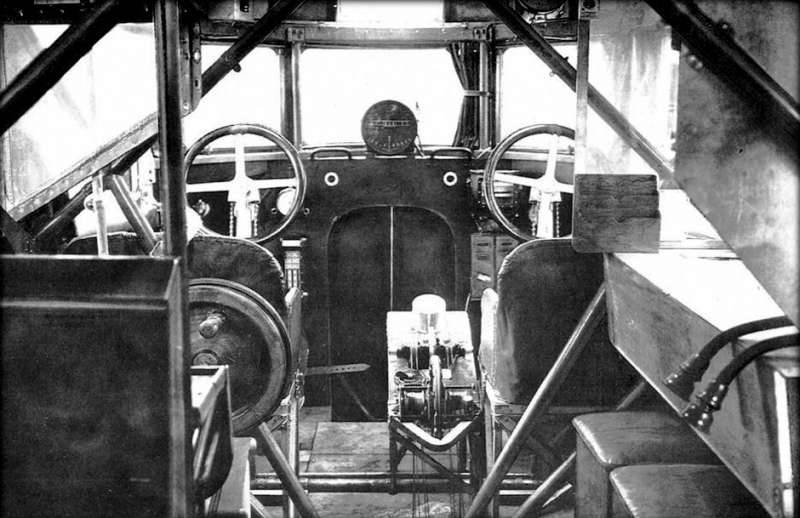 Cabin interior R.VI. Unlike the "Ilya Muromets" control of the aircraft was dual. 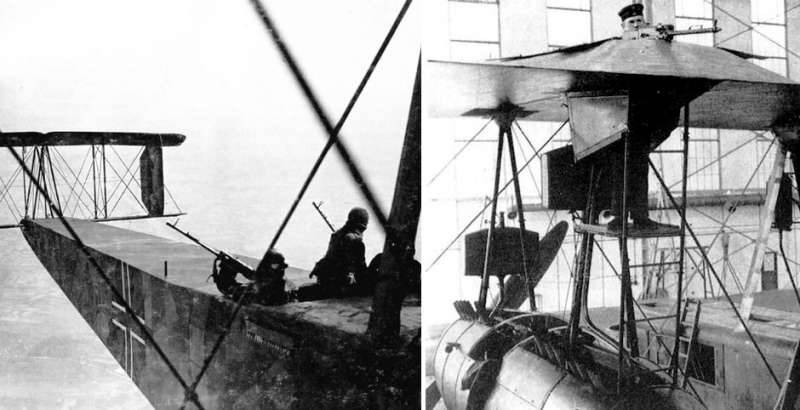 R.VI in the camouflage "night lozenge".