April 14 2016
50
The Vietnamese shipbuilding enterprise "Bashon" launched the 2 missile boats of the 1241.8 ("Lightning") project, built under a Russian license, reports MIC with reference to tass. 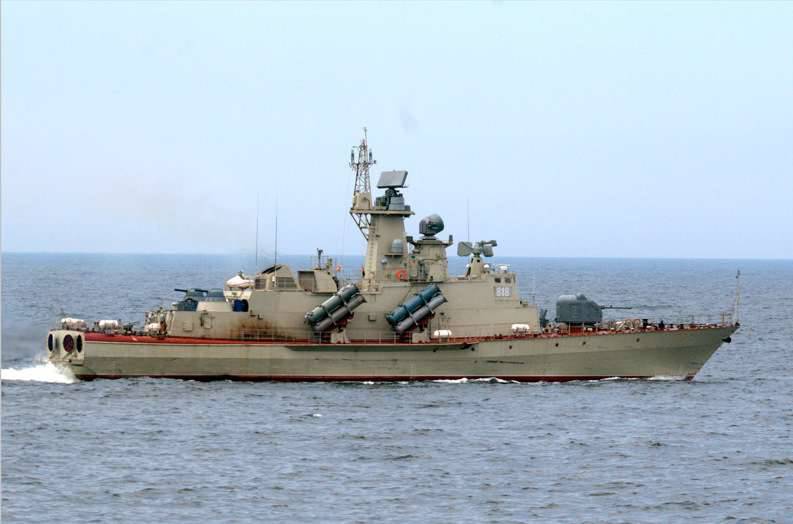 According to the agency, "at the ceremony held in the southern Vietnamese city of Ho Chi Minh City, were attended by Deputy Minister of National Defense of the Socialist Republic of Vietnam (SRV) Chyong Quang Khan, Secretary of the City Committee of the ruling Communist Party Dinh La Thang and Russian Consul General in Ho Chi Minh City Alexei Popov.

“The transfer of the Navy boats“ Lightning ”will be an important step in the process of modernizing the forces of the Vietnamese military fleetwho are entrusted with the reliable protection of the islands and the sovereignty of the country at sea, ”said the Deputy Minister of Defense.

“Creating the boats“ Molniya ”, the team of the General Shipbuilding Company“ Bashon ”makes an important contribution to the cause of protecting the maritime frontier lines,” he added.

Help "MIC": “The contract for the construction of boats was concluded at 2003. According to its conditions, two boats designed by the Almaz Central Maritime Design Bureau should be built in the Russian Federation and from 6 to Lightning 10 equipped with the Uranium missile system -E ", under the Russian license - in Vietnam. The first boat was handed over to the customer in 2007 g, and the second - in 2008. In 2010, with the laying of the first boat at the Bashon shipyard, the licensed part of the contract was launched. To date, four Lightning have been built in Vietnam. ”

Ctrl Enter
Noticed oshЫbku Highlight text and press. Ctrl + Enter
We are
Vietnam became one of the largest customers of the Russian naval technologyVietnam, along with India, became the largest customer of the Russian naval equipment
Military Reviewin Yandex News
Military Reviewin Google News
50 comments
Information
Dear reader, to leave comments on the publication, you must sign in.