Burn, but save. In memory of the pilot Mamkin

April 15 2016
28
The pain that pilot-hero Alexander Mamkin experienced in a fire in the cockpit is difficult to imagine. And it is absolutely unthinkable that, tormented by this pain, the person lost control and saved the children ...


The events in question occurred in the winter of 1943-44 years, when the Nazis adopted another brutal decision: to use pupils of Polotsk Children's Home No. 1 as donors. German wounded soldiers needed blood. Where can I get it? Children.

The first to stand up for the protection of the boys and girls was the director of the orphanage, Mikhail Stepanovich Forinko (he was in charge of the underground group). Of course, for the occupiers, pity, compassion and, in general, the fact of such atrocities were of no importance, so it was immediately clear: these are not arguments. But the reasoning became weighty: how can sick and hungry children give good blood? No way. They will not have enough vitamins or at least the same iron in their blood. In addition, there is no firewood in the orphanage, windows are broken, it is very cold. Children all the time catch cold, and patients - what kind of donors are they? First, children should be cured and fed, and then used.

And the German command agreed with such a "logical" decision. Mikhail Stepanovich proposed to transfer the children and employees of the orphanage to the village of Belchitsy, where there was a strong German garrison. And again, the iron heartless logic worked. The first, disguised step to save children was taken ...
Then a big, thorough preparation began. The children were to be transferred to the partisan zone, and then to be transported by plane.

And on the night of 18 on 19 in February, 1944 of the year left the village 154 of an orphanage pupil, 38 of their educators, as well as members of the underground group "Fearless" with their families and partisans of the Shchors squad named after the Chapaev. Please note, dear readers: the children, it was from three years to fourteen. And all - all !!! - silent, afraid to even breathe. The older ones carried the younger ones. Who did not have warm clothes - wrapped in scarves and blankets. What the fascists had to bring people to, so that even three-year-old kids would understand the deadly danger - and they were silent ...
In case the fascists understand everything and go in pursuit, partisans are on duty near the village, ready to enter the battle. And in the forest of the children there was a sleigh train - thirty jumps.

Very helpful pilots. In the fateful night, they knew about the operation, circled the Belchitsy, distracting the attention of enemies. The children were warned: if suddenly light flares appear in the sky, you must immediately sit down and do not move. During the journey the column sat several times.
Everyone has reached the deep partisan rear. 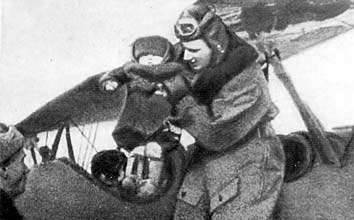 Now the children were to be evacuated beyond the front line. It was required to do this as quickly as possible, because the Germans immediately discovered such a "loss." Every day the guerrillas became more and more dangerous.
The 3 Air Army came to the aid, the pilots began to take out the children and the wounded, while simultaneously delivering ammunition to the partisans. Two aircraft were singled out, with special capsule-cradles attached to them under the wings, where several more people could be placed. Plus, the pilots flew without navigators - this place was also taken care of for passengers.

In general, during the operation, more than five hundred people were evacuated. But now it will only go about one flight, the very last one. It took place on the night of 10 on 11 April. Children of the Guard lieutenant Alexander Mamkin. He was 28 years old. A native of the village of Krestyanskoye in the Voronezh Region, a graduate of the Oryol Financial and Economic College and the Balashov School. By the time of the events in question, Mamkin was already an experienced pilot. Over the shoulders - no less than seventy night flights to the German rear.

That flight was for him in this operation (she was called "Zvezochka") not the first, but the ninth. As an aerodrome Lake Vechelier was used. I had to hurry also because the ice became more and more unreliable every day. The plane R-5 fit ten children, their teacher Valentina Latko and two wounded guerrillas. At first everything went well, but when they reached the front line, Mamkina's plane was hit.

The front line was left behind, and the P-5 was burning ... If Mamkin were on board alone, he would have gained altitude and jumped with a parachute. But he flew not alone. And he was not going to give the death of boys and girls. Not for this, they just started to live, on foot at night they fled from the fascist bloodsuckers to break up. And Mamkin led the plane ... 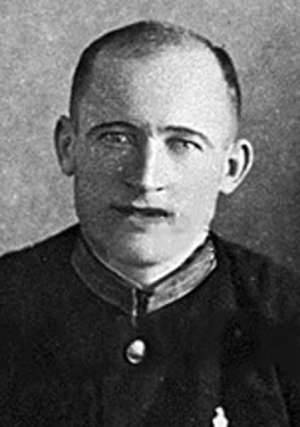 The flame reached the cockpit of the pilot. The temperature melted flying glasses, prikipaya to the skin. The clothes were burning, the headset, in smoke and fire it was hard to see. On the sly, only the bones remained. And there, behind the back of the pilot, there was a crying. Children were afraid of fire, they did not want to die.

And Alexander Petrovich almost blindly led the plane. Overcoming hellish pain, already, you can say, legless, he still stood firmly between the children and death.

Mamkin found a site on the shore of the lake, not far from the Soviet units. The partition, which separated it from passengers, already burnt out, clothes began to smolder on some. But death, waving a braid over the children, could not put it down. Mamkin did not give it. All the passengers remained alive.

Alexander Petrovich completely incomprehensible way he could get out of the cab. He managed to ask: “Are the children alive?” And he heard the voice of the boy Volodya Shishkov: “Comrade pilot, do not worry! I opened the door, everyone is alive, we exit ... ”And Mamkin lost consciousness.

Doctors could not explain how he could manage the car and even safely plant her man, whose faces were fused glasses, and from the legs were only bones? How could he overcome the pain, the shock, what efforts did the mind hold?

The hero was buried in the village of Maklok, in the Smolensk region. From that day, all the fighting friends of Alexander Petrovich, meeting already under a peaceful sky, drank the first toast “For Sasha!” ...

For Sasha, who grew up without a father in two years, and very well remembered the child's grief. For Sasha, who with all his heart he loved boys and girls. For Sasha, who bore the surname of Mamkin and himself, like a mother, gave his children life.

Ctrl Enter
Noticed oshЫbku Highlight text and press. Ctrl + Enter
We are
Mystery of mercyMust not be a non-awarded hero
Military Reviewin Yandex News
Military Reviewin Google News
28 comments
Information
Dear reader, to leave comments on the publication, you must sign in.