EuroPRO is not against Martians

April 15 2016
29
This week, US Assistant Secretary of State for Arms Control Frank Rose explained to the world community that the European missile defense system is “not capable” of posing a threat to Russia. Russian experts have a different opinion. Yevgeny Lukyanov, Deputy Secretary of the Security Council of the Russian Federation, believes that US missile defense facilities in Europe can be used to deploy offensive weapons, including cruise missiles with nuclear warheads. 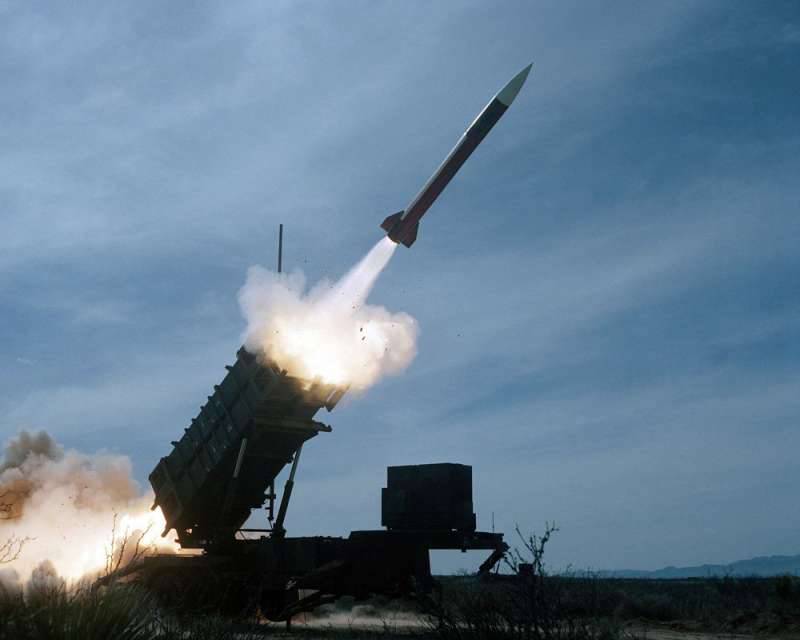 In his opinion, the EuroMD system cannot pose a threat to Russia for technical reasons.

“Both the United States and NATO clearly explained that the American elements of the missile defense system being built by NATO in Europe were not designed to threaten the Russian deterrent forces. It (the EUROPRO system) is not capable of presenting such a threat, ”the agency quoted an official.

The diplomat also noted that over the past years, the US and NATO "have repeatedly explained this to the Russian side."

Recall that Moscow has long, since 2011, insisted on written assurances from the United States of nondirection against the said ABM system promoted by the Americans against the Russian Federation. In particular, Foreign Minister S. Lavrov spoke about this when he mentioned the guarantees “clear and on paper.”

However, political bosses from Washington did not intend and are not going to give written guarantees to the Kremlin. The frank American Mr. Michael McFaul, who once declared that the White House would not give Russia legal guarantees on any restriction of the European missile defense system, spoke directly about this.

Also recall that the United States recently again identified Russia as a list of "major threats" to national security. In addition, the Pentagon military asked for three billion budget dollars to "defend the Allies in Europe," which was supported by the argument about the need to "contain Russia". Last year, politicians and military from the United States more than once called Russia "enemy number one," and Hillary Clinton, now rushing for president, called Vladimir Putin "the new Hitler."

Statements by US Assistant Secretary of State for Arms Control, Frank Rose, about the European missile defense system caused the reaction of politicians and the expert community in Russia.

US missile defense facilities in Europe can be used to deploy offensive weapons, including cruise missiles with a nuclear warhead, which creates a direct threat to Russia's security, explained Interfax in Tashkent, Deputy Secretary of the Security Council of the Russian Federation Yevgeny Lukyanov.

“Launchers in the missile defense system in Romania and Poland will be able to launch both anti-missiles for the destruction of our ballistic missiles and cruise missiles. And this is already offensive weaponwhich can be supplied with nuclear warheads, ”the agency quotes him.

“For us, this is a clear threat and a direct danger,” he added.

According to Lukyanov, the deployment of a missile defense system near the borders of the Russian Federation is "a direct consequence of broken promises, simply a deception that NATO will not expand to the east."

As the expert of the Institute of Socio-Economic and Political Studies, Aleksey Zudin, noted, since the beginning of the deployment of missile defense in Europe, the United States did not want to give Russia guarantees using diplomatic nods, and now Washington has thrown off the mask and openly showed its intentions. “However, this position has not yet been voiced publicly. Any nonsense in the psaki style was voiced - such as the fact that EuroPRO is directed against the Martians, ”said the expert. Reedus.

Rose’s revelations revealed the brutal grin of American imperialism. Washington has rejected shame most likely because it sees no more reasons to “flirt” with Moscow. Strengthening Russia's position is forcing Americans to abandon ambiguous practice. “In today's arguments of Rose, we did not hear anything new, Russia knew about it from the very beginning. But on the other hand, the US allies in NATO heard what they wanted: that the United States would hold back Russia, ”said Zudin.

Whether the White House is planning to return to plans to build a missile defense system in Europe and whether it intends to build tactical nuclear weapons there, US Secretary of State Rose Gotemeller told Interfax correspondent Ksenia Baygarova. Material published in the newspaper. Kommersant.

To the question “Is it planned to restore the fourth phase of the European missile defense system (which provided for the deployment of the super-modern SM-3 Block IIB interceptors in Romania and Poland)?” A direct answer was received:

"In no case. We made a firm decision on the European phased adaptive approach (to the creation of the American segment of the missile defense system in Europe. - Note. "Kommersant"). Back in 2013, we decided that the fourth phase was not required, and we canceled it. ”

As for tactical nuclear weapons in Europe, which the United States allegedly intends to increase there, Gotemeller undertook to clarify the situation.

It turned out the following: Washington plans to "replace several types of the B61 nuclear bomb with a single B61-12 armament standard." B61-12 must undergo a program to increase service life - in order to replace obsolete non-nuclear weapons components. At the same time, the military potential of B61-12 will not increase, but will be equivalent to the potential of the old B61 species.

In addition, the number of American weapons in Europe will not increase, but rather decline. The United States will have the opportunity to significantly reduce the number of bombs in its nuclear arsenal, Gotemeller explained.

Recall in conclusion that the anti-missile defense system deployed in Europe at one time was due to the need to protect Europe from Iran’s likely missile attacks. Long before the lifting of sanctions on Iran, but with the beginning of a new cold war with Russia, American politicians and military, who spoke about European missile defense, stopped mentioning Iran.

The creation of EuroPRO is planned to be completed by 2018. Today - and Rose's words are an additional confirmation of this - the United States no longer conceals that the European missile defense itself, and the possible new expenditure on troops in the EU countries, and the strengthening of heavy brigades in Europe are "addressed" to Russia. Because of the Ukrainian crisis, Russia is considered the “aggressor” and one of the main “threats” to the national security of the United States and its allies. Barack Obama, by virtue of his position as a “peacemaker,” has repeatedly denied the new round of the Cold War, but facts eloquently indicate the opposite. The cold war is on, and it started, like its previous stage, not by Moscow.

EUROPRO is not against the Martians - Psaki would not have doubted this now.

Observed and commented on Oleg Chuvakin
- especially for topwar.ru
Ctrl Enter
Noticed oshЫbku Highlight text and press. Ctrl + Enter
We are
Situational analysis of the death of the MH17 flight (Malaysian Boeing 777), made on the basis of engineering analysis from 15.08.2014Results of the week. “In our cooperative, the board is always agreed”
Military Reviewin Yandex News
Military Reviewin Google News
29 comments
Information
Dear reader, to leave comments on the publication, you must sign in.