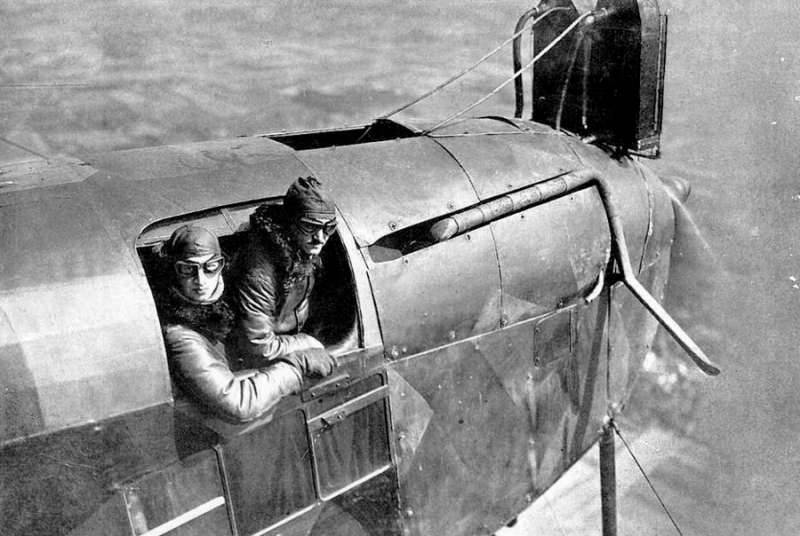 The VGO.II aircraft first flew in August 1915 of the year. It was identical to its predecessor VGO.I in its final five-engine version. VGO.II was used for various experiments, in particular, they tried to install an 105-millimeter howitzer, directed vertically downwards, to fire enemy ships and ground targets. However, tests have shown that the recoil force of the gun is too great for an aircraft with a fragile wooden frame. Subsequently, the second German giant was used to train and train pilots until it crashed.

At the end of May, the 1916 of the year took off the third model of the VGO.III, equipped with six Mercedes D.III III engines rated for the 160 hp. In the nacelles, they stood next to each other, and in the nose of the fuselage - side by side. The gondolas themselves were made more elongated and streamlined, giving them a rounded section. In the fuselage, between the cockpit and rear rifle station, equipped with a fairly large bomb bay. The aircraft could lift up to 1000 kg. there are twice as many bombs as “Ilya Muromets”.

VGO.III was adopted, having received the military index R.III. R is an abbreviation for the word Riesenflugzeuge, which translates as "a huge plane." This letter in the German Air Force designated heavy multi-engined bombers. In early August, R.III arrived at the Baltic sector of the Russian-German front, and on August 13 - made the first raid on the Riga railway junction. 18 August in the next raid the crew of the "Riesenflugtsoyga" first met with Russian anti-aircraft gunners. The plane received three shrapnel hits in the wings, but managed to return to the airfield.

Further R.III. made seven more bomb raids on the Russian military and transport facilities, but the car didn’t fly so much as idle at the airfield because of constant problems with the engines. 24 January 1917 of the year was the last day of her combat service. On that day R.III. whether it was shot down, or crashed for technical reasons. The plane crashed and burned, killing five of the seven crew members.

The next giant, R.IV, came to the test of 16 August 1916 of the year. From R.III it was distinguished by wing power units with 220-strong "Maybachs" instead of 160-strong "Mercedes" and four-bladed screws. Thus, the total power of the propulsion system reached 1200 horsepower. Accordingly, increased flight performance. The maximum speed of the R.IV without bomb load was 130 km / h (with bombs - 110), the ceiling - 3700 m. The plane was equipped with a radio station, and the crew members' workplaces that were far apart from each other were connected with telegraph lines. A radio operator and two more machine-gunners were introduced to the team, and on the upper wing, over the engine nacelles, they made two additional machine-gun points.

R.IV was the most successful and long-lived of the early "Riesenflugtsoygov." He served as a heavy bomber on the eastern front until the end of 1917, then was transferred to the west and there he fought to the end of the war, making many combat missions, including to London and Paris. After the signing of the Compiegne truce R.IV with arms removed, he carried passengers and mail for another six months, but was later destroyed at the request of the Allies, since the Versailles Treaty forbade Germany to have heavy multi-engined airplanes suitable for use as bombers.

VGO.III at the factory airfield during flight tests. Armament is not yet available. Pay attention to the additional steering surfaces, "strung" on the extreme wing racks. Later they were dismantled. 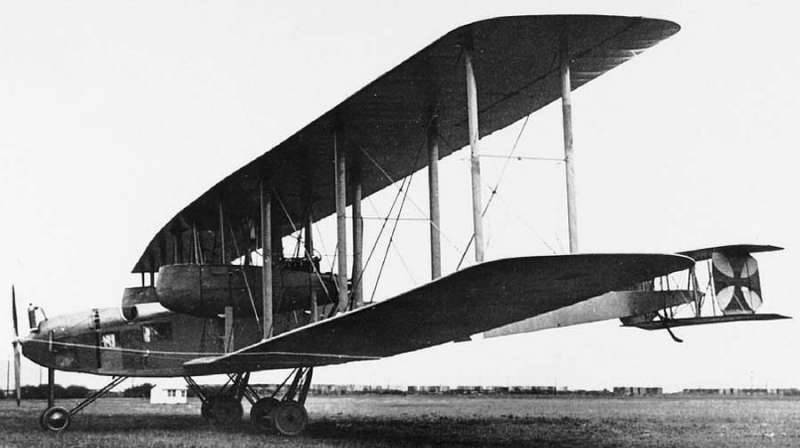 Another shot of VGO.III, taken before being sent to the front. 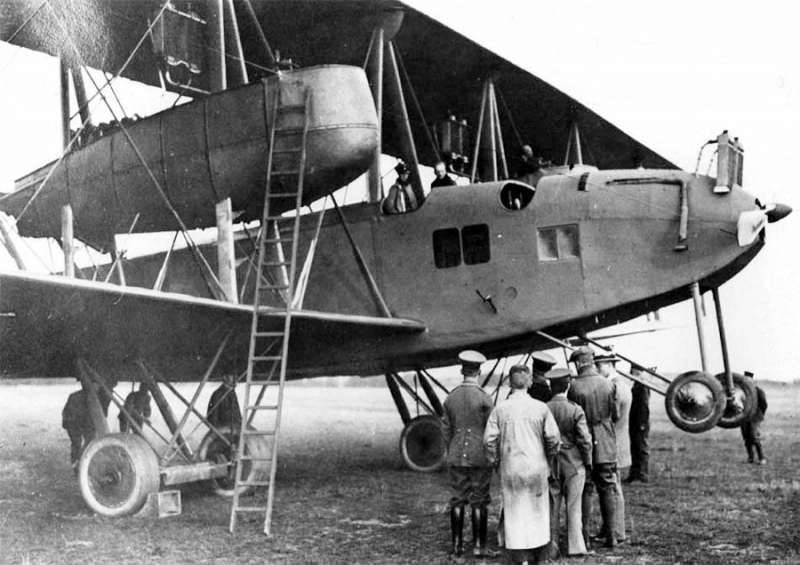 The bow of VGO.III close-up.

R.IV with a group of its creators and testers. The plane has not yet received weapons and "war paint". 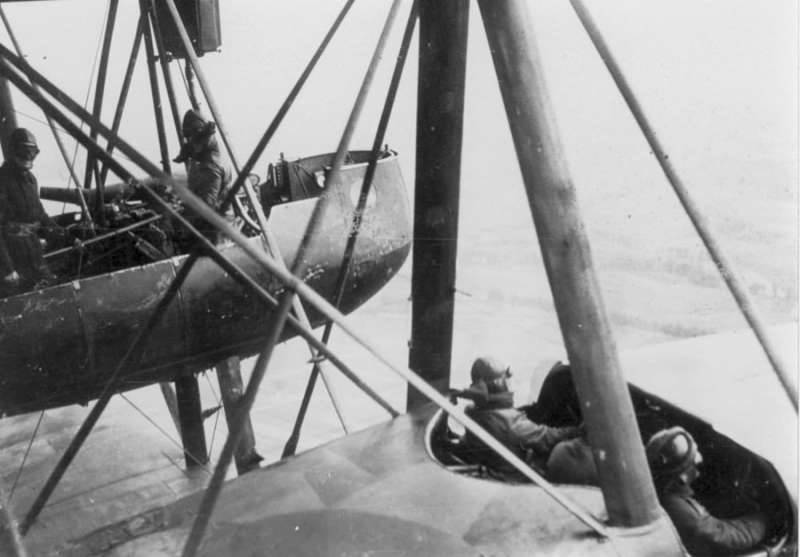 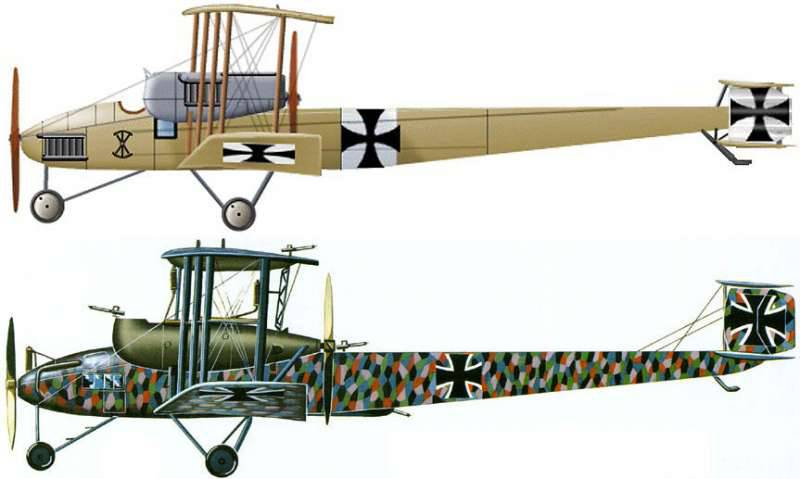