April 14 2016
167
Forced patriotism. Sounds right? The term, it turns out, is new, but rather strange, even with a hint of stupidity. 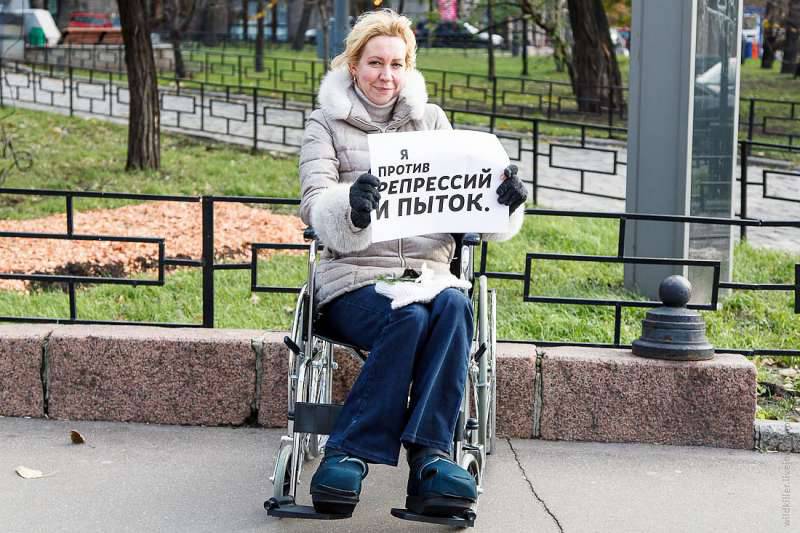 This term was launched by Tatyana Lazareva, comedian from KVN. She said that she had become a forced patriot because Russia had barbarously seized the Crimea, sent her troops to the Donbass and was rotting in the dungeons of Nadia Savchenko. Even threatened to leave the country forever, if Savchenko is not released. Well, everything is in the same spirit, in the style of Kasparov, Navalny and the warm company that we call liberastov.

Well, how many people she responded to on her page in the style of "Wali, survive," say no. Tatyana was genuinely disappointed with the reaction, which she was not slow to write about. But enough about Lazareva, it remains - tolerate, leave - do not cry. Not Kobzon after all ...

However, the topic of forced patriotism will continue. What is patriotism, everyone understands, I hope. But forced - it requires some thought. For all the same, it does not immediately come to how it is at all. Even if Ozhegova or Dahl is connected to his head. Forced emigrant is understandable. Forced resignation is understandable. That is, any action committed against their will. Even the forced landing, that the plane, that person, has a completely unequivocal washed away.

Sounds pretty pointless. You can be a patriot of your country, but you can not be. How can we make externally, we know very well, historically passed. Internally - hardly. That's the way a person is built in essence.

I was prompted by a very vivid example of forced patriotism. Jackal Tabaka in the TV series Kipling. And, by the way, an important aspect: Kipling did not tell what happened to Tabaka after Mowgli’s associates beat the tiger. The references to the skin of the jackal on the rock board was not accurate. So definitely survived, most likely.

So is this pack. Survive. For the day is quite easy to earn money, being quite a patriot of the ruble, and devote their free time to the struggle for Russia. The fact that this is a slightly different Russia than what the majority wants to see does not change the situation.

One consoles that we were forced to become patriots. We are those who are on the other side of the barricade.

But the name of the forced is still a legion, and they love their work, since they sincerely believe in their own, even if forced, patriotism. And the work is done, and done well.

In general, there is a certain feeling that we no longer have a barricade, but a ring. And we are surrounded. On the one hand, it seems to be nothing, and you can attack in any direction. But for some reason it is necessary to attack, excuse me, in feces. So well designed for the joy of the future. Examples? Excuse me

Our first channel on the TV. You will say that not a single normal person would start looking at him, unless there is nothing on the others. I agree. But the first - he is the first in Africa. They look.

It was shot last year and recently the series “The Hangman” was shown again. It seems to be based on real facts. It seems that the idea was to show some moments of our stories. Maybe even properly.

But in fact - the next punishment bat, bastards, tired of the sun and other Stalingrad from forced patriots.

A film about the actions of Tonka-machine-gunner, a former nurse of the Red Army, who became a full-time executioner in the service of the Germans in the occupied territory of the Bryansk region.

Of course, it is impossible to spend budget money on something other than the story of Antonin Makarova-Ginzburg. The country, of course, should know not only its heroes, but also its scum and traitors. Without this in any way.

Partially agree. Need to know. But why exactly?

Documentation on TV series zero. But lies - abound. And this lie is written by those who created the images of the bastards and the penalty battalion. Nothing new. And it cannot be said that the “work on the mistakes” was not done. Was. Frank douche by a known substance seems to be absent. But - nuances, dear, nuances ...

An investigation by the investigation, but the image of the Soviet soldier is taken exactly from those films. The blooded, contused soldier Fyodor (historically Nikolai Fedchuk), having come to his senses after the battle, first of all goes to search the corpses for food and water. Its, of course, no. From where Having had a quick snack, right there, among the corpses, he finds the heroine, and after a while rapes her, in a little forest nearby.

Here it is, the true image of the Soviet soldier, right?

Nothing that was a fight, nothing that was wounded / contused, otherwise I would not lie in a trip, nothing. Most importantly, I had a bite because I found the killed comrades, used the chance to relieve the stress of the recent battle and contusion, and went on with my girlfriend. And then, having reached the wife-children, the girlfriend, quite naturally, threw. And there was nothing left for the poor nurse to throw into the arms of the Germans.

I will not strongly argue, maybe the series is not so bad as it seems to me. At least, the basic meaning is almost the same as in reality. The authorities did not blunder, and the killer of one and a half thousand Soviet citizens was exposed and suffered a well-deserved punishment.

It really is. Since the liberation of the village of Lokot, the KGB has been searching for a mysterious performer of sentences. And in the end I found it. In 1978, Makarova-Ginzburg was arrested, and in 1979 she was shot in accordance with a court verdict.

I repeat, maybe the show is not so bad. In relation to the Murovtsev at least. Despite the fact that the KGB was investigating. But in the series there is still a fly in the ointment, which can ruin any barrel of honey.

The question is, how much more time must pass to erase from the films and serials that image of the Soviet soldier who is being heavily crammed in there? Shtrafbatno-Stalingrad. Swollen.

The question is, who benefits from showing the image of a soldier or officer of the Red Army in this way? Producers Ernst and Evstigneev? Director Nikiforov? Screenwriter Kudre? Or some "forced patriots" who pushed the episode into the film? Or are all of these "forced patriots"?

Let's just say Konstantin Ernst is quite difficult to blame. Still crowned with orders from both Medvedev and Putin. For services to the Fatherland. And Nikiforov and Kudrei are not particularly suspicious. Nikiforov has in his works both the “State Border”, and “Bread smells of gunpowder” and “The Great Adventure”.

Blaming is generally easy. It’s harder to understand who is not profitable for anyone, there’s just no problem with that. It is difficult to answer the question: how long will the introduction of false and vile images into the heads continue? How much time should still pass, how many people on the posts should be changed, so that on-screen celebrity films in the spirit of penalties and other things would cease to appear?

And work has become thinner. In general, the show "The Executioner" almost no complaints. Except for a small blotch. But - false and vile. And, since it has not disappeared from the screens, since it continues to be shown, it means that it is in demand. Konstantin Ernst would not turn that which would not bring benefit to the channel, not that person.

So it turns out that this situation is such that in our time against those of Russia we dream of, not only those whom we call "liberals" act. With them, by the way, even easier. What can we expect from a normal “liberal” of the type of Sobchak, Kasparov, Navalny, Makarevich, Kasyanov, Akhedzhakova? All this is well known. And something new is unlikely these gentlemen will tell us in the near future.

But forced patriots - it will be worse. For they are patriots. In appearance. But in fact - forced. Something like a secret Masonic lodge, when during the day a person works tirelessly for the good of the state, and in the evening, with a group of friends, thinks about how to insert this state from the other side.

On the one hand, any conspiracy theory looks a little funny today. And on the other ... If you look on the other, it somehow turns out strangely: everything is in favor of Russia's prosperity and progress, but in fact it’s somehow very much out of its power. And examples of the mountain and a small truck. Enough for a separate material.

Well, sorry, I do not believe that a handful (nationwide) of liberals is guilty of everything that is crooked in our country. And in the actions of foreign agents do not believe. More precisely, I believe that agents can financially support those who lobby for some issues and slow down others. For to conquer Russia is unreal, you can only try to buy. And, that the most rotten, those wishing to sell will always be. So, too, historically has a place to be.

I will return to the heroine of the series criticized by me. In the village of Lokot, where Makarov "worked," there was no German government. Who is interested, he can study the materials on the Lokotsky self-government. An interesting administrative entity was slightly smaller than Belgium and with a population of half a million people.

So, there were almost no Germans there. Of course, there were parts, but there was an official order to categorically not interfere in the affairs of the Russians. It was possible to advise.

So the Russians led everything there. And the police forces were from Russians. And his own army was, RONA (not to be confused with the ROA), numbering about 10 thousand people, with tank battalion and artillery division. And the chief executioner was Russian. The Germans did not want to get dirty again.

Traitors and Judas were, are and will be in any nation. The question of the number and percentage of the total.

Ctrl Enter
Noticed oshЫbku Highlight text and press. Ctrl + Enter
We are
The release of Savchenko. Implications for Russia and UkraineResults of the week. “If I am leaning against a warm wall in a quiet place, then I’m still nothing at all!”
Military Reviewin Yandex News
Military Reviewin Google News
167 comments
Information
Dear reader, to leave comments on the publication, you must sign in.