April 13 2016
47
The authorities of the Baltic countries go to any tricks in order to increase the expenditure part of the budget on the maintenance of their armies - up to 2%. Two percent is the so-called "NATO rate". In NATO, any country of the military bloc that spends less than 2% on the maintenance of the army, strongly recommends saving on other items of state budget expenditures and directing funds to the defense industry.


The authorities of Latvia, whose military budget does not reach NATO standards, announce that the citizens of the country literally demand from the leadership that they reduce social expenditures and take the path of increasing the military budget. This statement was made by the chairman of the Latvian Seimas Inara Murniece, meeting with representatives of the US Congress. 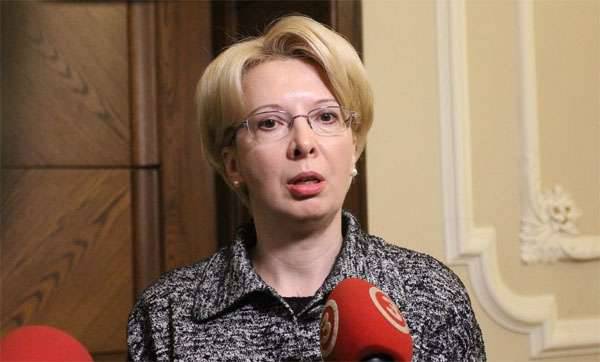 Ms. Murniece quotes portal Delphi:
For Latvia and the entire Baltic region, it is important that the upcoming Warsaw Summit decide on a long-term enhanced presence of NATO forces in the region. Latvia is aware of the challenges to security and is ready to increase the defense budget to 2018% of GDP by 2, and this step is supported by the society.

On what basis Mrs. Murniece concluded that the Latvian society supports the increase in military spending, - the Speaker of the Seimas did not explain.

Today, Inara Murniece from the United States is going to meet with Canadian parliamentarians, where, apparently, he will also tell that the Latvians are one and all in favor of an increase in spending on feeding anti-Russian cockroaches in their heads ...