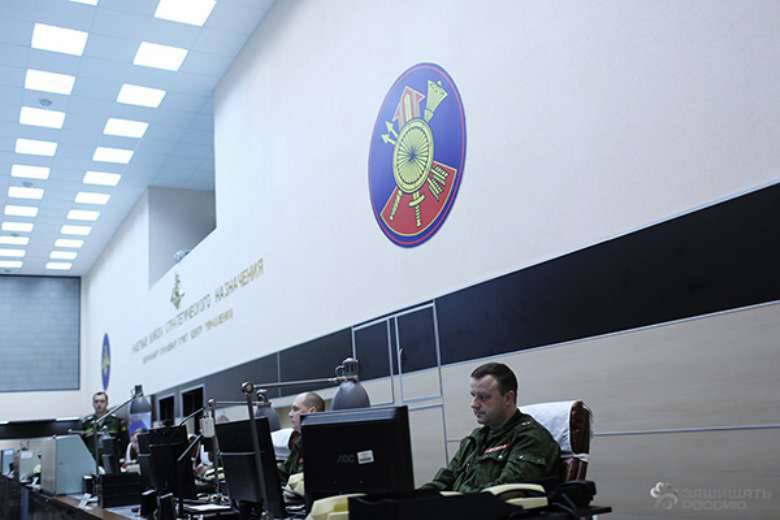 “The main objective of the work of the integrated command group of the Strategic Missile Forces is to evaluate the effectiveness of the leadership of the Central Command on the organization of combat duty and control of its performance at command posts and control points of formations and individual parts of the Strategic Missile Forces. It will also assess the staffing of units with personnel, weapons, military and special equipment, property and supplies of material and technical means, ”the department said.

It is reported that "during the work of the integrated group of the command of the Strategic Missile Forces, the report of the head of the PCU will be heard, tests for special and professional and job training will be taken, and the condition of the facilities at the command post will be checked."

Particular attention during the inspection will be given to "working out a special complex task with the performance of a combat mission conditionally."

Help Ministry of Defense: “Officers on duty shifts of TsKP and troops are in constant readiness to perform tasks and, they are in combat duty with four identical duty shifts. The duty shift is the governing body of the many thousands of personnel on duty of the Strategic Missile Forces. In total, around 6 thousand people are on duty at the RVSN duty forces every day, including more than 500 combat crews. In such a composition, the duty forces are able to independently (without involvement of the main composition of the troops) continuously monitor the status of missile and special weapons, maintain it in readiness for use with guaranteed nuclear safety and upon receipt of an order to perform a combat mission. ”

Ctrl Enter
Noticed oshЫbku Highlight text and press. Ctrl + Enter
We are
The action “Military service under the contract is your choice!” In Rostov-on-Don: future contract servicemen, exhibitions and “Russian Knights”Completed a surprise check of the troops of the Central Military District
Military Reviewin Yandex News
Military Reviewin Google News
8 comments
Information
Dear reader, to leave comments on the publication, you must sign in.