Russia's space activities in the past 20 years have been limited to fulfilling international obligations to deliver astronauts to the ISS and promises to repeat a manned moon flight half a century after the Americans, Svetlana Savitskaya, the Deputy Chairman of the Parliamentary Committee on Defense, is disappointed. She shared with the “Military Industrial Courier” memories and assessments of the current state of the industry.

- I was 12 years old. The fact that the first manned flight into space was successful and the Soviet pilot Yuri Gagarin returned to Earth safely, the class teacher told us. Of course, the feeling of joy and pride overwhelmed. It seemed that a new era was beginning. And it was a national sensation. The whole of Moscow participated in the spontaneous festivities. People carried homemade posters and banners. Everywhere music and songs were heard. Helicopters circled in the sky, scattered leaflets with a portrait of Gagarin in a flying helmet.

- How do you explain the special attention to the development of astronautics in those years in our country and the USA? The industry took a lot of money from the national economy. Were such expenses justified?

- If you look historythen interest in space exploration appeared at the end of the XIX century. We had the works of Konstantin Tsiolkovsky. He developed a scheme of flights using rockets and jet engines, calculated the basic formulas used in astronautics today. Parallel work in this direction was carried out in Germany, later in the United States.

The implementation of these ideas in the USSR began in 30-ies of the last century in Leningrad, in the gas-dynamic laboratory of Valentina Glushko and in Moscow, in the Group for the Study of Jet Propulsion under the leadership of Sergei Korolev. Then they merged. Talented scientists, designers and engineers gathered around them.

During the Great Patriotic War and after its end, the interests of creating military rockets and military jets took the first place. But the peaceful exploration of space in Soviet developments has always been present. In 1959, the interplanetary program was approved in the USSR. Three main goals were set: to carry out the first manned space missions, to build rockets and manned spacecraft to conquer interplanetary space, to create habitable stations on the planets. The ultimate goal was identified expeditions to Mars and Venus.

The launch of the Vostok spacecraft with Yuri Gagarin into orbit, and 6 in August of the same year with German Titov (he was in 25 space for hours and made 17 revolutions around the Earth) convincingly showed the world the superiority of Soviet science and technology. The United States realized that they were inferior to their geopolitical adversary, and began to actively stimulate the development of rocket technology. Began the rivalry of two superpowers in space.

- How was the international cooperation in the exploration of outer space? What was more - interaction or competition?

- The policy of the Cold War period, the tough confrontation of the two world systems prevented the pooling of efforts. Although such attempts on both sides in different years were made. 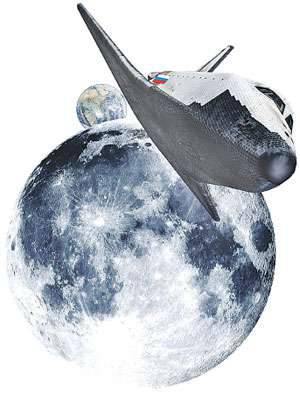 The beginning of the “space race” is the launch of our first satellite. Opinions differ on her graduation. Some believe that this is due to the Soviet-American program "Union" - "Apollo" in 1975 year. Then they talked a lot about detente in international relations, and this project was one of its manifestations. As is known, our Soyuz-19 and the American Apollo conducted an orbital docking, which enabled the astronauts of both countries to visit each other’s ships in flight and conduct joint experiments. However, the development of this project is not received and by the beginning of 80-x was minimized.

To a certain extent, the continuation of the “race” can be considered the creation of reusable space systems in our countries. In the US, the Space Shuttle, which has been put into regular operation since 1981. In the USSR - a very promising system "Energy" - "Buran". It passed unmanned tests, but in 1988, the program was frozen.

At present, in connection with the appearance of space programs by a number of countries, it can be said that new players have entered the competition for the exploration of near-Earth space. These are European states, China, Japan, India. At the same time, a cooperation program is being carried out: the International Space Station - the ISS has been created and has been operating for many years. Representatives of various countries take part in its work. The delivery of people and cargo there is carried out by Russian ships. But in my opinion, rivalry in space exploration has always been and will be, competition is the engine of scientific and technological progress, although it is determined in many respects by political motives.

- What is happening in the domestic astronautics after the collapse of the Soviet Union? How much does the state of our economy affect it? 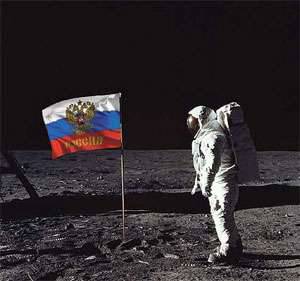 - After the collapse of the USSR, the Yeltsin-Gaidar government closed most of the space projects, including Energia - Buran. Now our unique reusable spacecraft decorates the VDNH as a dumb reproach to those who destroyed the Soviet space program. Only from the beginning of this century the situation began to change gradually. The Federal Space Program was adopted at 2006 – 2015 years. Unfortunately, due to financial difficulties, a number of projects had to be abandoned or postponed to a later date. As Dmitry Rogozin explained: “Now we cannot afford to undermine the budget for the sake of cosmic ambitions — we have a little money and we are in a hostile environment. However, the USSR had no more money in 1945, and the former "allies" sagged atomic weapons. But after 12 years after the war, the first satellite was launched, and through 16 Gagarin and Titov flew into space. We have virtually nothing in the last 20 years, except for fulfilling international obligations to deliver astronauts to the ISS and promises to repeat half a century after the Americans, a manned mission to the moon.

Now after several transfers, the Federal Space Program of Russia for 2016 – 2025 (FKP-25) has been finalized and adopted. At the government meeting, the main priorities for the development of the industry for a ten-year period were announced. The delay in approval of the document is explained by the fact that the funds for the implementation of the planned projects are reduced. Separate events from the program have been removed or postponed. But in general, the government, according to its conclusion, managed to keep the main directions and adopt the document with some corrections. The volume of budget financing of FKP-25 is 1 trillion 406 billion rubles. At the same time, additional financing is provided after 2022 in the amount of 115 billion rubles. This is less than originally planned, which is natural, given the economic conditions, changes in the exchange rate and inflation in the country. 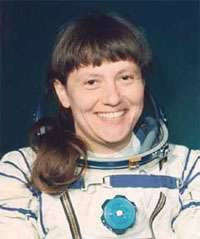 - Probably, like everyone, the plight of the overwhelming majority of the population, the degradation of leading industries, the de-industrialization of the country, and the lack of confidence in the future.

As a positive fact, I note that our manned cosmonautics is derived from the subordination of various departments, including the Ministry of Defense. Today it is engaged in Roscosmos. This is a civil structure. It also included the Cosmonaut Training Center. This allowed to eliminate interdepartmental disunity, and sometimes the struggle, which only interfered with the cause. True, some attempts are being made to return the center to the structure of the Ministry of Defense. But according to the majority of veterans and even young people preparing for flights, this will be a movement in reverse, a return to what we have safely left.

Svetlana Savitskaya - deputy of the State Duma of the II – VI convocations. Born in the family of a famous Soviet pilot, Marshal aviation E.K. Savitsky. She graduated from the Moscow Aviation Institute, the Central Flight Technical School of DOSAAF, and the school of test pilots of Minaviaprom. In 1969-1977 she was a member of the USSR aerobatics team, the absolute world champion in 1970. Since 1976, she worked as a test pilot, mastered more than 20 types of aircraft. In August 1980, he was included in the cosmonaut corps. Twice - in 1982 and 1984 she participated in flights of the Salyut-7 orbital station. The only woman in the country twice Hero of the Soviet Union. In 1986, she defended a thesis of a candidate of technical sciences. The military rank is colonel.