The submarine "Eagle" will be launched in May

April 12 2016
33
The nuclear submarine of the Orel SF, which suffered last year from a fire in the Zvezdochka shipbuilding center in Severodvinsk, will be launched in May, reports MIC With reference to the representative of the enterprise Evgenia Gladyshev 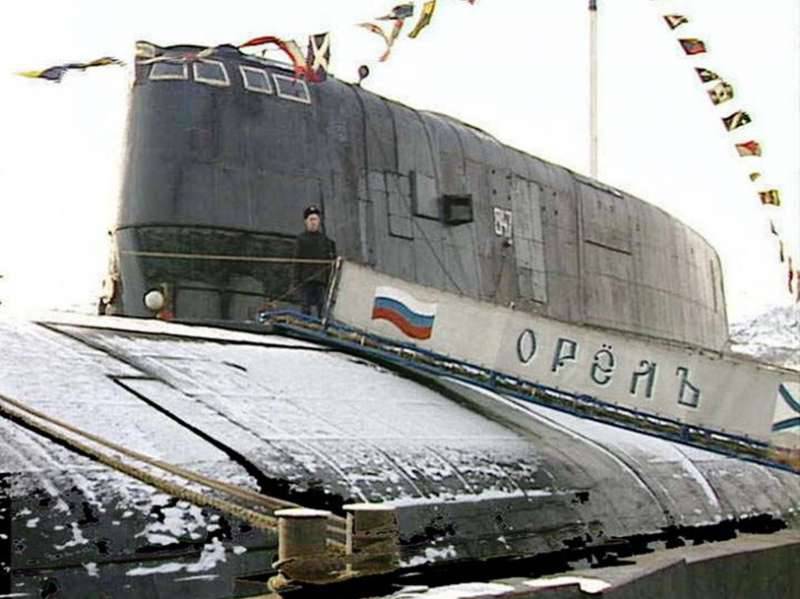 “The Eagle will be launched in the first decade of May, previously it was supposed to be done in April. A small delay will not affect the timing of the transfer of the submarine of the Russian Navy. The ship will be handed over, as stipulated in the contract, at the end of 2016, and on December 31 will leave the shipyard for the base, ”
said Gladyshev.

The fire on the submarine occurred in April 2015 g in the course of the hot work due to non-compliance with safety regulations. In the inter-airspace, rubber insulation coatings have ignited. Nobody was hurt by the fire.

Help "MIC": "NPS North fleet K-266 "Orel" project 949A "Antei" was built at the Severodvinsk shipyard "Sevmash" and became part of the fleet on February 5, 1993. Delivered to the Zvyozdochka dock to restore technical readiness in April 2014. After the factory repair, the service life of the nuclear-powered ship will be extended by 3,5 years. ”

Ctrl Enter
Noticed oshЫbku Highlight text and press. Ctrl + Enter
We are
The fire on the submarine "Eagle" and the lack of information
Military Reviewin Yandex News
Military Reviewin Google News
33 comments
Information
Dear reader, to leave comments on the publication, you must sign in.