DPR today: more than 300 shellings by Ukrainian "humanists" per day

April 12 2016
22
Representatives of the DPR Ministry of Defense report on the next stage of the transfer of heavy weapons by Kiev to the line of contact. This is about tanks and BMP. In addition, in the area of ​​the village of Berezovoe, the location of positions of Ukrainian mortarmen, who began to fire on the western outskirts of Donetsk, was noted. 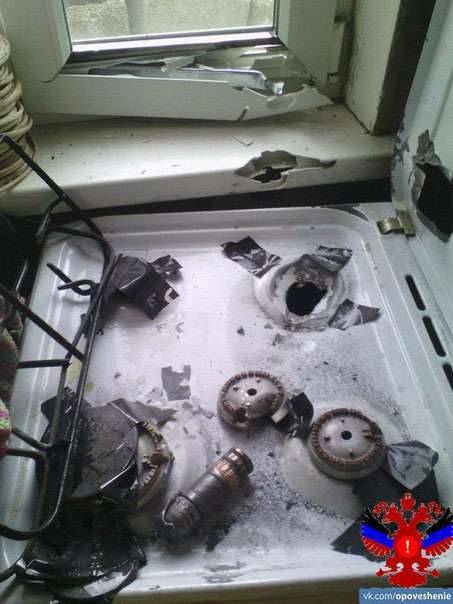 From the statement of the Deputy Commander of the DPR Ministry of Defense Corps Eduard Basurin:
The use of weapons prohibited by the Minsk Agreements is done with the tacit consent of the OSCE mission, which simply states the facts of cease-fire violation. Today's shelling of the village Yasinovataya with 122-millimeter shells confirms the intentions of the Ukrainian leadership in carrying out the genocide.

DPR intelligence reports that Azov militants arrived in the settlement of Stepanovka, which began to conduct a “sweep” of DPR supporters among the local population. This is a traditional practice for the nationalist armed formations of Ukraine, whose militants seize people in the territory under their control, and then these people either end up in the basements of the Azov itself or in the dungeons of the SBU.

Donetsk News Agency with reference to Eduard Basurin reports that the militants of "Azov" occupy the houses of local residents "for the needs of the personnel of the battalions." It is reported that the additional forces of "Azov" will arrive in Telmanovsky district in the next two to three weeks.

Ctrl Enter
Noticed oshЫbku Highlight text and press. Ctrl + Enter
We are
Weekly summary (30 January-5 February) on the military and social situation in the DPR from the military officer "Mag"Reports from the militia of New Russia for 13-14 September 2014 of the year
Military Reviewin Yandex News
Military Reviewin Google News
22 comments
Information
Dear reader, to leave comments on the publication, you must sign in.