April 13 2016
225
The Ministry of Economic Development recently agreed to move shipbuilding enterprises, chemical plants and metallurgy plants and something else from China to the Russian Far East. The export capacity initiative belonged to Beijing. Experts believe that as a result of such an agreement, Russia may get dirty technologies, waste disposal and a poor environmental situation. 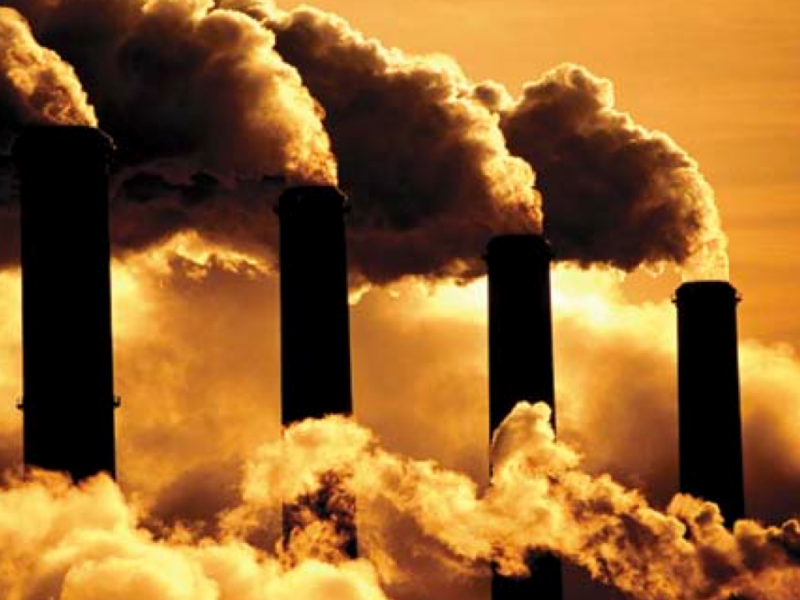 Beijing has taken the initiative to export its production facilities to Russia in twelve sectors of the economy: the construction industry, metallurgy, energy, engineering, shipbuilding, the chemical industry, the textile industry, the cement industry, telecommunications, and agriculture.

It is noted that we are talking about the possible transfer of Chinese enterprises to the territory of the Far East, taking into account compliance with environmental requirements established in Russia.

The representative of the Ministry of Development and Development Rustam Makarov confirmed Russia's readiness to cooperate. He also stressed that enterprises created within the framework of the territories of advanced development and the Free Port of Vladivostok receive substantial tax privileges and administrative preferences.

"We are ready to accept Chinese enterprises and create joint export-oriented production in the Far Eastern territory", - quotes his department.

Let us ask ourselves the question: for what purpose did the Chinese decide to transfer production to the Russian Far East? Answer is easy.

Three years ago, China began to think about changing priorities of economic policy. It was a question of a partial rejection of the status of a “world factory” and the upcoming withdrawal abroad of a number of industries — the chemical industry, the steel industry, the cement industry, and many more. etc. According to analysts, these "excess" production can be taken to Africa, that is, to the countries of the "third world". Mentioned and Central Asia (now the Middle Kingdom is actively developing it).

The Chinese have planned to keep the production that can be considered high-tech and in which there is a high proportion of value added. Beijing’s party decision to change priorities was probably due to rising labor costs in the PRC, which year by year reduced the competitiveness of far from the best-quality products of the “global factory”. In addition, the Chinese with their productions so dirtied their own nature that the decision on the withdrawal of hazardous industries, of course, is associated with attempts to correct the environmental situation. Nobody would think of, for example, the Chinese chemical industry, environmentally friendly.

The Russian Far East is much closer than Africa. And in the context of Western sanctions and low oil prices, production and investment from a “partner” could be at least some incentive for local development.

On the other hand, the transformation of the Russian sparsely populated region into a “third world” region with outdated production facilities and a dirty ecology is not a pleasant prospect.

However, while we are talking only about the readiness of Russia to cooperate.

“In fact, I’ll remind you that we have had two such precedents over the past year: the first precedent is with the lands in the Trans-Baikal Territory, when there was a very negative reaction of the Russian public,” said in an interview "Vesti FM" Alexey Maslov, Head of the HSE School of Oriental Studies. - I remind you that there was a discussion about the possibility of renting areas of almost 150 thousand hectares of land in the Trans-Baikal Territory under Chinese farmland, and there was a negative reaction from the Russian side. Now, basically, the reaction is also negative. It seems to us that China is conducting such transfer negotiations. In fact, now China is very attentively watching the reaction of public opinion, not only ordinary citizens, but above all politicians, people who are somehow connected with China in big business in order to understand how Russia reacts to such things in general. For now, I will remind, we have no agreement, there are no economic calculations, and in general, just talking about how useful or not useful it is for the environment, not seeing numbers, not seeing any specific calculations, is absolutely my mind, empty talk. And now China gains more from them, because it looks at what Russia thinks about when it speaks about the transfer of Chinese factories to Russia. ”

State Duma deputy from the LDPR, chairman of the State Duma Health Committee Sergei Furgal believes that the transfer of Chinese factories to the Far East is beneficial only to China. His opinion leads IA "AmurMedia".

“If it is simpler to say, the officials of the Ministry for the Development of the Far East have agreed that Chinese business will transfer its outdated plants and enterprises in the construction industry, metallurgy, energy, engineering and shipbuilding, chemical, textile and cement industry, telecommunications and agriculture to the Far East.”

According to the expert, almost all the listed enterprises are extremely environmentally harmful and even dangerous. In China, a “terrifying ecological situation”, “solid smog”, “all water has been poisoned” has already developed, and “the same thing should not be allowed to happen in the Far East”.

“As for statements on compliance with environmental legislation, it’s enough to ask the opinions of the residents of Vanino of the Khabarovsk Territory, who will tell you in detail how we observe this legislation.”

Separately, the expert highlighted the issue of so-called agriculture in China. Chinese agriculture, he noted, has long been "associated with pesticides and environmental pollution." The territory used by the Chinese turns into “a desert where birds do not sing, but insects are not found”.

In addition, in the Far East there are not so many specialists to work in enterprises. So, anyway, Chinese citizens will work there.

Finally, “all taxes will go to China.”

April 12 in the central press of the Russian Federation appeared some explanations about the possible Chinese expansion into Russian territories. In addition, it turned out that the Chinese, "driving out" production from their homeland, are interested not only in the Russian Far East.

The transfer of Chinese industries to the Far East is possible under the condition of full compliance with Russian laws, including environmental ones. In these industries, 80% of workers must be Russians. In addition, priority should be given to suppliers and contractors from the Russian Federation. About it TASS told in the Ministry of Development.

“Within the framework of cooperation in the export of production capacities from China, the creation of joint export-oriented industries is being worked out first of all. The initiative of the PRC to export the production capacity of the economy concerns the construction industry, energy, engineering, shipbuilding, the chemical industry, the textile industry, the cement industry, telecommunications, and agriculture, ”reports the Ministry of Oriental Development report.

The ministry also clarified that cooperation with China does not imply priority for this country. Russia works with Japan, and with South Korea, and with Australia, and with India. In turn, the Chinese side does not consider the Russian Far East as the only territory for localization of capacities.

Last, we add, sounds particularly interesting. This is, in fact, a kind of test Chinese statement about the coming competition for exported production in different regions of the globe - regions, of course, backward, because developed countries do not need Chinese production. Like, you will not accept, Russian - the plants will go to Central Asia or Africa.

That is why our ministerial guardians about the fate of the Far East are in a hurry to declare readiness for cooperation, substantial tax benefits, administrative preferences and so on. God forbid, the Chinese chemical industry or the steel industry will go to the Africans.