Lessons from the Opium Wars for China and Russia

April 16 2016
29
During the three centuries of the world drug trade, gold has always played a prominent role as a means of calculation in the drug market. Moreover, at a time when the world drug trade was only evolving, the main purpose of the potions merchants was to get the "yellow metal". The active imposition of drugs on China by the British East India Company and other British merchants was dictated by their desire to acquire the untold gold reserves that China had been accumulating for centuries. 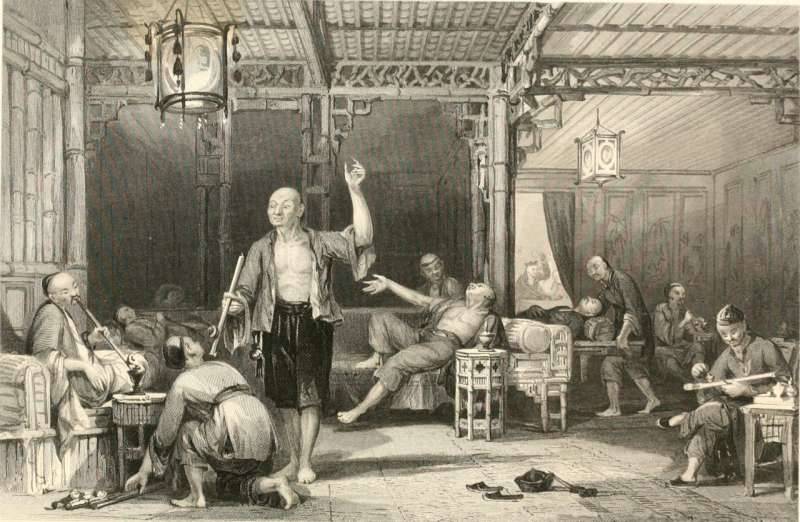 The accumulation took place due to the fact that Chinese merchants brought silk, porcelain, spices, and other Eastern exoticism to Europe, receiving silver and gold money for this. At the same time, imports of goods by China remained much smaller. The active trade balance contributed to the increase in stocks of precious metals in China. Two "opium wars" unleashed by England (with the participation of France in the second war) were called upon to return the once-lost gold. Having planted many millions of Chinese "on the needle", the UK provided such a supply of precious metal, which allowed to introduce the gold standard - first in the UK itself, and then impose it on the whole of Europe. In the nineteenth century, the Rothschilds (first of all, the N.M. Rothschild Bank in London) were behind all these narco-gold projects. It is noteworthy that even today serious researchers are inclined to assert that the current Rothschild clan primarily specializes in such goods as gold and drugs. 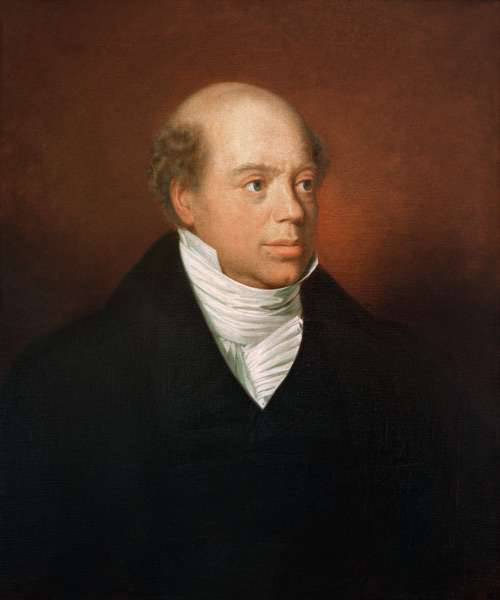 Hong Kong is one of the markets where it is customary to pay for the supply of drugs. Dollar bills there do not trust. It is now one of the world's largest opium and gold markets. This is what John Coleman writes in his book. Moreover, he believes that the price of gold in this market is derived from the prices of opium.

“I did extensive research,” says J. Coleman, “in order to establish a link between gold prices and opium prices. I used to say to those who wanted to listen to me: "If you want to know the price of gold, find out what the price of one pound or kilogram of opium is in Hong Kong."
In his book, J. Coleman reports that socialist China, which carries out these operations through Hong Kong, has a large income from the opium trade. The resulting gold from this trade accumulates in stocks that are not reflected by official statistics. According to J. Coleman and some other researchers, China, thanks to drug operations, is now one of the first in terms of the reserves of the "yellow metal". J. Coleman gives the following case as an example:

“Look at what happened in 1977, the critical year for gold prices. The Bank of China shocked forecasters by suddenly and without warning throwing tons of gold into the 80 market at dumping prices. As a result, the price of gold has plummeted. Experts wondered where so much gold came from in China. It was gold paid to China in the Hong Kong gold market for large quantities of opium. ”

Now, in some drug markets, gold is used not just as a means of exchange (settlement), but also as a measure of value - to reduce the risks of fluctuations in the purchasing power of official money. In particular, in Afghanistan. Andrey Devyatov writes:

"The payments for the supply of opium are not carried out in the“ zeros ”of paper money, but in the accounting units of precious metals (for the USA - in ounces, for China - in laans), and the payment is accepted not only by products and consumer goods, but also weapons»[A.P. Nine. On the scale of the world war on drugs // Journal "Samizdat" (Internet)].

In some moments stories in individual countries, what was not described in any textbook on money happened: the place of gold as a universal equivalent was replaced by drugs. As such, the drugs received the name "white gold", "narcotic gold" or "cocaine gold". Some researchers have noticed that “white gold” especially confidently took the place of “yellow” at those moments when the official gold standard collapsed, and paper money depreciated. It first happened after World War I and the collapse of the temporarily restored gold standard in 1930, the second time after the collapse of the gold standard in 1971 (Washington’s refusal to exchange dollars for precious metal).

The Celestial Empire is currently actively consolidating enterprises for the extraction of so-called rare-earth metals (REM), state control over the industry is increasing, large investments are being made to create "production chains" for the deep processing of metals. Finally, funds from the state foreign exchange reserves are generously allocated for the purchase of foreign RKZ deposits. By the way, according to some foreign analysts, China is already in the 2015 year able to become a net importer of rare-earth metals. China clearly does not want to play the role of a raw materials appendage of the western "civilization". All this threatens to escalate the usual “trade dispute” into a trade war. The tough stance of China can be understood: the story of metals has gone beyond the banal fights about the level of duties or government subsidies and is a poorly camouflaged attempt by the West to bring under its control mineral deposits in the Middle Kingdom. Arrogance, reminiscent of the requirements of London to Beijing on the eve of the "opium wars." 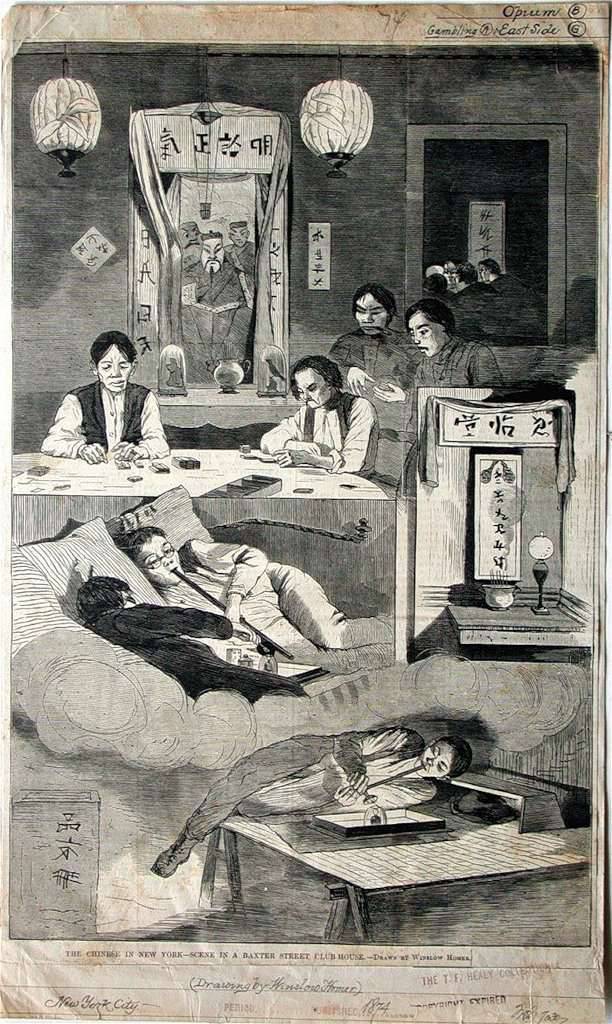 Let me remind you that the “opium wars” were carried out in order to achieve the “opening” of China’s domestic market for the supply of opium from Bengal by British merchants and siphoning silver, gold, tea, cotton, porcelain and silk from the country (of course, the main and final beneficiary of this trade remained the British crown). The first war (1840 – 1842) ended with the Nanking Treaty. The contract provided for the payment by the Qing Empire of contributions in the amount of 15 million silver lian (approximately 21 million dollars at the then exchange rate — huge money), the transfer of Hong Kong to the UK and the opening of Chinese ports for English trade. The English Crown received a giant source of income through the sale of opium. The first “opium war” marked the beginning of a long period of weakening of the state and civil unrest in the Qing Empire, which led to the enslavement of the country by the European powers and the forced drug addiction of the population. So, in 1842, the population of the empire was 416 million people, of which 2 million drug addicts, in 1881 year - 369 million people, of which 120 million - drug addicts. 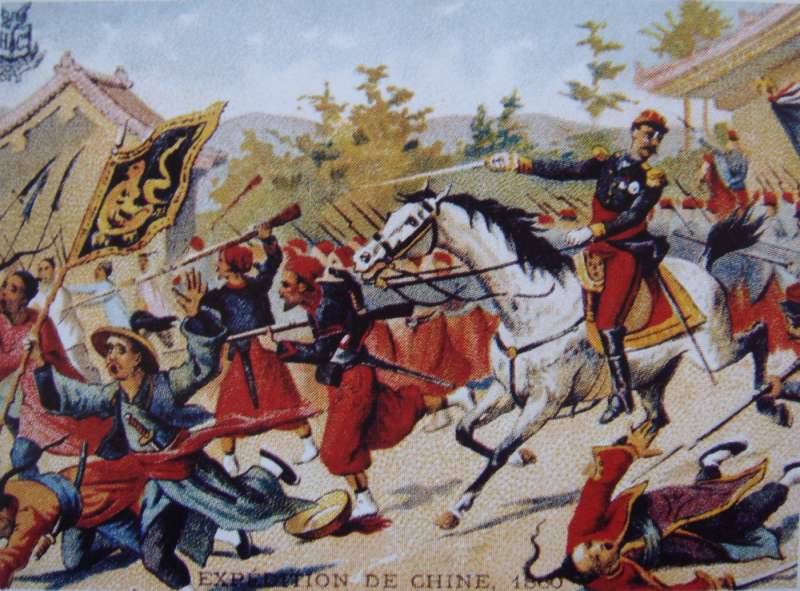 Many Chinese are well aware of the events and consequences of the "opium wars"; their behavior in the 21st century is to a certain extent related to this memory. On the one hand, this memory gives rise to their fear and desire not to irritate the “barbarians” (as the Chinese called the English conquerors in the 19th century). On the other hand, the same memory forces them to exert all their strength in order to become a strong country capable of repelling military encroachments on the part of the “barbarians”. The Chinese understand well: trade disputes can escalate into trade wars, and trade wars - into real “hot” wars.

But back to modern China and the imminent trade war. It is able to enter the annals of world history as a "metallic war" (by analogy with the "opium wars"). This information is undoubtedly important for understanding why we were so persistently pulled into the WTO. And to understand how the WTO, fulfilling the requirements of its main "shareholders" (Western countries), will act in relation to Russia, including using the tools inherent in this organization.

Already, Russia is the world's largest supplier of natural gas and oil to the world market. It ranks first in terms of reserves of natural gas, many non-ferrous metals, platinum, apatites and other raw materials. Russia and so prohibitively exports a lot of natural resources. For example, 50% of “black gold” production, 25% of natural gas, up to 100% (in some years) of gold and some metals from the platinum group, etc. go to the foreign market. Internal needs are met on a “residual basis”. There is a pronounced priority of the needs of TNCs over the needs of the national economy. 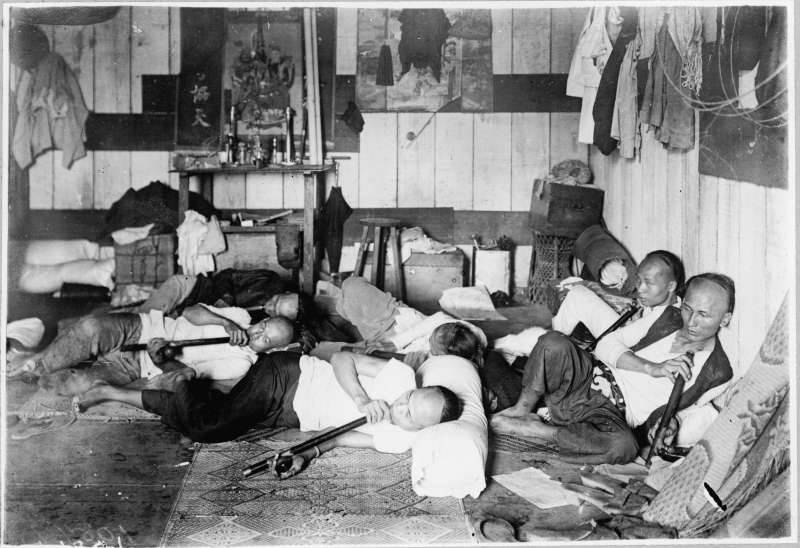 If the authorities of the country suddenly wish to develop oil refining in the form of petroleum products, they will have to reduce the supply of crude oil to the world market. This is what the West fears. He will do everything possible to ensure that Russia continues to remain a raw material appendage of the “golden billion”. For this, the WTO was required with its “rules”. Any member of the WTO at any time can be accused of the following "crimes":

a) limiting the export of resources;

b) attempts to increase the prices of resources on the world market through the reduction of their supplies;

From Russia (as well as from another power) they can recover compensation for damage caused to transnational corporations and demand the restoration of “free access” to resources.

How can you not remember the punitive actions of England against China during the "opium wars". At the beginning of the XXI century a similar story may occur. True, instead of China there will be Russia, instead of England - the USA. And the war will be called "oil", "gas" or "gold." Her symptoms can already be seen in international politics.