April 11 2016
40
History humanity keeps many mournful dates and horrific acts, many of which occurred in the twentieth century, which held together two world wars. One of the worst pages of human history has become the history of the fascist concentration camps. It is not for nothing that the concentration camps received the name of the death camps, from 1933 to 1945 a year passed through them 20 million people from 30 countries of the world, of which about 12 million died, with every fifth prisoner being a child. For our country, this is a special date, since about 5 millions of dead were citizens of the USSR.


In memory of the victims and survivors of 11 every year around April, the International Day for the liberation of prisoners of fascist concentration camps is celebrated around the world. This date was chosen and approved by the UN is not accidental. It was established in memory of the international uprising of prisoners of the Buchenwald concentration camp, which took place on 11 on April 1945. The international tribunal in Nuremberg in 1946 recognized that the imprisonment of peaceful citizens of foreign countries, as well as the use of their labor in the interests of Germany, was not only a war crime of the Hitler regime, but also a crime against humanity. Unbearable slave labor, terrible conditions of detention, beatings and harassment by the guards, the failure to provide medical assistance had a most negative effect on the health, longevity and psycho-emotional state of the victims of Nazism.

Concentration camps are places where large masses of people are detained on political, racial, social, religious, or other grounds. In total, over 14 thousands of concentration camps, prisons and ghettos operated in Germany and the countries occupied by it. Practical and disciplined Germans used these qualities for the most terrifying purposes, creating death conveyors that worked like clocks. As recognized by the SS men, every prisoner whose life expectancy at concentration camps was less than a year brought the X-NUMX reich marks of net profit to the Nazi regime. For Nazi Germany, concentration camps were not only a method of intimidation, a measure of dominance, material for various studies and suppliers of free labor, but also an item of income. In the processing and production purposes were the most terrible components: hair, leather, clothing, jewels of slain prisoners, up to gold crowns with teeth. 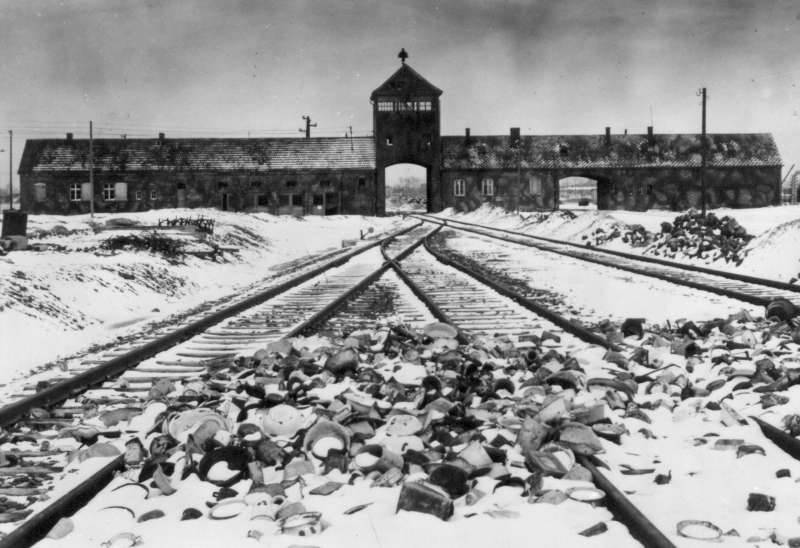 The first concentration camp was established in Germany in March 1933, in Dachau. By the beginning of the Second World War, there were already approximately 300 thousands of German, Austrian and Czech anti-fascists in concentration camps and prisons in Germany. In subsequent years, Hitler's Germany created in the occupied European countries a giant network of concentration camps, which were turned into places for the organized systematic killing of millions of people.

One of the largest Nazi concentration camps was Buchenwald, which began its work on 19 on July 1937, near the German city of Weimar. By 1945, this camp already had 66 branches and external work teams. The largest of these were “Dora” (near the city of Nordhausen, Germany), “Laura” (near the city of Saalfeld, Germany) and “Ordruf” (in Thuringia, Germany). Over the years, the camp from 1937 to 1945 passed through it approximately 239 thousands of prisoners. Initially, these were German political prisoners, but later during the Second World War there were representatives of very different nationalities. In the Buchenwald camp, prisoners were subjected to various criminal medical experiments, the prisoners were exploited by the owners of many large industrial enterprises. A total of more than 56 thousands of 18 nationalities, including 19 thousands of Soviet prisoners of war, were destroyed in Buchenwald. 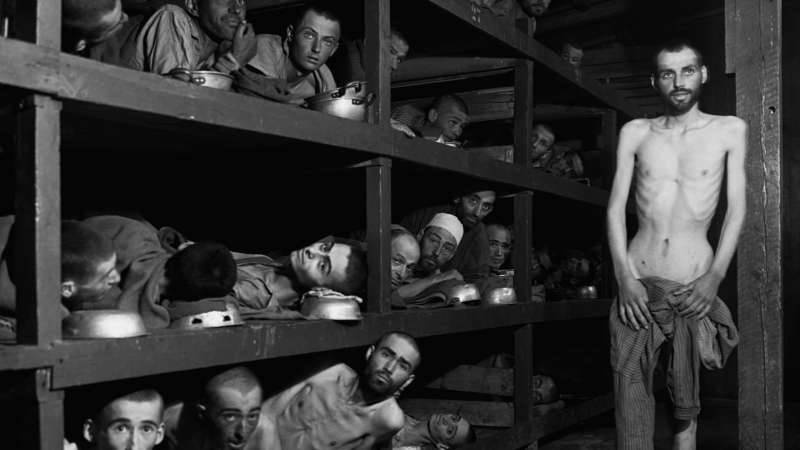 Especially many prisoners died in a branch of the camp called "Dora", here in the underground rooms and workshops produced shells "Fau". The camp was located near the town of Nordhausen. According to the plans of the Nazis, not one of his prisoners, who was engaged in the construction of a secret underground factory, and then worked in his workshops, should not have come to the surface alive. All of them were considered carriers of state secrets and were included in special lists of the main department of the SS imperial security. When the company earned ground, two conveyors operated on it at once: shells landed from one, and several trucks took the bodies of prisoners off the other every day, which were then burned at the Buchenwald crematorium.

11 April 1945 prisoners of Buchenwald, who learned about the approach to the camp of the Allied forces, organized a successful uprising, disarming and capturing about 200 camp guards and taking over the concentration camp in their hands. April 13 American troops entered the camp, it was the first Nazi concentration camp, liberated by the Americans. 16 April 1945 of the year on the orders of the American camp commandant brought 1000 residents to Weimar to see for themselves the atrocities of the Nazis. The prisoners of Buchenwald who carried out a successful uprising saved themselves from destruction, since the day before the Hitlerite authorities had already ordered the physical extermination of all remaining prisoners in the camp.

On January 27, 1945, the Red Army liberated the first and largest of the Nazi concentration camps Auschwitz (Auschwitz-Birkenau), which was located 70 kilometers from the Polish city of Krakow. About 1941 1945 1 people (estimates vary from 300 to 000 million people), of whom 1,1 1,6 1 were Jews, were killed in this place of evil and inhumanity from 000 to 000. In the camp, already in 1947, a museum complex was opened, which today is included in the UNESCO World Heritage List. It was in the Auschwitz concentration camp in 1943 that the prisoner's arm number was introduced. For small children and babies, individual numbers are pricked at the hip. According to the information of the State Museum of Auschwitz, this concentration camp was the only Hitlerite camp in which the prisoners were tattooed with personal numbers. 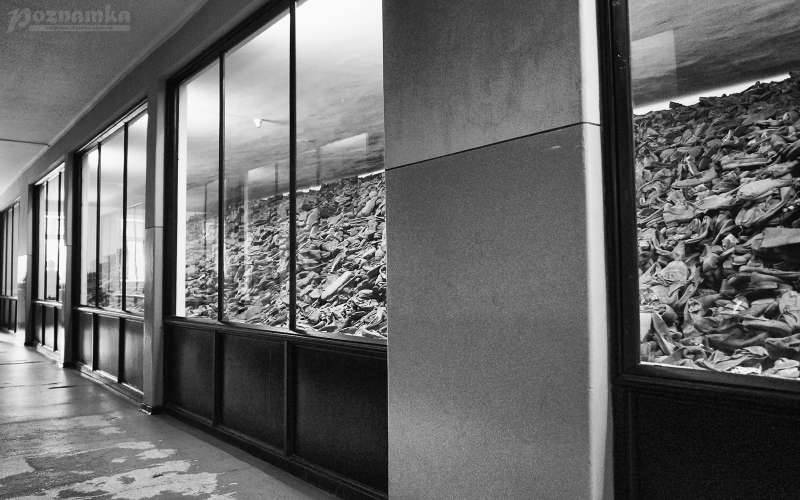 One of the worst pages in the history of Auschwitz became medical experiments that were conducted by SS doctors, including on children. For example, Professor Karl Klauberg with the aim of developing a rapid method of biological destruction of the Slavs conducted experiments on sterilization on Jews in the housing number XXUMX. And Dr. Josef Mengele in the framework of anthropological and genetic experiments carried out experiments on children with physical disabilities and twin children. In addition, in Auschwitz various experiments were carried out with the use of new drugs and drugs on prisoners, various toxic substances were rubbed into the prisoners' epithelium, skin grafts and other experiments were carried out.

Soldiers of the Red Army liberated Auschwitz and found in German warehouses about 7 thousand kilograms of prisoners' hair that were packed in bags were unburned. These were the remnants that the camp authorities did not have time to sell or send to the factories. The analysis, which was later carried out at the Institute of Forensic Examination, showed that there were traces of hydrocyanic acid on the hair - a toxic component that was included in the composition of the Cyclone B gas. German firms made tailoring sorter from human hair of prisoners of concentration camps.

Alexander Urban, deputy chairman of the Russian Union of Former Minor Fascist Prisoners, noted that every fifth of the 6 millions of Soviet citizens who had passed through the fascist concentration camps was then still a child. At present, the minor prisoners of fascism are already elderly people, the youngest of whom have passed for 70 years, with each passing year they are getting smaller. According to experts, at 2013 a year in the territory of Russia there were about 200 thousands of representatives of this category of citizens, almost 80 thousands of them were disabled. 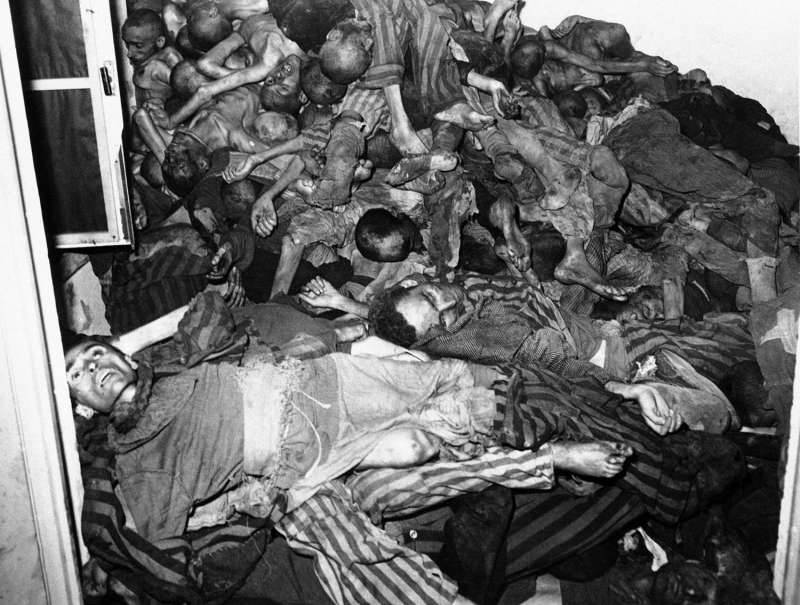 The International Day for the Liberation of Prisoners of Fascist Concentration Camps is celebrated around the world with commemorative events, commemoration of dead citizens and worship of their memory, laying flowers at mass graves and the graves of victims of fascism. Many years have passed since the end of the Second World War, it seems that it was already a very long time ago. But not for prisoners who personally passed through the horrors of fascist torture chambers. The biography of these people - these are the real lessons of courage for the younger generation. Save the memory of them the sacred duty of each. Just keeping the memory of those terrible events and paying tribute to the people who died and survived in that hell, one can hope that this will never happen again in human history.