April 10 2016
56
The patrol of the OSCE monitoring mission was attacked in the ATO zone in the territory controlled by the Armed Forces of Ukraine, there were no casualties, RIA News. 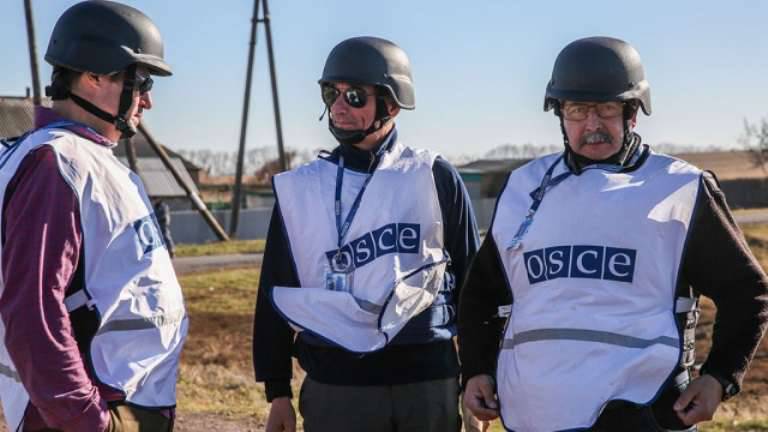 According to the observers' daily report, “two armored vehicles with five mission personnel were located in the settlement of Zhovanka (territory controlled by Kiev)”.

“Around 12.52 Kiev time, mission personnel heard an explosion in 100-200 meters southeast of the patrol position. Shortly afterwards, gunfire rang out. weapons from about the same direction. Observers heard the whistle of at least 3-4 bullets flying over them. Mission officers took refuge behind the cars and then left the place where the incident occurred. ”
the report says.

“None of the employees of the SMM was injured, the cars were not damaged,” the document says.

Ctrl Enter
Noticed oshЫbku Highlight text and press. Ctrl + Enter
We are
Weekly summary (30 January-5 February) on the military and social situation in the DPR from the military officer "Mag"Reports from the militia of New Russia for 13-14 September 2014 of the year
Military Reviewin Yandex News
Military Reviewin Google News
56 comments
Information
Dear reader, to leave comments on the publication, you must sign in.