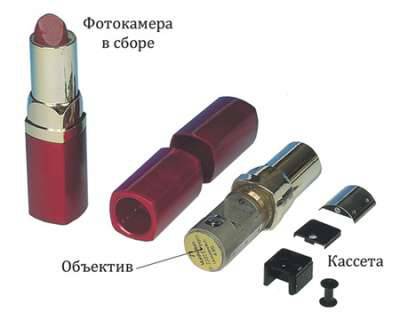 The cold war of the twentieth century gave historians and specialists a wealth of factual material about the confrontation between two ideologies, political, economic and informational battles and secret backstage battles. The latter can be safely attributed to the operations of special services, among which the most active, no doubt, are the Soviet KGB, the German STAZI, the American CIA and the British intelligence MI-6.

The youngest intelligence service was the German STAZI, it was she who, through her relatively short biography, managed to gain a reputation as a dynamically developing secret organization with an extensive broad network of agents. Historians of the intelligence services call intelligence or General Administration A the most effective in the STAZI system, created and led by General Markus Wolf for many years - a talented organizer, intellectual, author, inspirer and curator of multi-way operational combinations and events that, like a rake in a protected garden, are actively "Cleaned" the political secrets and military secrets of the FRG and its allies.

One of the most productive operational activities of General Wolf is considered to be a series of operations codenamed "Romeo", which were successfully implemented in the middle of the 60s of the last century. In accordance with the approved plan, the General Directorate "A" began to search, test and recruit cute young bachelors. All of these officers underwent an intensive training course at the STASI special school, and soon General Wolf had a large enough group of young intelligence officers to carry out particularly delicate tasks. Romeo, as Western historians called them, had to identify and evaluate direct and prospective intelligence capabilities, then actively pursue, seek reciprocity, and then quietly, but purposefully, lead secretaries, referents, personal assistants, and even responsible female employees in government agencies and political parties, special services and military departments of the Federal Republic of Germany and other NATO countries.

Far-sighted Marcus Wolf sent his scouts to the southern resorts of Europe, chosen by unmarried Western Germans who sought the sun and various entertainment, including bedding. Most of the officers of STASI differently talented and skillfully, but equally productively played their roles of Romeo. And when one of the ladies-agents decided to confess to the priest, the scouts of General Wolf in such a difficult situation organized and completely fulfilled the desire of his agent, not allowing leakage of operational information. A real intelligence officer must possess the creativity of an actor, and the STASI officers have repeatedly proved this, often improvising in various operational situations.

As a result of these complicated and long-lasting love relationships, STASI intelligence received stable channels for the receipt of political and military documents of varying degrees of secrecy. According to estimates by the official departments of Germany, STAI worked up to 50 agent agents with various levels of access to secrets, including intelligence and military counterintelligence of the Federal Republic of Germany.

Historians attribute the success of the Romeo events to STASI, but the KGB of the USSR provided special and irreplaceable assistance to the intelligence services of the GDR. The fact is that in the process of obtaining all the valuable information the copying of secret documents was the most time consuming and especially risky. In most cases, this had to be done in the workplace, for which the STAAS Operational and Technical Service first used one of the first Soviet special cameras “Arnica”, rightly called General Wolf the best 1960 agent equipment. On the basis of "Arnica" talented designers of the GDR have made their camera with camouflage "Ladies' handkerchief." The set completely fit into a set of personal items that ladies-agents could use on their office desk, working with especially important and secret documents.

However, the reliability of such camouflage was justly criticized, and therefore the STASI and the KGB began a joint search for the most suitable camouflage cover for the secret, in the KGB jargon, photocopying documents. In 2002, Detlev Wreisleben, the famous German historian of the special machinery used by STASI, in Photo Deal magazine No. 3 spoke in detail about the Soviet Lipstick microflow camera, which was used to capture especially important documents right on the desktop.

The appearance of the camera in lipstick was preceded by a large work of operational KGB officers in choosing the most suitable manufacturer, then a special laboratory of the OTU KGB created several mockups, and after repeated tests, the new unique special equipment was transferred to the GDR intelligence. The ladies-agents appreciated the excellent camouflage and simple control of the micro-camera, which could take pictures and at the same time correct their makeup. Photographing was done by rotating the bottom of a tube of lipstick. At the same time, the shutter was cocked in one direction and the film was rewound for one frame. And accordingly, when the lipstick was rotated in the other direction until the stop, the shutter was released and the document lying on the table was photographed.

Nobody aroused suspicions about lipstick manipulations, especially since the ladies-agents always wore ordinary lipstick and another one in their purse, the same one, but with a micro-camera inside. Veterans of the KGB told the author of the article that all stages of the creation and operational implementation of the “Lipstick” were under the personal control of Vladimir Kryuchkov, the head of the PGU KGB.

Today, digital technology has almost completely superseded the classic film cameras, which led, for example, to the loss of leading positions in the photo market of the famous Kodak company, which did not have time to adjust to the changed interests of customers. The same happened with a huge arsenal of special film photographic equipment, which with the advent of digital technology remained unclaimed and is now stored in warehouses, waiting for the next inventory, ending, as a rule, with the destruction of the once unique and very expensive samples.

Together with the destruction of special photographic equipment, the very история design, creation and use of a special film photogallery of the KGB, which was considered the best among the leading intelligence agencies of the world in terms of quantity, range and frequency of model upgrades, as well as in terms of the volume and quality of information received. For example, Peter Wright, deputy director of British counterintelligence MI-5 on scientific and technical issues, expressed sincere admiration for the “pocket-type copying machine in the cigarette case” found in 1961 in the year of Konon Young, the famous Soviet intelligence officer-illegal. In the cigarette case was built the world's first camera, making copies by rolling on the document.

It must be said that the design, development and production of special photographic equipment have always been unattractive directions for the Soviet and Western concerns of the photo industry. Compared with ordinary cameras, special photographic equipment, as a rule, was ordered in small batches, which was unprofitable for the main production indicators of photo-optical enterprises. In addition, all the stages of the production of special photographic equipment, from the development of sketches and drawings to the testing of experimental and serial samples, had to be classified. For this purpose, special secret departments and workshops were set up at the enterprises, all of whose employees received the appropriate permits issued after the candidate’s thorough verification by the KGB.

For the fulfillment of all requirements for admission, thorough control was conducted by counterintelligence officers, whose main task was to prevent the leakage of any information about the special equipment produced, materials and technologies used. And the developers and designers themselves did not have the opportunity to speak at major domestic or international symposia with reports on their inventions, new ideas implemented, or simply to proudly boast of samples of new products from their teams. Even memoirs and simple printed memories were strictly forbidden for specialists of all levels of this special photo industry of the KGB, closed from prying eyes.

This article is a tribute and memory to those many and so far unknown, real heroes of the invisible Cold War front: design officers, designers and mechanics, as well as veterans of the operational and technical service of the PGU KGB, who created a unique arsenal of Soviet operational equipment and developed its methods of use. Including this masterpiece of the twentieth century - a micro-camera in lipstick, with which the intelligence services of the GDR and the KGB obtained invaluable documentary materials.

Ctrl Enter
Noticed oshЫbku Highlight text and press. Ctrl + Enter
We are
Legendary Stasi: 65 years ago was created by the MGB GDRThe KGB vs. the CIA
Military Reviewin Yandex News
Military Reviewin Google News
6 comments
Information
Dear reader, to leave comments on the publication, you must sign in.