April 13 2016
12
The US command of special operations forces USSOCOM tested various "invisible boats" for use by reconnaissance and sabotage units and special forces of the US Navy. Although these tests were carefully hidden, over the years several boats were still spotted by onlookers. Recently, USSOCOM began the commissioning process of semi-submersible "invisible boats" of the SEALION family, attributing them to the category of a heavy combat boat CCH (Combatant Craft Heavy). 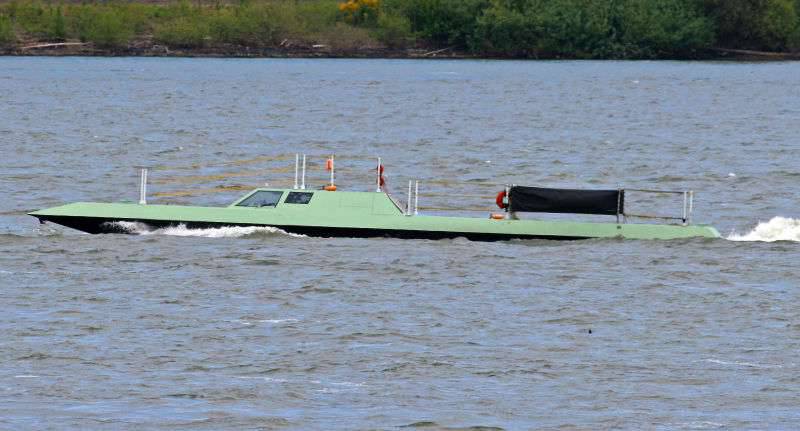 The first boat, currently known as the Alligator class, was made no earlier than the middle of the 90-s, and its design was later significantly improved. After testing by the US military Alligator boat was transferred to the Israeli military. 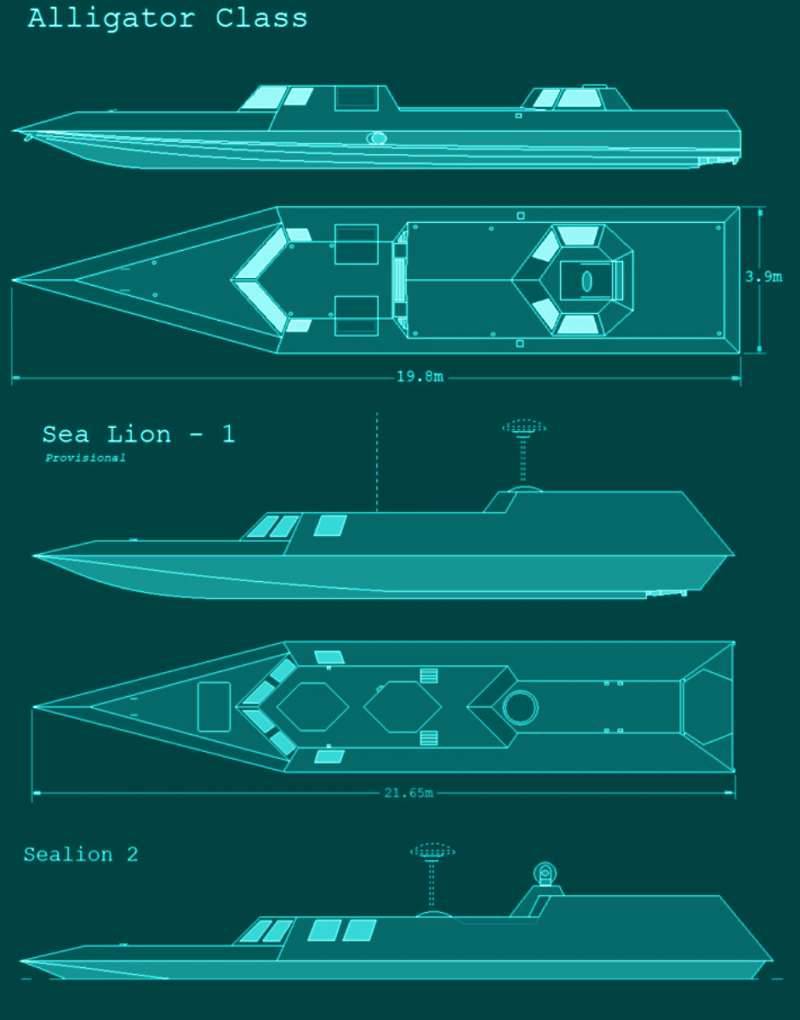 A small company, Oregon Iron Works, designed and built a series of boats for sabotage forces that are currently used by Israeli Navy special forces and US Navy special forces. The original patents were granted in 1990, and they may well have been influenced by Italian submersibles. Illustrations from the patent 1993 year: 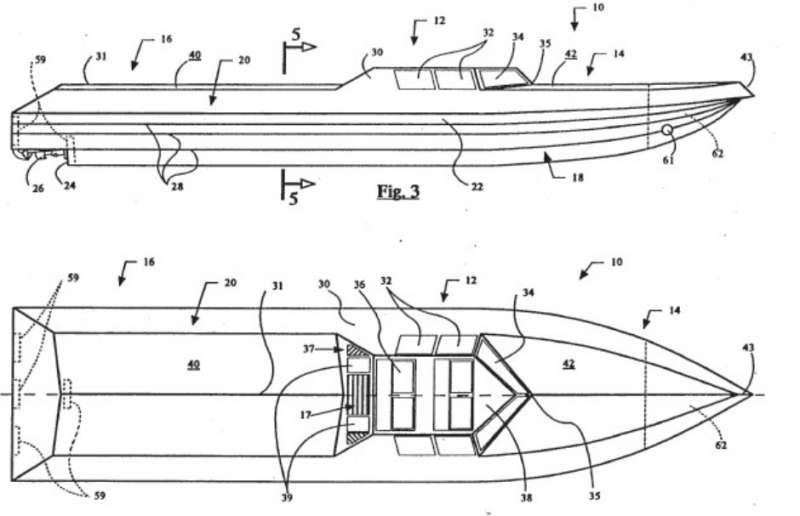 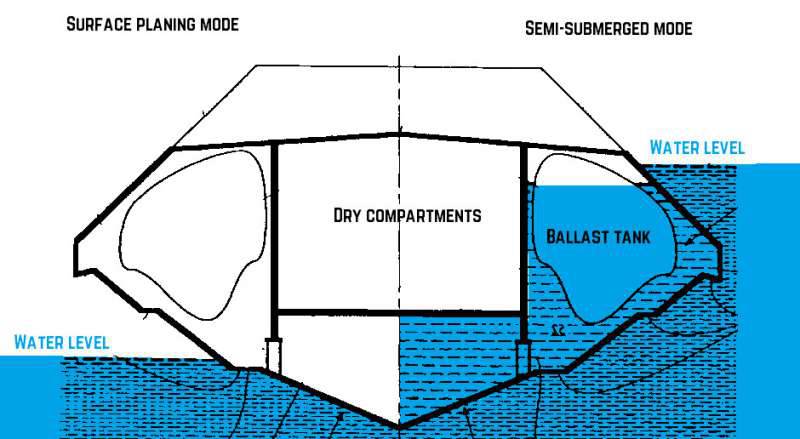 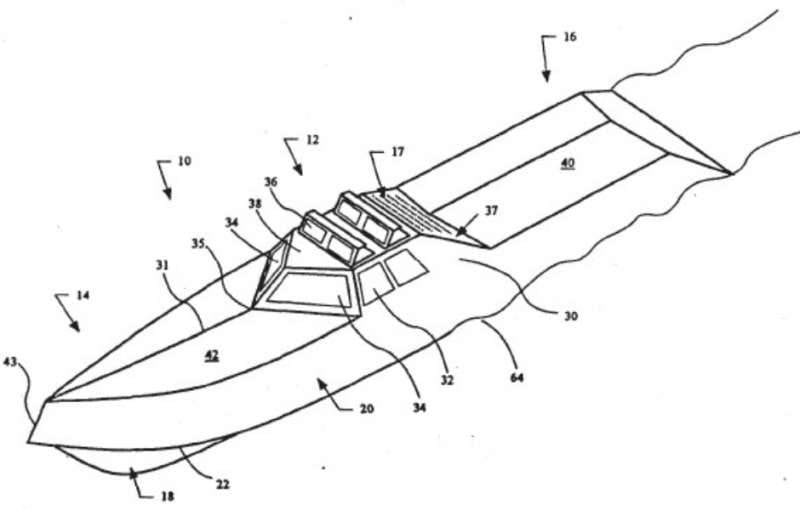 Following the Alligator class was followed by the Sealion class (SEAL Insertion, Observation and Neutralization - the introduction of observation and neutralization, maritime special forces), which was designed for the introduction and withdrawal of special forces in a complex combat situation. It was designed on the basis of Oregon Iron Work's proprietary technology in collaboration with the department of combat vessels of the US Navy's surface weapons development center. 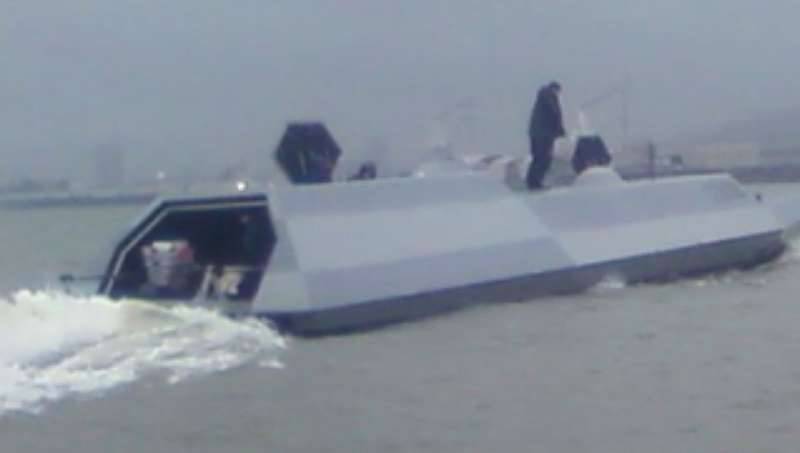 SEALION-I was delivered in January of the 2003 of the year and, together with the improved model of the SEALION-II, passed advanced tests of the naval special forces to the 2013 of the year. The cost of the program was approximately 10 million dollars. In 2013, the two hulls were upgraded and refined to full operational readiness. The Sealion boat is slightly longer than the Alligator, has a larger aft cockpit that can accept two rigid-hull inflatable boats of the RHIB type. After folding the masts in the special compartments, hydrocycles and underwater vehicles for the transportation of divers can be transported.

The new stealth boat was built by Oregon Iron Works in 2013 and later entered service with the Israeli fleet, mainly as a replacement for the original Alligator. 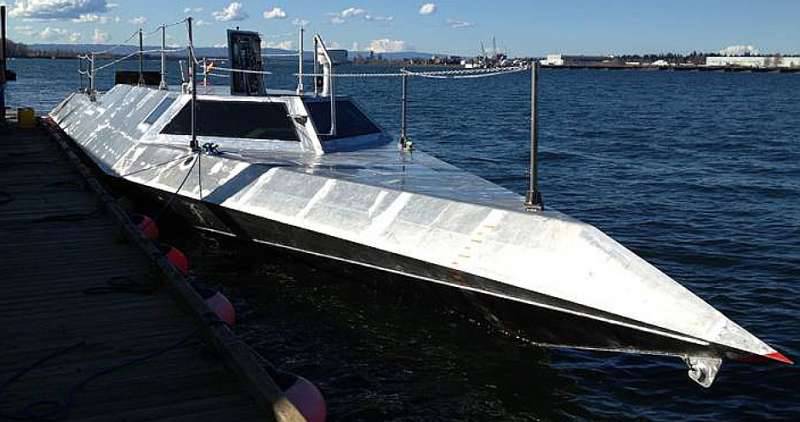 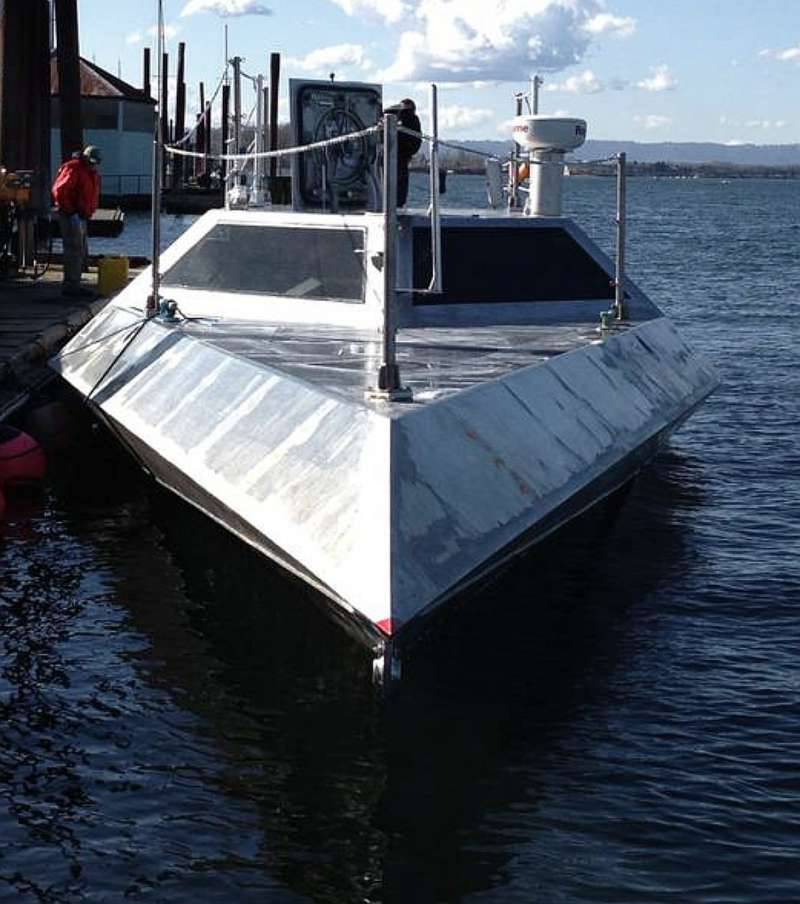