April 8 2016
9
All helicopters Mi-8AMTSh army airbase aviation in Transbaikalia equipped with individual complexes EW "Vitebsk", the press service of the Eastern District on the website Ministry of Defense of the Russian Federation. 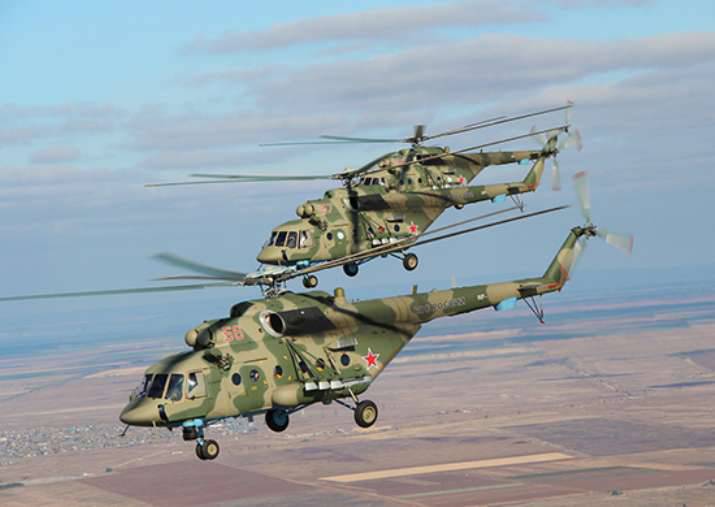 “Until the end of 2016, this system also plans to equip attack helicopters Mi-24, which are part of the air base,” the release notes.

According to the press service, "the modernization of helicopters is carried out at aircraft repair factories in the Zabaykalsky and Khabarovsk territories, as well as at an aircraft factory in Ulan-Ude."

It is reported that the "aviation complex" Vitebsk "is made on the principles of EW and is designed for individual protection of the helicopter from anti-aircraft missiles and radar. Protection is carried out by setting optical and electronic noise. "

“The Vitebsk complex is also capable of protecting against missiles with a thermal homing head. The system forms an “electronic dome” around the helicopter and blinds enemy missiles with a laser spotlight, ”explained the district.

Ctrl Enter
Noticed oshЫbku Highlight text and press. Ctrl + Enter
We are
The action “Military service under the contract is your choice!” In Rostov-on-Don: future contract servicemen, exhibitions and “Russian Knights”Modernization of BMD
Military Reviewin Yandex News
Military Reviewin Google News
9 comments
Information
Dear reader, to leave comments on the publication, you must sign in.