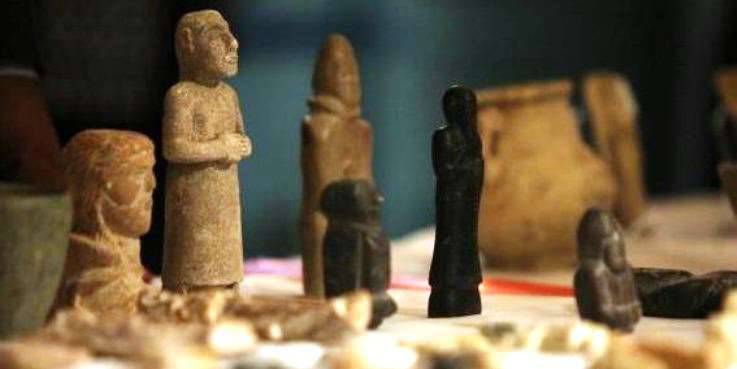 Earlier, Russia's Permanent Representative to the UN, Vitaly Churkin, sent a letter to the UN Security Council outlining the sales of artifacts stolen from the conflict zone in Turkey.

“Extremists export antiques from Syria and Iraq mainly through Turkey. The largest center of smuggling of cultural heritage is the Turkish city of Gaziantep, where stolen valuables are put up for sale at illegal auctions, sold through a network of antique shops and in the local market "Bakirjılır Charshysy" (Szhekeroglu district, Eski Saray str.), The newspaper quotes the letter Look.

"These facts are being seriously investigated," the Turkish Foreign Ministry said.

"Turkey will do everything in its power to protect cultural treasures, which are the common heritage of mankind, and to ensure that they will be handed over to future generations",
promised the representative of the foreign ministry.

Ctrl Enter
Noticed oshЫbku Highlight text and press. Ctrl + Enter
We are
Vitaly Churkin against "energy Samantha" in the UN Security CouncilOf the Russian Federation in the UN: Yanukovych asked Putin to engage the Russian troops in Ukraine
Military Reviewin Yandex News
Military Reviewin Google News
23 comments
Information
Dear reader, to leave comments on the publication, you must sign in.