April 8 2016
27
The call "Spring-2016" is gaining momentum, and traditionally - a week after it began - 8 April in Russia is celebrated the Day of the staff of military commissariats. This is a kind of reminder to the staff of the w / c that it is precisely early to relax, and every effort should be made to fulfill the call plan for the current period. 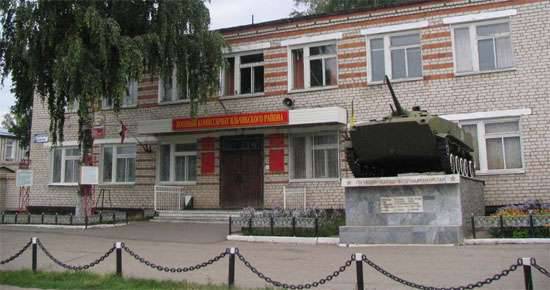 If we talk about why the day of the employees of the military commissariats is celebrated on April 8, the main reason is that on this day, on the basis of the decree of the Council of People's Commissars, called "On the establishment of volost, county, provincial and district commissariats for military affairs" as the regional commissariats of military affairs would say now. Since then, in Russian, the word “military registration and enlistment office” has begun to conquer “a place under the sun” for itself, and during the years of its existence it has acquired an unequivocal meaning.

It should be noted that the spring call 2016, the special. The fact is that on the basis of data obtained after the collection of military commissars of various military districts of the Russian Federation, the number of otkazniks has significantly reduced, and perhaps for the first time the number of young people who want to repay their debt to the Motherland has exceeded the planned figures for the recruiting campaign. Employees of military registration and enlistment offices have the opportunity to choose what else, just a few years ago, it looked like utter utopia.

To increase the efficiency of work with the staff of the military commissariats, various power ministries and departments are working, including in the form of training and methodological fees. Moreover, not only the chiefs of draft offices of the district military registration and enlistment offices, but also specialists of the professional selection, chairmen of the military-medical commissions and heads of municipal departments are involved in the training, which is important.
Under the leadership of the military commissars, a thorough study of the regulatory framework relating to the draft campaign is being conducted. In addition, the main objectives for the upcoming call and tasks of a promising nature are defined.

One of the tasks is to increase the level of pre-draft preparation, which, after the collapse of the USSR in the country, was in fact failed. If in Soviet schools pre-conscription (initial military) training was given great attention, then the ideology “we have no, and there can be no enemies” led to the collapse of not only methodological and material-technical, but also human potential. “Pepsi generation” was explained on fingers that it wasn’t necessary to study shooting, first aid, the use of personal protective equipment, survival skills outside their own couch (“Pepsi generation”), and indeed such training - “chickens to laugh” . “Why prepare for the army if only suckers go to serve in the army.” This thesis was mercilessly exploited at a time when, in Russia that had not recovered from the collapse of the Soviet Union, another bloody strife was brewing with external assistance, with a clear aim for Russia to expect the fate of the USSR.

And we must pay tribute to those officers of the military commissariats and members of draft commissions who did not hunt for bribes from wealthy relatives of the otkazniks and did not draw fake “certificates”, but made every effort for the institution of the Russian military draft to be preserved so that the army would be provided with young recruits. 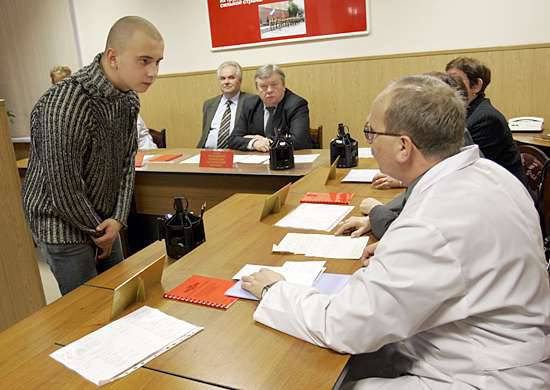 We must pay tribute to all those officers of the district military registration and enlistment offices who understood what the honor of the uniform was and were not ready to sell it for a tight bundle of bills or for the promise of a new darling dad from a negligent youth.

We should not forget that the work of the staff of military registration and enlistment offices is connected not only with the preparation and course of the draft campaign. The military commissariats are involved in the process of providing legal assistance to military personnel, the design of specialized documentation, the formulation and removal from military registration. In addition, members of the military unit are actively engaged in assisting other types of assistance, for example, in the search for missing persons and burial places for dead servicemen, including soldiers of the Great Patriotic War. 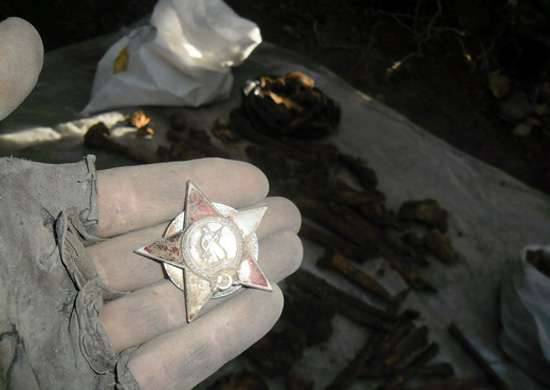 Citizens turn to the military commissariats of the regions with a request to help find the graves of relatives killed during the various armed conflicts. Thanks to the hard work of the staff of the military commissariats and members of the search teams, the remains of hundreds of fighters who died during the Great Patriotic War are found annually. Many find their names and are included in the regional books of memory - the book of the heroic storiestelling about the feat of the people.

"Military Review" congratulates the staff of the military commissariats of the Russian Federation on their professional holiday!