April 7 2016
19
Press Service of the Ministry of Defense of Belarus spreads the message about the joint exercises of Belarusian and Russian airborne troops that started in the Brest region. The servicemen perform landing in specified areas during the day and at night, make marches, and also solve anti-diversional tasks, destroying conditional enemy groups. In total, about 400 servicemen of the Armed Forces of the Russian Federation and the Republic of Belarus participate in military maneuvers.

The message also says that about a hundred units of various military equipment were involved in the maneuvers. Landing is made from aircraft military transport aviation RF and Belarus. 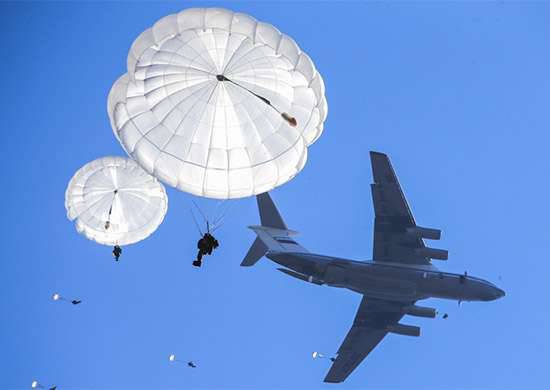 From the press service of the Ministry of Defense of the Republic of Belarus:
The joint fulfillment of combat training tasks will help improve the skills of commanders of all levels in managing subordinate units in close cooperation and in difficult conditions of the situation, as well as allow them to evaluate their ability to maximize the full potential of existing forces and equipment.

Ctrl Enter
Noticed oshЫbku Highlight text and press. Ctrl + Enter
We are
The action “Military service under the contract is your choice!” In Rostov-on-Don: future contract servicemen, exhibitions and “Russian Knights”Russian and Belarusian paratroopers will hold a joint battalion tactical exercise
Military Reviewin Yandex News
Military Reviewin Google News
19 comments
Information
Dear reader, to leave comments on the publication, you must sign in.