Will Alchevsk Monument to the Brain?

April 7 2016
10
It all started with the Internet broadcast, in which we briefly tried to set out our vision in the investigation into the death of Alexei Brain. Of course, everything did not turn out as smoothly as we would like, but we are not experts in this. Lovers.


It so happened that this program, which was broadcast on the LPR, was also listened to by Yuri Valerievich Shevchenko, the former chief of staff of the brigade / battalion "Ghost", and now the deputy commander of the 4 brigade. And in the second part, he joined the conversation at the invitation of the presenter.

By the way, it is highly recommended to get acquainted with his opinion of those gentlemen who constantly make reproaches to us about our investigation. Like Mr. Leprechaun. Well, if the opinion of Shevchenko is nothing to you ... Well, God be with you then.

In general, Yuri Valerievich special thanks for the coloring of several white spots. But more about that later.

One moment came up in the conversation, which we discussed in great detail after the broadcast.

May 23 will be exactly one year from the moment of the events we are paying attention to today. And in this regard, the question arose about the installation in Alchevsk of the Brain monument. The initiators, of course, became the command and the fighters of the battalion. Plus, the idea was supported by several societies in Russia. Funds were found, there were no problems.

The problem was different. The authorities of Alchevsk for some reason did not express enthusiasm for the installation of the monument. More precisely, they do not mind that the monument was. But at the burial site, as stated in the official response. That is, at the cemetery.

In fact, you can install anything at the cemetery. Suffice it to recall the growth monuments in 90-e in Russian cities, which were installed by the "brothers" to their colleagues who fell in battles with competitors or law enforcement agencies. But here the case is somewhat different. 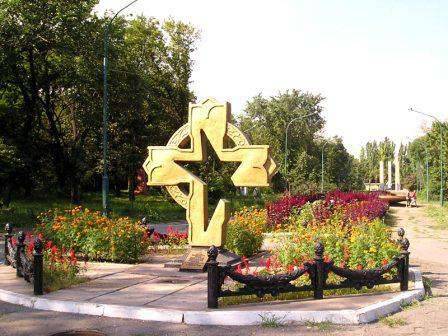 Monument to the soldiers and officers of the Red Army 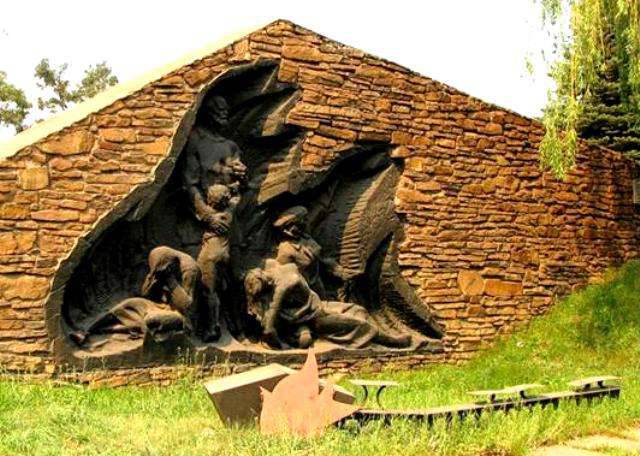 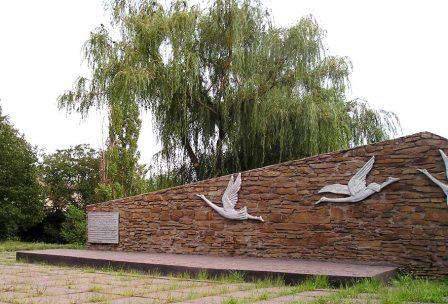 Mass grave of victims of fascism 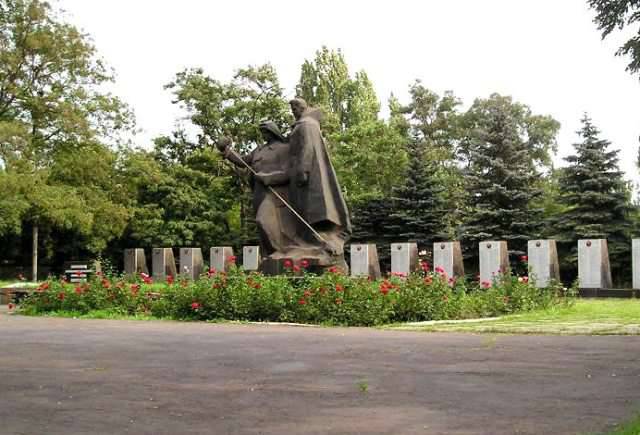 Monument to Soviet soldiers-metallurgists who died in World War II 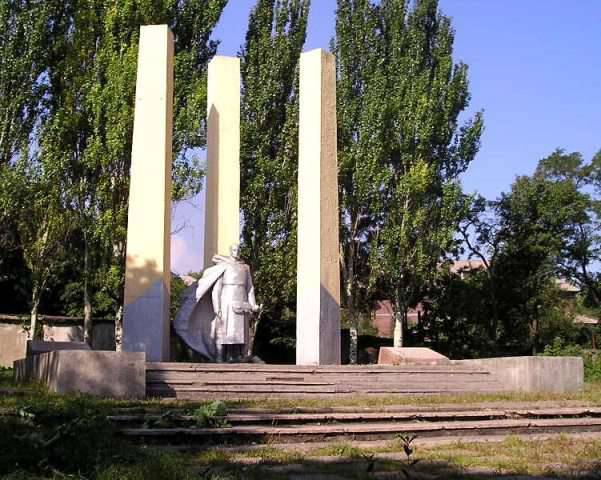 Another monument to Soviet soldiers, opened on the eve of the 30 anniversary of the liberation of Ukraine from the Nazi occupiers 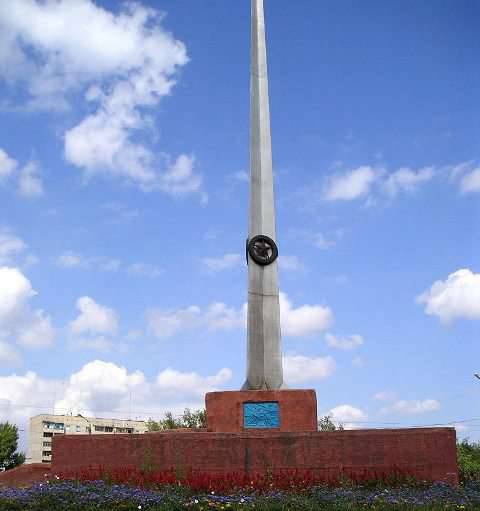 Monument in honor of the 20 anniversary of the victory over Nazi Germany. Height of 30 meters, cast from stainless steel at the Alchevsk Combine 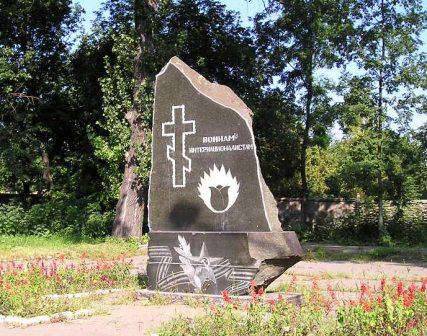 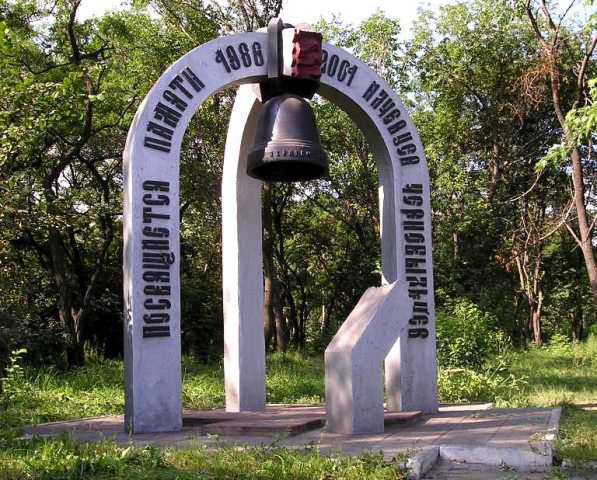 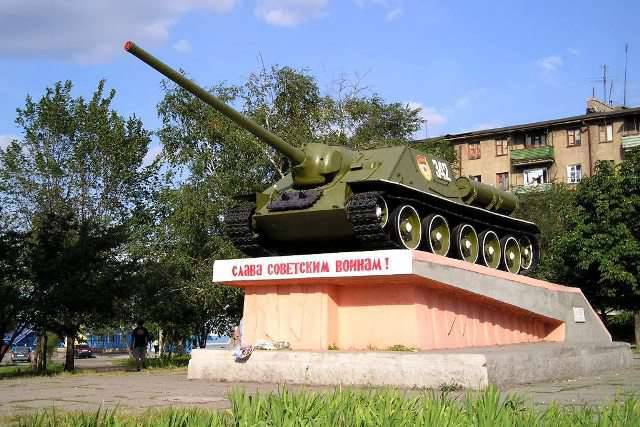 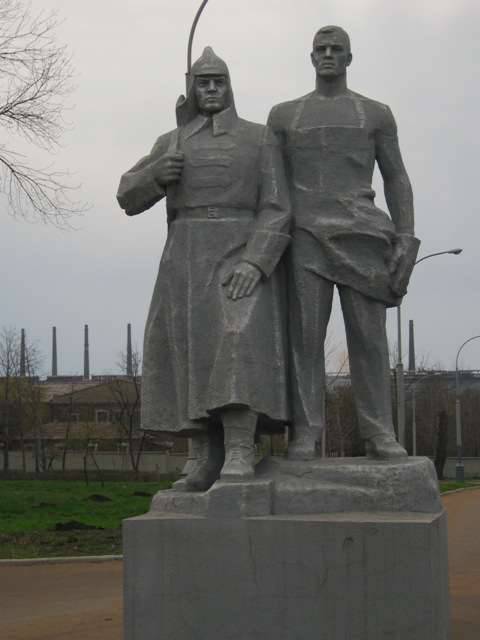 Monument to metallurgists-fighters for the Soviet power

There are also monuments historical personalities. To the founder of the city, industrialist and philanthropist Alexei Kirillovich Alchevsky, for example. 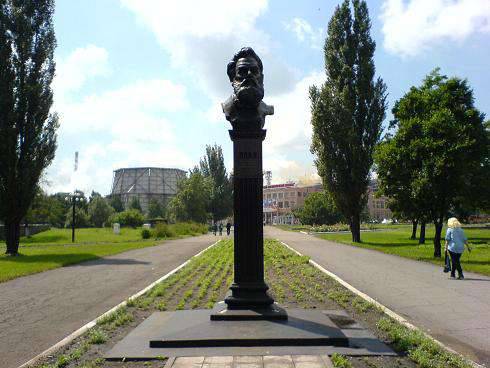 It’s hard to say what this attitude is about. You can come up with many arguments, you can even refer to Russia, where Nemtsov was not allowed to erect a monument. But forgive me, where is Nemtsov, and where is Brainstorming?

In addition, the Brain Monument could become a common monument for all fighters of the brigade who died in the battles for the republic. There is a common monument for warriors-internationalists, why the memory of warrior soldiers cannot be perpetuated? They are, frankly, more than internationalists.
Or maybe the authorities are afraid that the government will change?

Ctrl Enter
Noticed oshЫbku Highlight text and press. Ctrl + Enter
We are
For which they killed Alexei Brain. Results of the investigationSituational analysis of the death of the MH17 flight (Malaysian Boeing 777), made on the basis of engineering analysis from 15.08.2014
Military Reviewin Yandex News
Military Reviewin Google News
10 comments
Information
Dear reader, to leave comments on the publication, you must sign in.