Memorial Day for the dead submariners 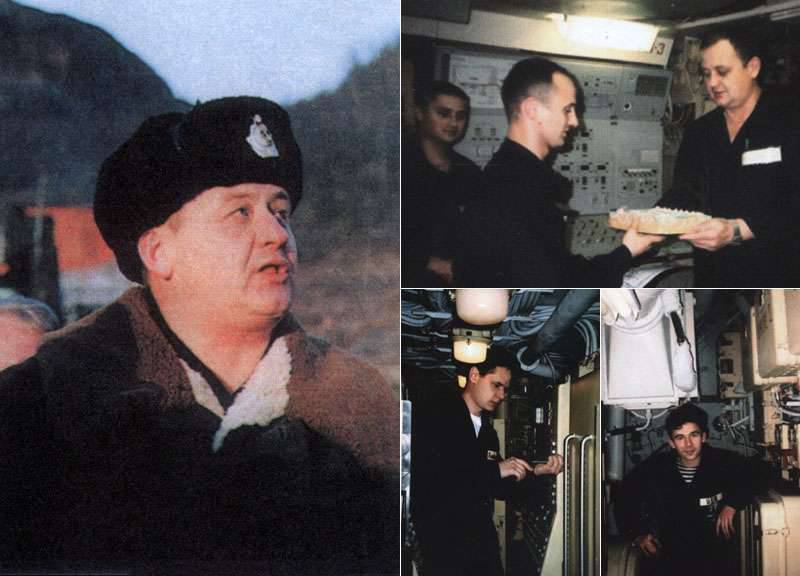 The profession of a submariner remains one of the most dangerous military professions. Regardless of whether wartime or peacetime, the sailors of the submarine fleet regularly risk their lives. No one knows if they will be able to return from a hike. And it is very important to remember those people who will never raise a toast on the Day of the Navy, will not do many things that could be done if they choose a different way of life for themselves. But the path chosen by submariners cannot be disregarded. This is the path of risk, the path of courage and military honor. Who in Russia does not even know the names of the submarines that crashed during peacetime. However, can it be peaceful for submariners? After all, the submarines are always on duty, and every day soldiers - submarines carry their service.
After 11 years after the tragedy on the Komsomolets nuclear submarine, a no less terrible story befell the Kursk nuclear submarine. 12 August 2000, the explosion of a torpedo ammunition in the first compartment of the submarine, the entire crew of the submarine, the 118 man, was tragically killed. Officers, warrant officers, sailors of the Russian Navy died in the line of duty, fulfilling their duty to protect the Russian state. As is known, 10 August 2000, according to the plan of the Northern Fleet exercises, the Kursk went to sea to carry out a combat training task near the Kola Bay. The submarine commander was the captain of the 1 rank Gennady Lyachin.

The graduate of the Higher Naval School of Diving named after the Lenin Komsomol Gennady Petrovich Lyachin was 45 years old. Gennady Lyachin was appointed commander of the K-141 nuclear submarine cruiser Kursk in the 1996 year. Over the four years of the Kursk command, 1 rank captain Lyachin managed to turn the submarine into one of the best ships of the Russian Navy. In 1999, the K-141 Kursk was recognized as the best in the 7 Division. 10 August 2000, the Kursk nuclear-powered icebreaker went to the open sea for planned exercises. The tasks of the submarine "Kursk" included the launch of a cruise missile and training torpedo firing at a detachment of warships. The boat could accomplish this goal calmly - after all, on board were the X-NUMX P-24 “Granit” cruise missiles and the 700 torpedoes.

The events of that day developed rapidly. In the 11: 28, the hydroacoustics on the cruiser "Peter the Great" recorded cotton. Commander of the ship "Peter the Great" captain 1 rank Vladimir Katasonov did not attach importance to this clap. The fact that the submarine "Kursk" crashed, the command of the fleet learned in the evening. In 23.00, the submarine commander did not reconnect. In 23.30, the nuclear submarine "Kursk" was declared "emergency". However, rescue work began late. They continued from 13 to 22 in August and were carried out by the forces of the Northern Fleet of the Russian Navy. Only 20 of August, ten days later, the Norwegian vessel Seaway Eagle was allowed to rescue. On board were qualified specialists in the conduct of underwater emergency rescue operations. On August 21, specialists from the Norwegian ship managed to open the aft escape hatch of the nuclear submarine Kursk. However, it was already too late - it remained only to save the bodies of the dead Russian sailors and the documents that were on the nuclear submarine. Six Russian and six Norwegian divers were directly involved in the rescue operation. But their efforts were in vain - already none of the crew members of the Russian submarine could not be saved.

Only a few days after the incident, Russian President Vladimir Putin interrupted his vacation, which he spent in the city of Sochi. The words of the Russian president were spread all over the world - when asked by American TV host Larry King about what happened to the Kursk submarine, the president answered concisely - “She drowned”. Subsequently, these words of the Russian president will be the reason for numerous speculations on the part of his political opponents and opponents. In accordance with the presidential decree of 26.08.2000 No. 1578, everyone on board was posthumously awarded the Order of Courage. The commander of the nuclear submarine "Kursk" captain 1 rank Gennady Lyachin was awarded the title Hero of the Russian Federation posthumously.

The death of the submarine "Kursk" has caused numerous disputes in the top naval leadership of Russia. In 2002, the commander-in-chief of the Russian Navy, Vladimir Kuroyedov, stated that the command had made a number of mistakes, which, however, could not be the cause of the terrible tragedy that unfolded on the Russian submarine. Naturally, after the publication of official data on the death of the submarine "Kursk", the question arose about what could have caused the tragedy. According to the official version sounded by the Prosecutor General of the Russian Federation Vladimir Ustinov, 11 hours 28 minutes 26 seconds Moscow time there was an explosion of the torpedo 65-76А ("Kit") in the torpedo tube number 4 of the nuclear submarine Kursk. 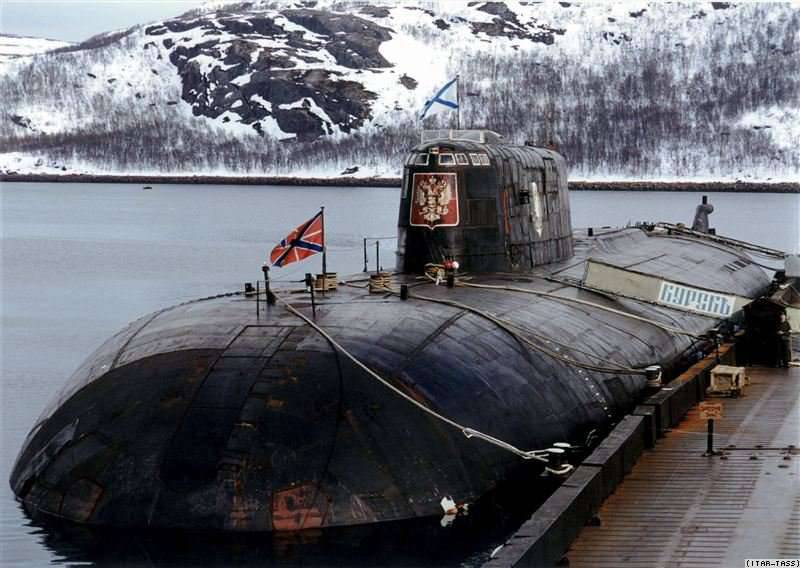 Another widespread version suggests the possibility of a collision of a nuclear submarine "Kursk" with a certain underwater object. Thus, the captain of the first rank, Mikhail Volzhensky, who once was a member of a government commission that accepted a submarine from a military industrial enterprise, is convinced that the torpedo in the nuclear submarine apparatus could have jammed due to a strong mechanical strike on the hull. Admiral Vyacheslav Popov, who at that time held the post of commander of the Northern Fleet of the Russian Navy, agreed with this version. Thus, according to the admiral, an unidentified submarine could crash into the "most vulnerable spot" of the nuclear submarine Kursk. Light on the causes of the crash of a Russian nuclear submarine could be shed by the logs of the central nuclear post, the rough logbook, the logbooks of the left and right side control of the Kursk nuclear submarine, which, by the way, were discovered during rescue operations on board the submarine . However, the analysis of these documents did not give naval experts comprehensive information on the causes of the death of the submarine.

The death of the Kursk nuclear submarine was a tragedy not only for seafarers of the Russian submarine fleet and their family members, but also for millions of caring Russian citizens, residents of other states, primarily the republics of the former Soviet Union. Commemorative signs were installed in memory of those killed in a whole number of cities in the country. Among these cities are Moscow, St. Petersburg, Nizhny Novgorod, Zaozersk, Severodvinsk, Sestroretsk, Sevastopol, Kursk, a number of other cities and towns of the Russian Federation. In Volgograd, on the school building number 85, a memorial plaque was opened in honor of its graduate captain 1 rank Gennady Lyachin, who served as commander of the nuclear submarine Kursk. A number of schools in various regions of the Russian Federation are named after the officers and sailors of the nuclear submarine Kursk.

The profession of a seaman - submariner and today is considered one of the most difficult, most risky and honorable military professions. Submariners, regardless of titles, experience and qualifications, are regularly exposed to mortal risk. At any time, a submariner, whether an officer, midshipman, foreman or sailor, can die. This is known and appreciated not only by colleagues, but also by the command of the Navy of the Russian Federation, the leadership of the Russian Federation. But, despite the numerous risks associated with the daily service of submariners, this profession does not cease to be one of the most respected and revered in the Armed Forces of the Russian Federation. As before, thousands of young people are striving to link their life path with service in the submarine forces of the Russian Navy. On Memorial Day for the dead submariners, all of us who are involved in and not involved in this heroic service, it remains to honor the memory of real heroes who gave their lives in the name of our country, who found their last refuge in the depths of the sea. Eternal memory to you, heroes, submariners!